The cryptocurrency market has been shaken by two breaking news. The first one concerned the US President Donald Trump falling victim to COVID-19, which puts a huge question mark on the presidential race in its final stages.

But it was probably the second one that triggered another large selloff across the entire market - Arthur Hayes, the founder of the cryptocurrency exchange BitMEX, was indicted, along with a few of his colleagues, by the US authorities for allowing a certain Hong Kong company to launder money through this platform. The criminal charges brought onto Hayes by the New York prosecutors sent a clear signal to the entire crypto industry that the long arm of the law can reach the centralized exchanges and their users at any given moment.

These developments forced the market to go all red (90% losers and only 10% gainers), including Monero (XMR) that lost 10.1% in the past 24 hours in the second episode of a big price dump that took place this fall. Besides, Monero has long been the fixation point for the American financial authorities, namely the Internal Revenue Service (IRS), that had awarded large contracts to Chainalysis and Intergra FEC for developing the tools to trace Monero transactions as well as the Layer-2 protocols.

However, the year-to-date chart below shows that the witch hunt on the top privacy coin didn’t have any significant effect on the price action as the 16th cryptocurrency keeps on making its way to the upside against all odds. 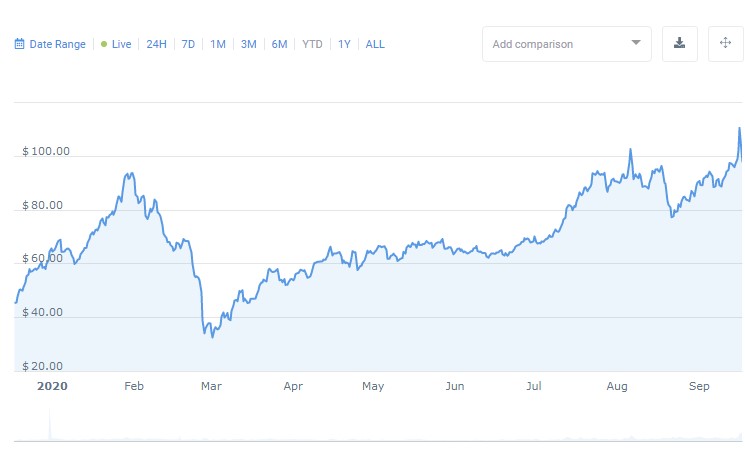 The gains achieved by XMR over the past year can’t be compared, of course, to those showcased by some DeFi tokens, but making 75% to the upside against USD and 37% against BTC can be considered as a decent result for the older altcoin and is already past its price peak at $593. Right now, Monero is priced at $97.62, following the mentioned 10% drop in a day, though its gains from last week remained on the positive side: 6% against USD and 6.7% - BTC.

The weekly chart tells us that XMR remains in the bullish mood, despite the turmoil of the past month as the price action persists moving inside a neat ascending channel with no observable intention to break it to the downside. 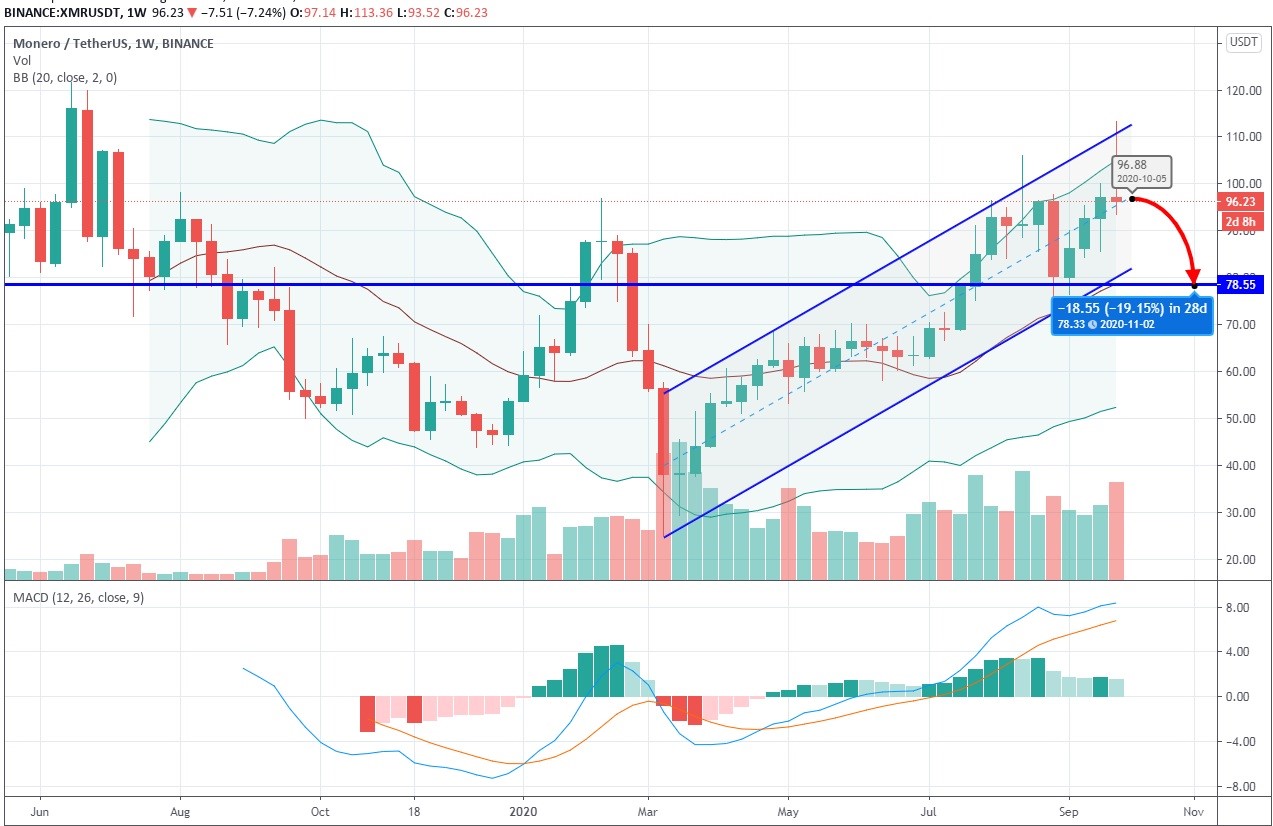 On the contrary, the fact that the buying volume has been rising significantly over the past three weeks suggests that the buyers were preparing for the breakout to the upside, and it should have happened if the crypto market did roll back due to the events described above.

But, as it often happens in this space, the expectations have almost instantaneously turned in the opposite direction. Now, instead of the breakout, we predict that XMR will retrace to the price level at $80 that converges with the middle line of Bollinger Bands and the support line of the ascending channel.

The showings of MACD on this time frame also remain bullish, though the indicator’s main line has already entered the oversold area, though it has historically proven to be able to stay there for weeks. We predict that Monero will retrace by 19% during the next four weeks to the price levels at $80 - $78.55, but will maintain the overall uptrend structure.