The governments of many countries, especially the pseudo-democratic ones, decided to make yet another attempt at invading our personal space amid the ravaging coronavirus pandemic. It concerns, in no small way, private communication channels, such as smartphones and emails.

In one of the latest instances, Sebastian Kurz, the chancellor of Austria, announced that the government intends to track the citizens by using the location data from their smartphones. Those who don’t own one would be provided a special digital breloque that will exercise the same function. That is not the first such initiative, as the authorities in Italy, China, Vietnam, and Israel have already implemented these measures. The justification is that it makes for efficient means for tracking people infected with COVID-19 - a weak excuse for tightening the grip on citizens’ privacy.

These developments are one of the reasons why privacy coins like Monero (XMR) have been having a marvelous time in terms of gains lately. Perhaps the time had come when people began to realize the importance of preserving personal space and turned their attention to digital coins that provide absolute anonymity.

Monero, ZCash (ZEC), and Grin (GRIN) have made a good bull run over the course of the past week, with XMR being the best performer, maxing out at 22.24% gains during the said period. 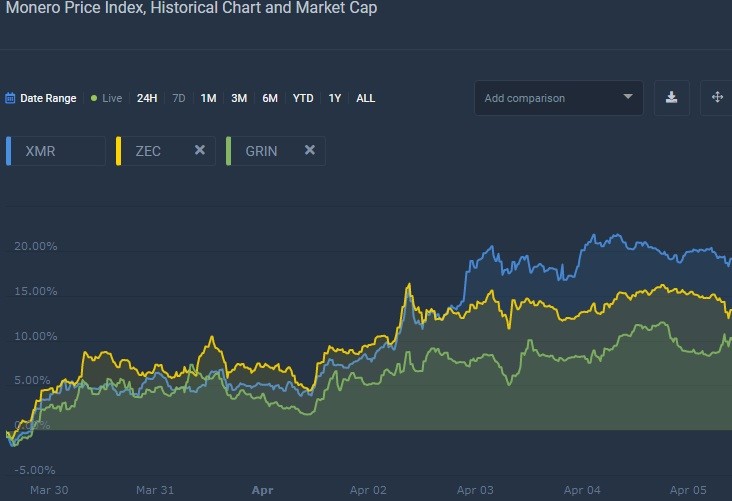 Monero also performed fabulously against USD (16.4%), Bitcoin (4.3%), and Ethereum (3.72%). Moreover, it has outjumped ETH by 26% over the previous 30 days, which puts this coin in the cohort of the prime gainers since the apocalyptic market crash.

One more thrust to full recovery

Those who are concerned about their privacy might become the long-term holders and users of Monero and drive the demand for this coin shortly, once the authorities around the globe start taking similar measures. Therefore, traders should already begin devising their long-term strategies concerning Monero as the currently 12th cryptocurrency might move up a couple of ranks in 2020. All that is needed now to get bullish on XMR is a strong confirmation signal. The preliminary one is already there - the weekly chart reveals the morning star pattern, formed on the back on a massive buying volume for three weeks in a row, significantly exceeding the selling one from January and February. 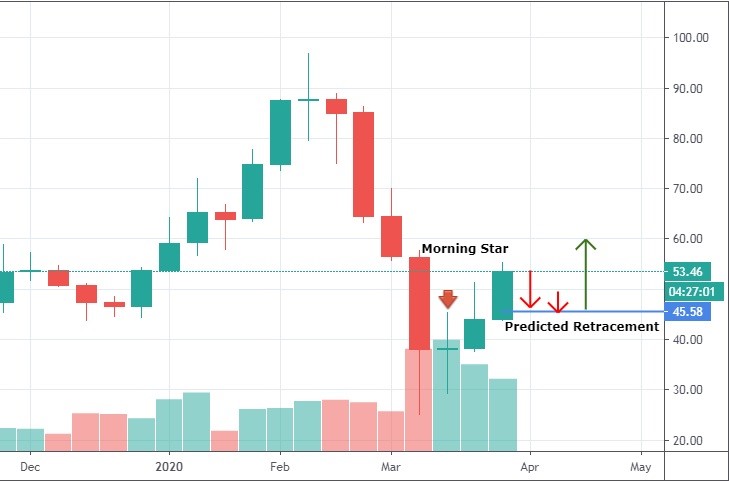 The volume is currently on the decline, which is absolutely normal because we are expecting a retracement to begin after this week’s close. If the first retracement candle, and the one after that, closes above the current bullish one or $45.5 - on the back of the decreasing bearish volume - we can expect a breakout to $60 with the subsequent consolidation in the $50 - $60 range.

On the daily time frame, we can see that the retracement has already begun but please also note that it constitutes a part of a second bullish flag that should also be broken to the upside to confirm the bullish intentions on the market. 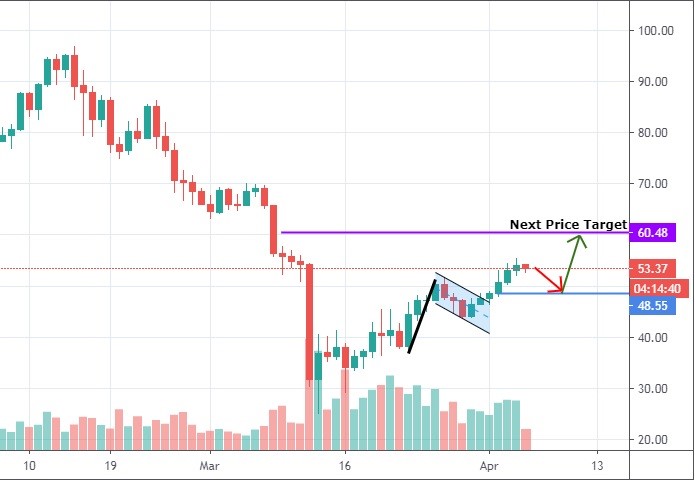 The previous pullback took the price down to $43, which is a healthy 30% decrease from the initial price swing. This time around, our retracement target is set at $48, after which the price should make a run to $60, at which point, XMR could enter a period of consolidation.