After an enthusiastic recovery from the aftermath of the Black Thursday, Monero (XMR) appears to be losing momentum as the price action seems to have begun rearranging for consolidation. XMR was arguably one of the best performing cryptocurrencies in the post-crash market, but now the bears are mounting pressure, although the price still puts up an effort to make higher highs. Could Monero just be taking a breather before another move to the upside, or would the bears steal the initiative?

Several reputable cryptocurrency exchanges, such as Bithumb and Huobi Korea, announced the decision to delist XMR. The delisting was probably one of the main reasons why the otherwise brisk price increase almost went into a skid. 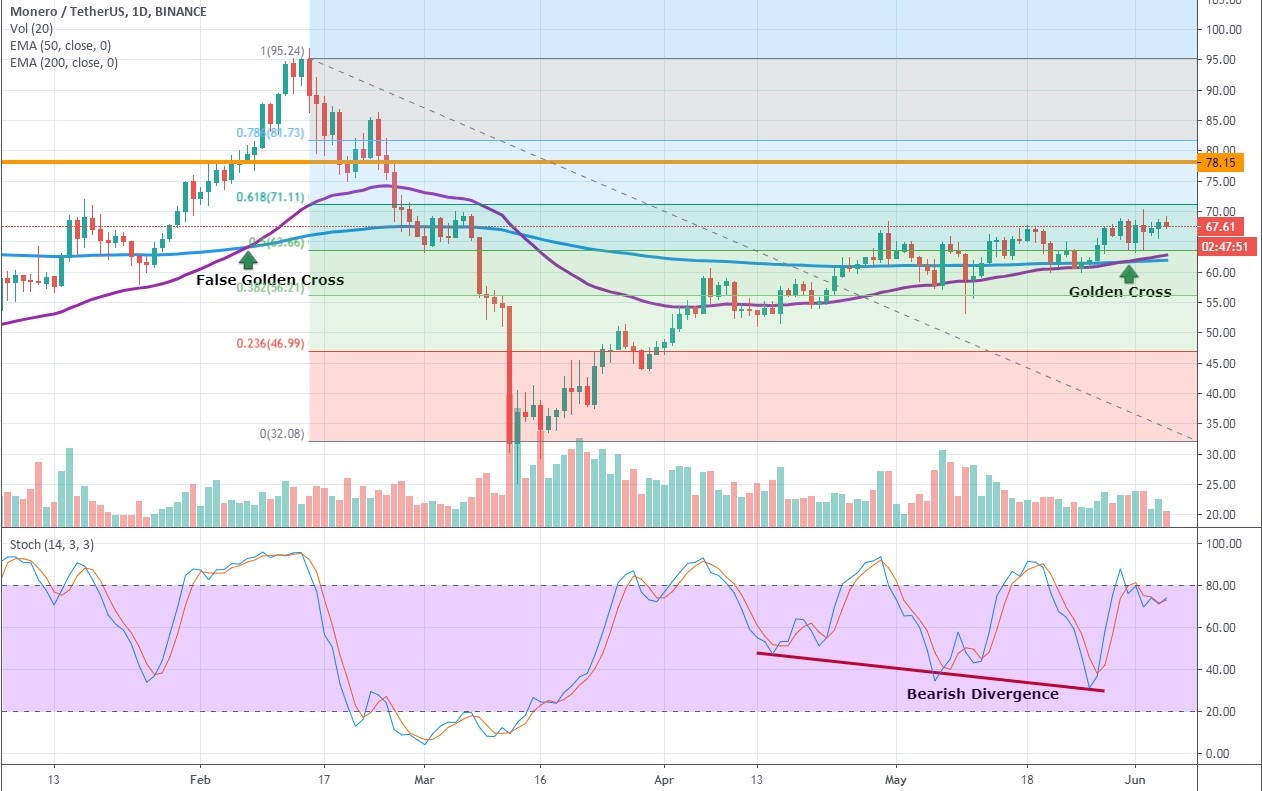 In addition to that, Monero’s arch-rival, Zcash, suffered a severe blow, which was delivered by the researchers from Carnegie Mellon University who claimed that practically all transactions involving ZEC are traceable, mainly because of users’ failure to use the shielded pool without linking it to the transparent one. As to Monero, it was found to be superior in that regard since only about 30% of XMR transactions were traceable.

Therefore, the rising demand for Monero, on the back of the number of XMR transactions that has been growing exponentially since October 2019, suggests that the price of the privacy coin is going to be moderately controlled by the buyers in the foreseeable future, thus putting Monero in the bullish perspective. 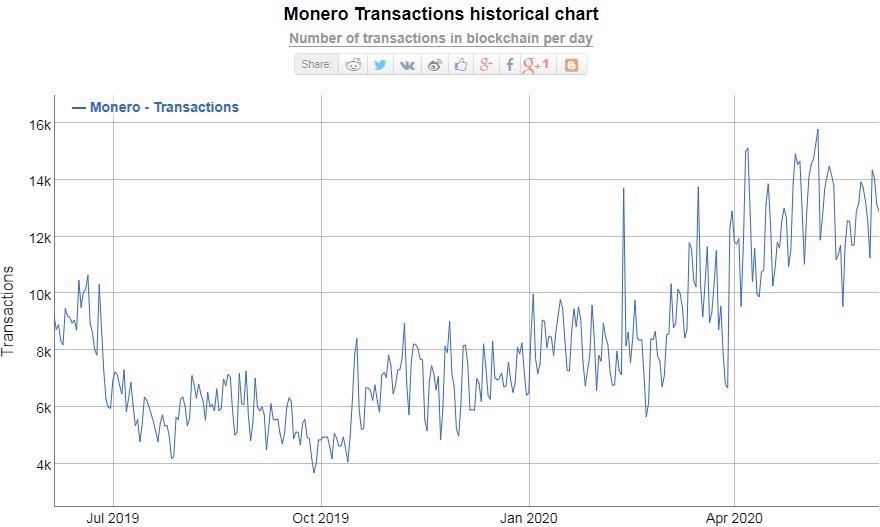 Besides, the 50 and 200 EMA created a golden cross that could further fuel the bullish sentiment, although traders must remember the cruel trick that the golden cross played last time it emerged on the daily chart. Therefore, avoid relying solely on this signal while designing your trading strategy in that market.

Judging from the fact that the volume has been decreasing over the past 30 days, the price of XMR is most likely to go into a consolidation mode for a week or so, moving between the 200 EMA ($67) and 0.618 Fibonacci level ($72), allowing bigger players to gather position. MACD stays above zero in the bullish zone, while Stochastic is yet to enter an overbought zone and appears to be crossing to the upside. But be aware of the massive bearish divergence on Stoch, which could spoil the party for the bulls.