Perhaps the only reason why ZCash (ZEC) has had rather moderate gains over the past twelve months lies in the area of fundamentals, the analysis of which suggests that the team is currently unable to develop the fully operational network, without which it would be virtually impossible to attain the set goal of making ZCash the most widely adopted privacy coin. Despite the fact that the core team is composed of brilliant blockchain experts who are working on the underlying technology at a reasonable pace, the product itself is already lagging behind its main rivals in the face of Monero (XMR) and Grin (GRIN).

However, there is a fundamental driver for further price growth, which is the approach of halving, the execution of which will provide means for dialing down the annual inflation, hence making ZEC mining considerably more profitable. The halving is expected to take place in November, so there is more than enough time for the hype to do its part in driving the price of ZCash to new yearly highs.

Actually, the hype around ZEC halving might be already gaining momentum, considering the way the price responded to flipping the resistance at $53.6 to support by exploding to the upside in an almost uninterrupted 105% bull rally that lasted for five weeks. 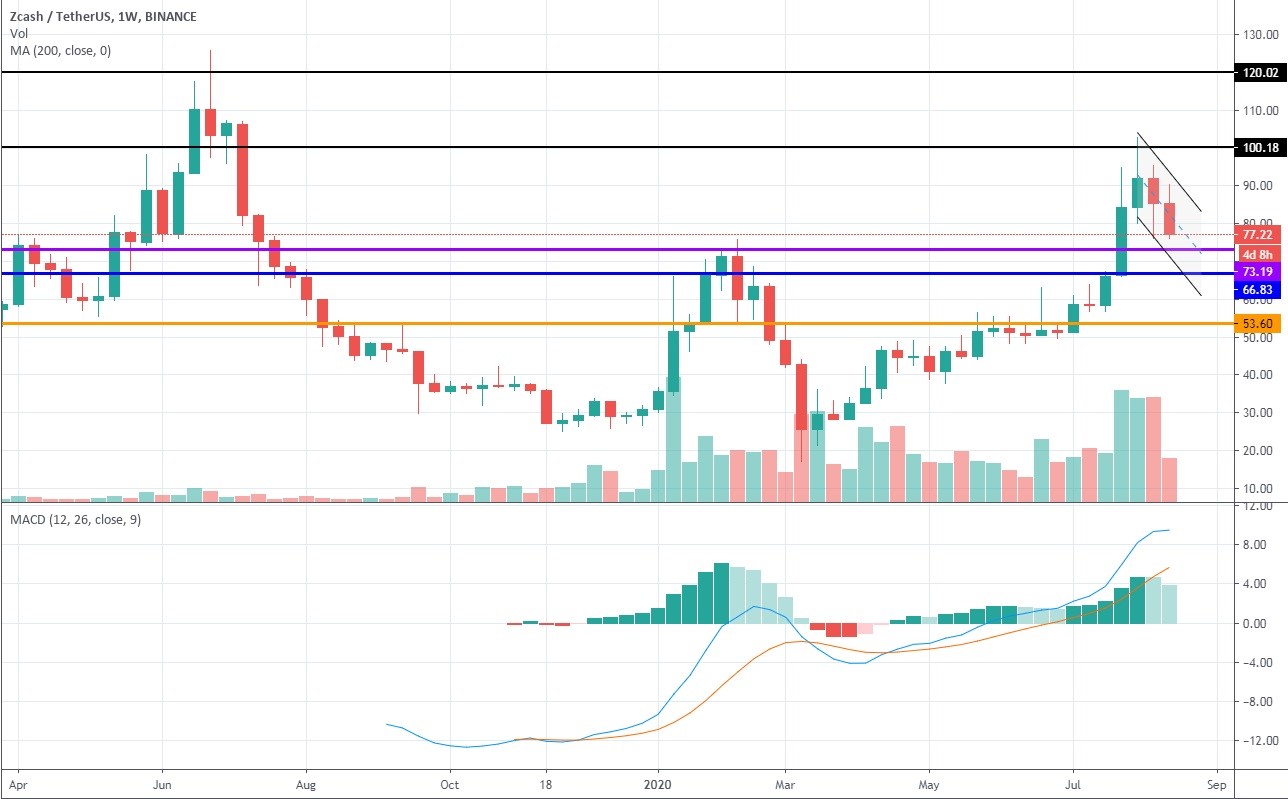 Taking into account the retracement that began after ZCash got rejected decisively upon reaching the psychological price level at $100, the privacy coin has already recovered the last year’s losses, along with those suffered during the March flash crash, to showcase the 50.1% gain against USD on the yearly scale. ZEC did slightly worse against Bitcoin but still managed to outperform it by 34.8%.

We have established four important levels of price action on the weekly time frame, the interaction with which will determine the future course of ZCash.

Our ZEC price prediction is that driven by the growing hype around halving, the price will eventually make its way above $100 upon resolving the bullish flag to the upside. Before that, we expect a slightly deeper retracement to $66.83, considering the overbought situation on MACD.

The probable bull trap in the Bitcoin market

The situation in the pair with Bitcoin is less bullish compared to that in the USDT one as the altcoin has failed to entrench above 755,000 satoshis and headed for a deep pullback. 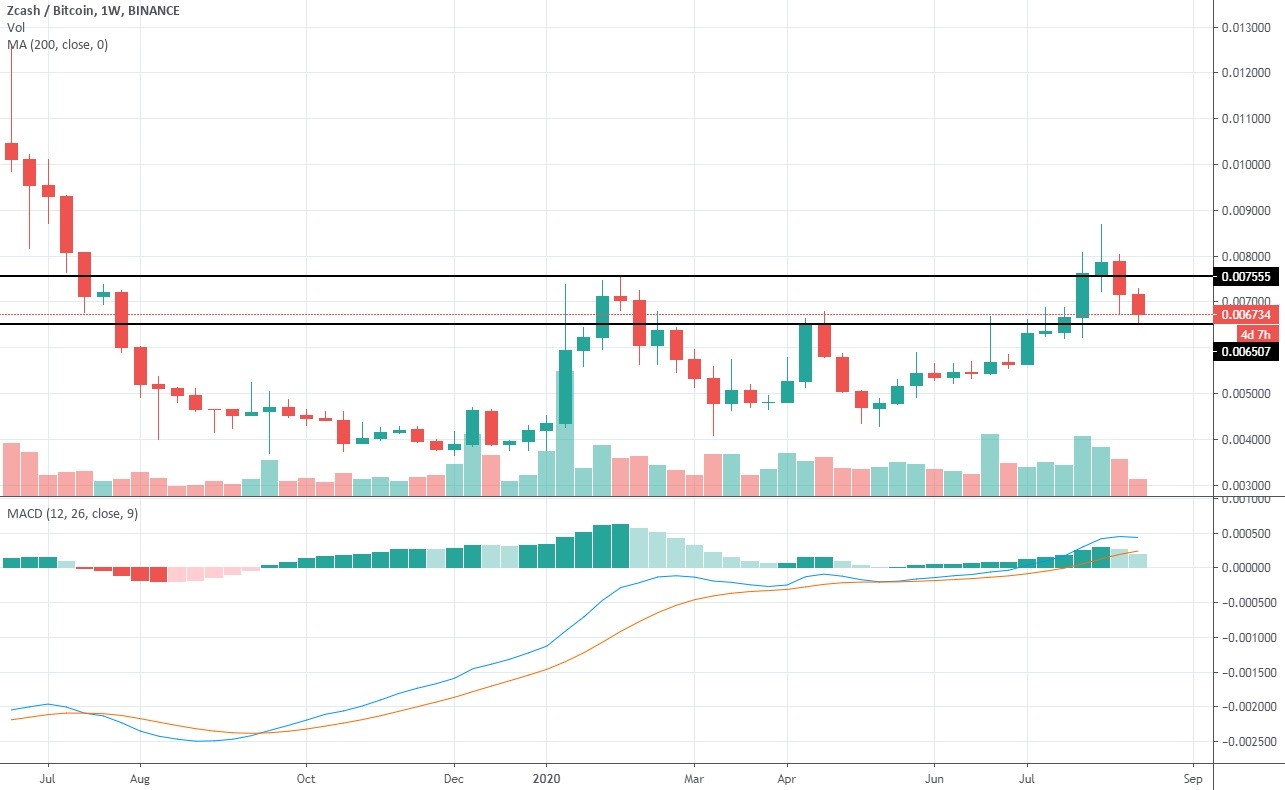 It is very important for ZEC to stay above 650,000 satoshis on the weekly if the bulls intend to push the price above resistance and establish a new higher high. However, the probability of that is about 50% since MACD intends to make a bearish crossover.