Just like the vast majority of alternative coins, ZCash started the year 2020 with a slow escape from the bear claws, which ended with an enormous price explosion, the wave of which had taken ZEC past several resistance levels. In a span of six weeks, one of the most acclaimed privacy coins saw its value inflate by 185%, instigated by the altcoin rally. 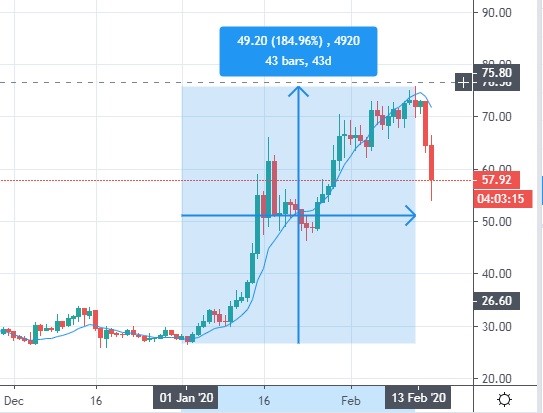 The uptrend, the structure of which is currently endangered by a steep correction that emerged on February 15, began right after the New Year celebrations with a three advancing soldiers pattern, which laid the ground for significant price movements.

Over that period of time, the price action of ZEC had been more than suitable for swing trading, with the upswings consisting of at least three large green candles, whereas the downswings were moderate, never bringing the chart close to the 50-period moving average and only slightly crossing the 22-period one - both being the certain signs of continuing uptrend.

But as it often happens on the cryptocurrency market, the seemingly strong bullish rally was brutally disrupted by the bears which began pushing the price significantly below both MA’s, hitting myriads of stop-losses along the way, thus giving even more momentum to the southward move.

With the entire crypto market being in the red for the last couple of days, the concerns about the demise of the altcoin rally began to enter traders’ minds. Given the fact that Bitcoin dominance increased by more than 2% in a matter of 24 hours, while the total market capitalization and trading volume declined by 4% each, their worries are more than justified, because if money would start flowing back into Bitcoin, many traders could wave farewell to the double-digit profits and begin cutting losses. Although the market crash could also be whales playing their games, trying to force the crowd to panic-sell.

ZCash could be in for a trend reversal

Next week could be decisive for traders who packed their portfolios full of altcoins in hopes of even more lucrative gains. The weekly ZCash chart shows the price still remaining within the ascending wedge formation, holding a chance of making higher lows before going back to hiking upward. 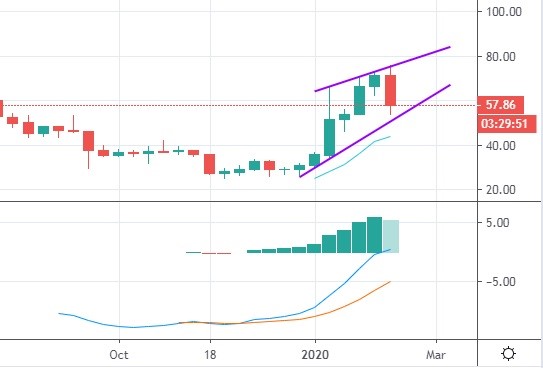 In order for that scenario to play out, the coin has to bounce off the support at $57 - $60 that would finalize a healthy retracement. Given that MACD is still positive on ZCash, a rapid recovery within two-three weeks is highly possible. But the emergence of a bearish pattern like three black crows would signal about the trend reversal. 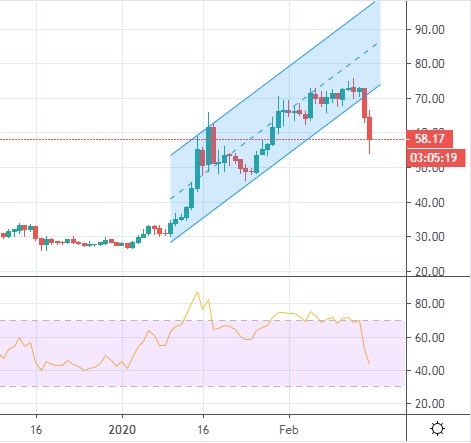 Things look much grimmer for ZCash on the daily chart as the freshly formed uptrend structure is falling apart before traders’ eyes. It is now evident that ZEC has failed to make new higher lows and broken two previous support levels at $67 and $63 with a single daily candle. The occurrence of the third red candle with the length of the body similar to that of the previous two would complete the three black crows pattern and confirm the trend reversal. The majority of other technical indicators point at a mild sell since the odds of bears wiping out the progress made by ZEC in recent weeks are quite high.