ZCash (ZEC) finds itself in a tough situation after the cryptocurrency market had snapped in the first days of September and turned what appeared as a common retracement into a full-blown correction. 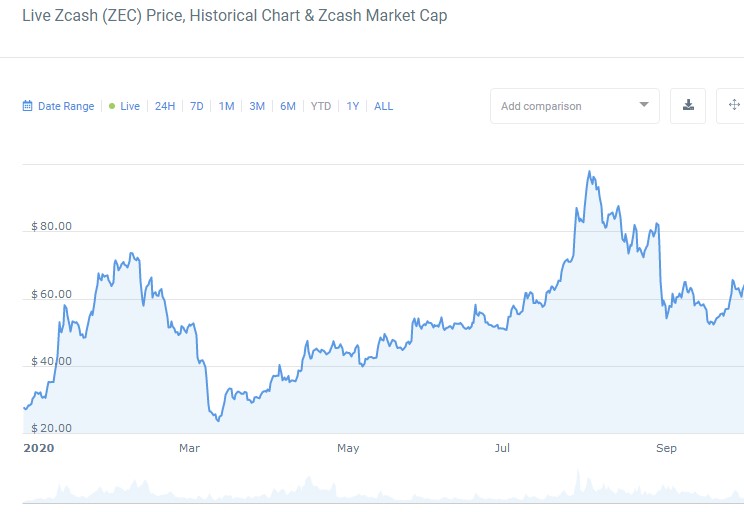 ZEC had been doing great after the infamous meltdown in March, going to the upside in the tight but predictable channel until it met the resistance at $60, which had been conquered decisively at the re-test. Upon that, ZEC went on its second big bull rally of the year, which also turned sour for the privacy coin as it capitulated and went down by 51.5% in a span of 49 days since the beginning of the fall season.

Obviously, such an intense bearish pressure sent the uptrend structure tumbling as the price had failed to establish a new higher low and dropped to $52. ZEC has so far made two attempts to recover from such a blow, but both of them were brought to a halt near $65, though the occurrences in the past two weeks give us reason to believe a deeper correction may not be at play here.

At the end of the week, the privacy coin is priced at $63.7, having made a very moderate 2% gain to the upside in the past 24 hours, thus making it the most bullish day of the week as ZEC managed to get only 1.41% extra during the previous days. Understandably, its performance over the course of the month was also underwhelming:

The events of the last five weeks postponed ZEC’s presumed break of macro resistance to the upside, which was tested unsuccessfully at the end of the bull rally. Nevertheless, even such a brutal 51.5% rejection didn’t force ZCash out of the established rising channel as the price found support at $55, the horizontal support that converges with the support line of the channel and represents the potential bottom of the correction. 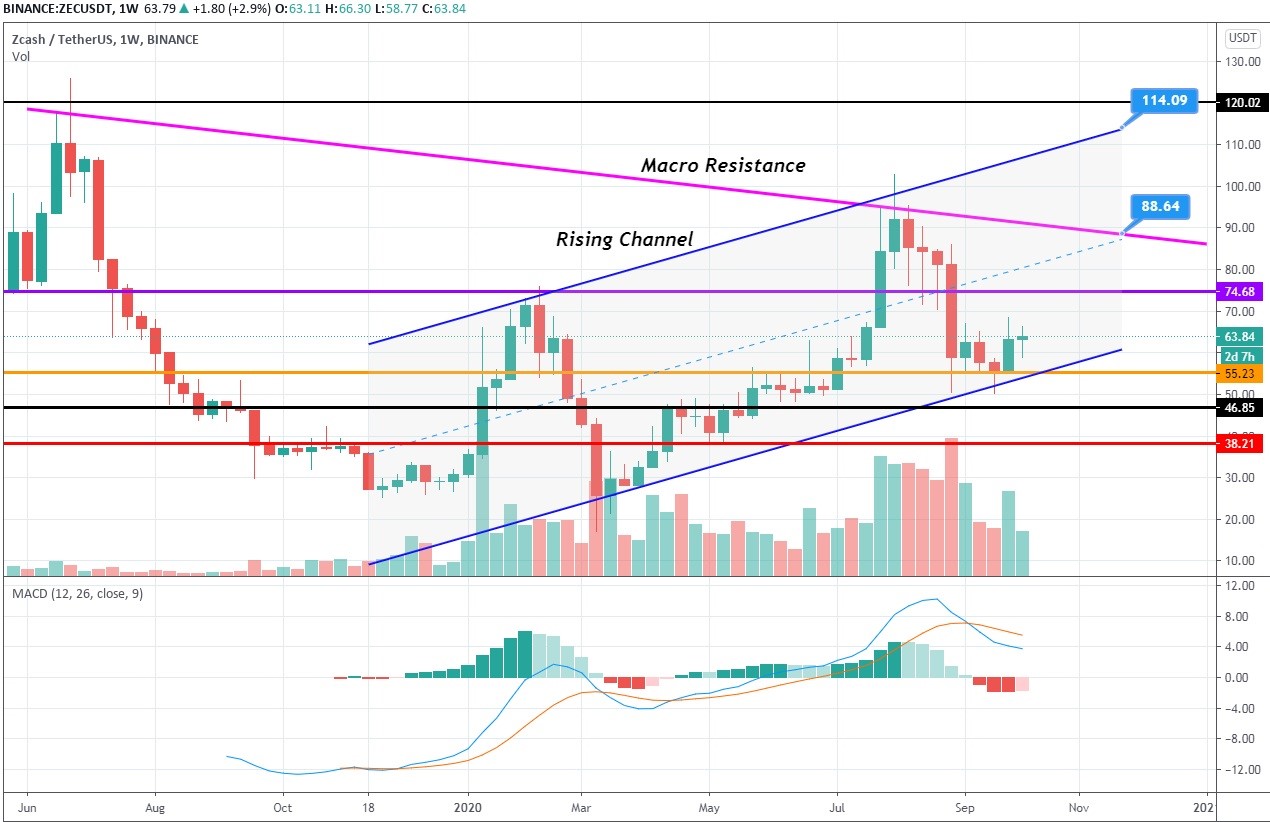 Should the bullish agenda remain relevant, ZCash is likely to have another go at macro resistance, meeting it at $88,6 this time. But prior to that, the price would have to deal with a firm multi-month resistance at $74.68 that seems to be the borderline between the bullish and bearish zones. If the breakout does happen, the price will experience a bullish impulse and establish the new higher high either at $114 or near $130, depending on the intensity of the bullish push.

At the same time, MACD suggests that the bearish momentum is far from being exhausted, which means that one shouldn’t disregard the bearish scenario, according to which ZCash will break the support at $55 to the downside that would entail a short drop to $46.85, or a deeper one to $38.21, ultimately dragging ZEC back to the March price levels. However, it is most likely that ZCash will stay bound to the range between $55.2 - $74.7 until the end of the month.