Given its price action during the current market cycle, Zcash (ZEC) can be labeled as one of the most obedient and predictable cryptocurrencies out of the top-ranked ones. Fundamentally, Zcash remains one of the highest-regarded privacy coins, although a recent study suggested that the majority of transactions on this particular network are traceable, but that example of bad PR surely didn’t have much of an effect on the price action of the anonymity-protecting coin.

It must have been a pleasure trading Zcash after the entire cryptocurrency market took a nosedive in March as the price has established a very definitive ascending channel within the confines of which it has been moving smoothly, thus providing traders with enough means for taking easy profits. 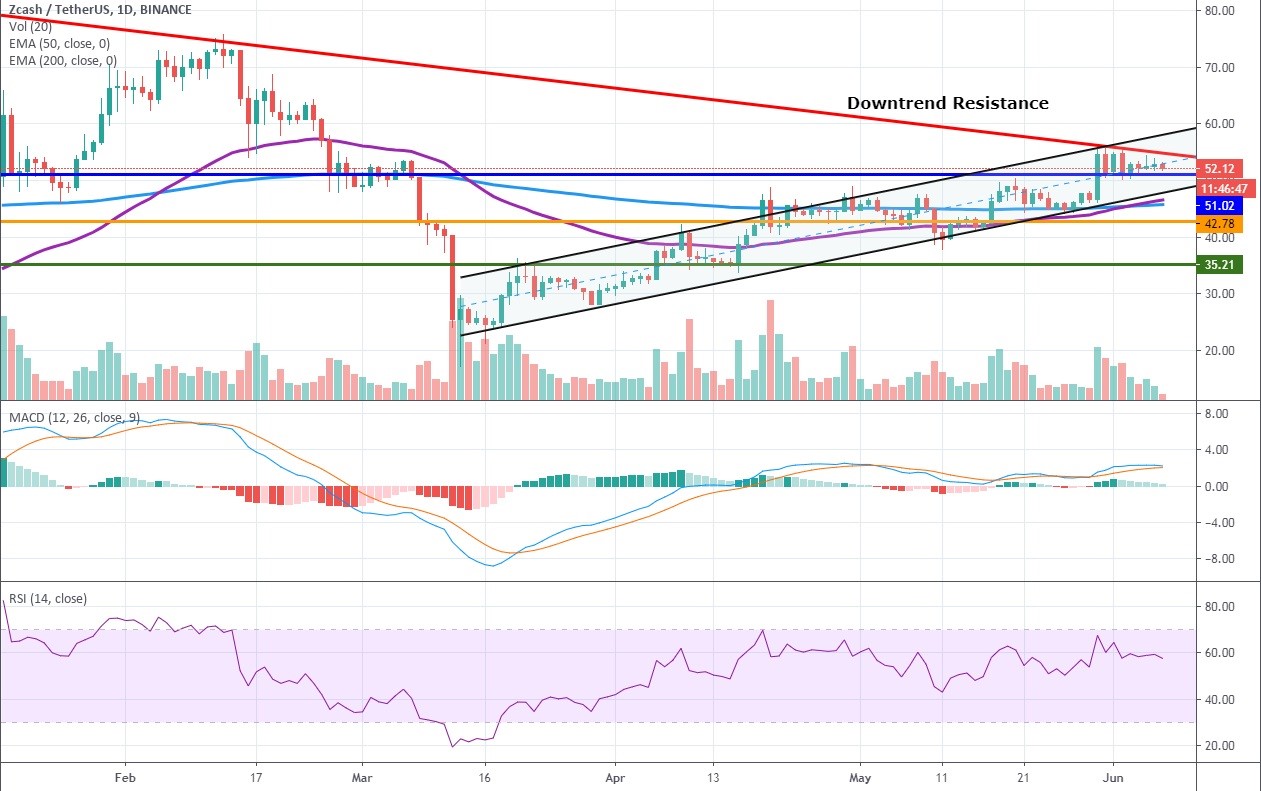 By going on an upside swing of 40% -50%, Zcash has successfully conquered all three crucial resistance levels: $35.2, $42.7, and $51, before finally arriving at the spot that the bears suppose to defend vehemently - the secondary downtrend resistance that is currently being tested at the price level of $52.1. And that could be the juncture at which the picture-perfect ascending channel is going to finds its demise since the breakage of that resistance could mean the reversal of the secondary downtrend and a rally all the way to $120, which certainly goes against the plans of traders whose strategies are based around shorting ZEC.

The 50-period EMA and the 200 EMA did form a golden cross, but it is most likely to turn out to be a fake one as the majority of indicators show that the buyers have decided to take a time out to muster the strength before making another attempt at the resistance. But in this particular play, the bears are going to prevail and push the price to the 200 EMA ($45) or to the previous support at $42.7.

ZEC is submissive to Bitcoin

The situation in the pairing with Bitcoin looks even more bearish for Zcash as the price struggles to go past the trend-defining 200 EMA that runs precisely at the level of 550,000 satoshis. 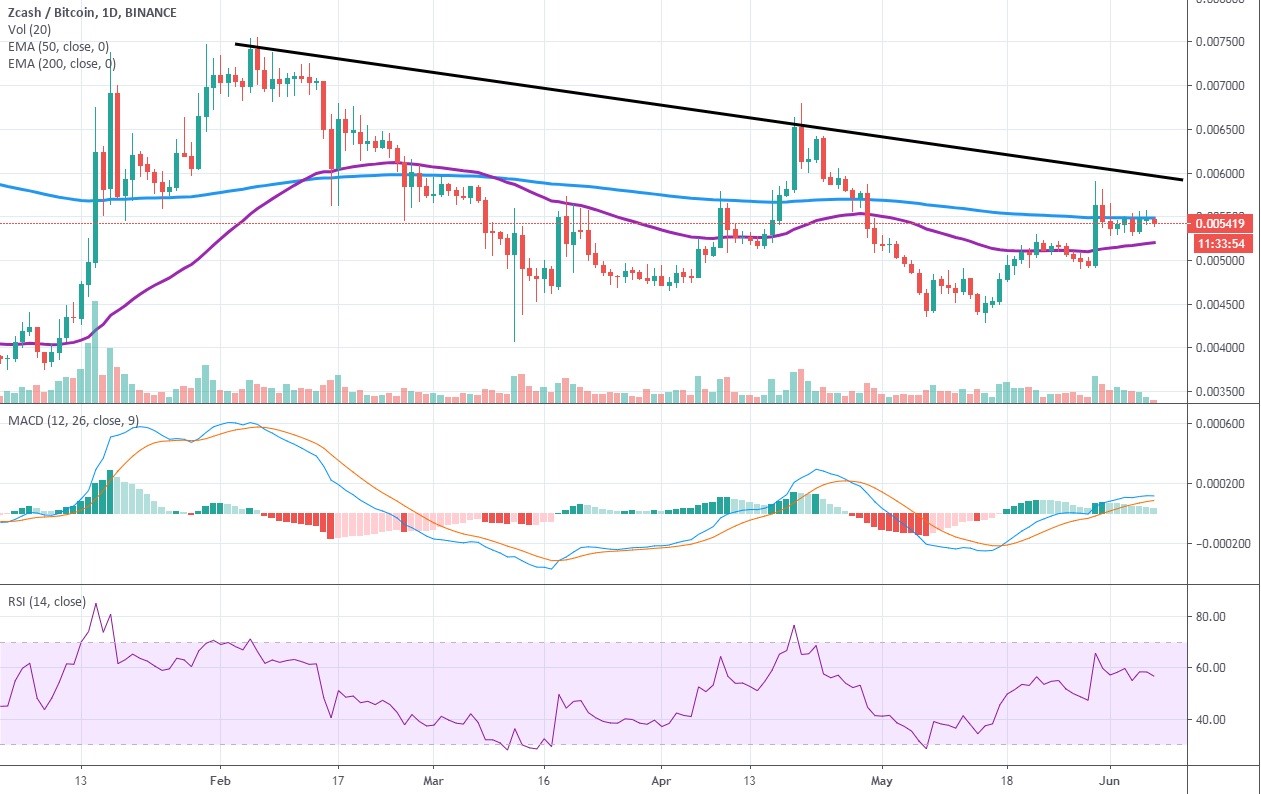 The only difference with the USDT pair is that here ZEC isn’t even trying to test the downtrend resistance, effectively showing an even greater weakness of the bulls in this market. The indicators are also supportive of the consolidation/price decrease scenario, so shorting might be the only option here.