With privacy coins being under constant threat from financial regulators, it is no wonder that Zcash (ZEC) hasn’t boasted the awe-inspiring price action since the bull rally at the beginning of the year. Nevertheless, the 26th cryptocurrency has proven to be stubborn in its strive to the upside as it had successfully passed the first crucial resistance at $42, and later mounted atop another important level of price interaction at $50. Moreover, ZEC had actually broken the macro resistance, signifying that the price might be ready for an even stronger bullish push.

Zcash defies the bears for the time being

A look at ZEC’s all-time chart clearly tells that traders shouldn’t expect any wonders on the part of this otherwise useful cryptocurrency since it has been gridlocked in the downtrend even since its emergence on the market. Not to mention that the current price of Zcash ($59.9) is lightyears away from the all-time high at $5,900. 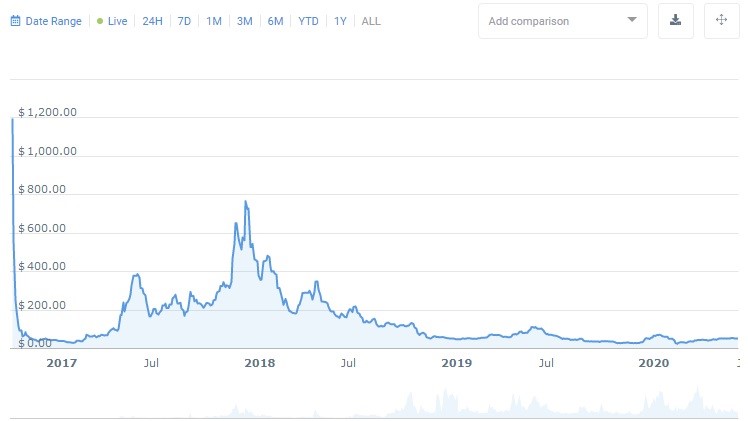 Therefore, we will analyze the price of ZEC only in the context of the probable minor uptrend that would occur if the bulls manage to push the price above $73, the peak of the previous cycle. Before even making an attempt at that price level, ZEC needs to go past another barrier at $63, which it had already tested once but to no avail. 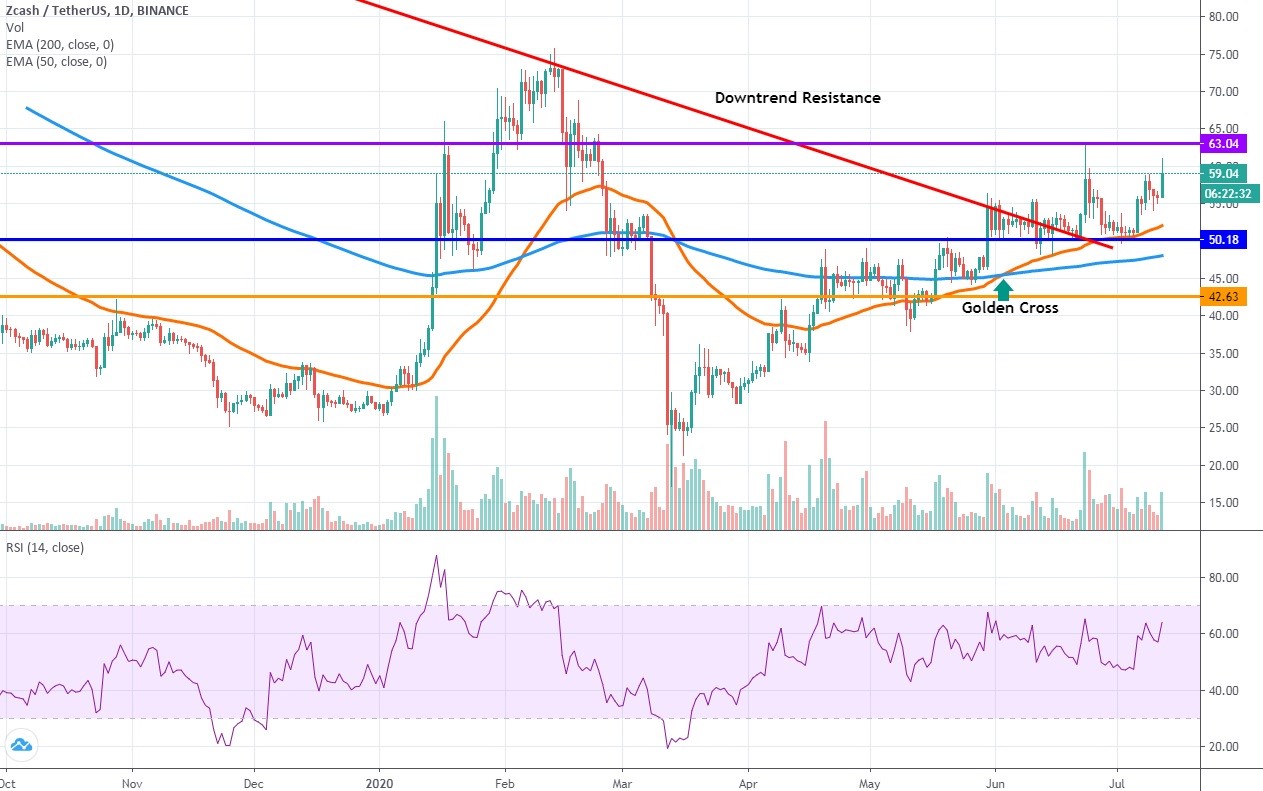 The main cause for concern for the bullishly-minded traders is that the ongoing upside impulse, which has so far improved the dollar value of Zcash by 17.5% (and by 15% against Bitcoin), is happening on the back of the decreasing trading volume and the predominance of sellers over buyers.

However, the flow of the 200 EMA shows that the downtrend might have started to reverse as the moving average had stopped the downhill slide, flattened out during the coronavirus crisis, and now slowly begins to look northward. Since this is a trend-defining moving average, we conclude that there have been some underlying changes in this market in the bulls’ favor. But it’s still too early to make any far-reaching conclusions, at least until ZEC goes past the resistance at $63.

The price has been literally sticking to the 50-period EMA, having broken below it only on one occasion, but recovered swiftly, which is another sign that the market participants are following the buyers’ agenda. Right after the breach of resistance at $50, the moving average had formed the golden cross, although this particular pattern, as well as the death cross, hasn’t been playing out well on its own accord. Therefore, the golden cross is to be factored in only if there is an additional confirmation of a move - that concerns all altcoin, not only ZEC.

The needed confirmation of the uptrend continuation might come from key indicators that have been moderately bullish since the middle of May. 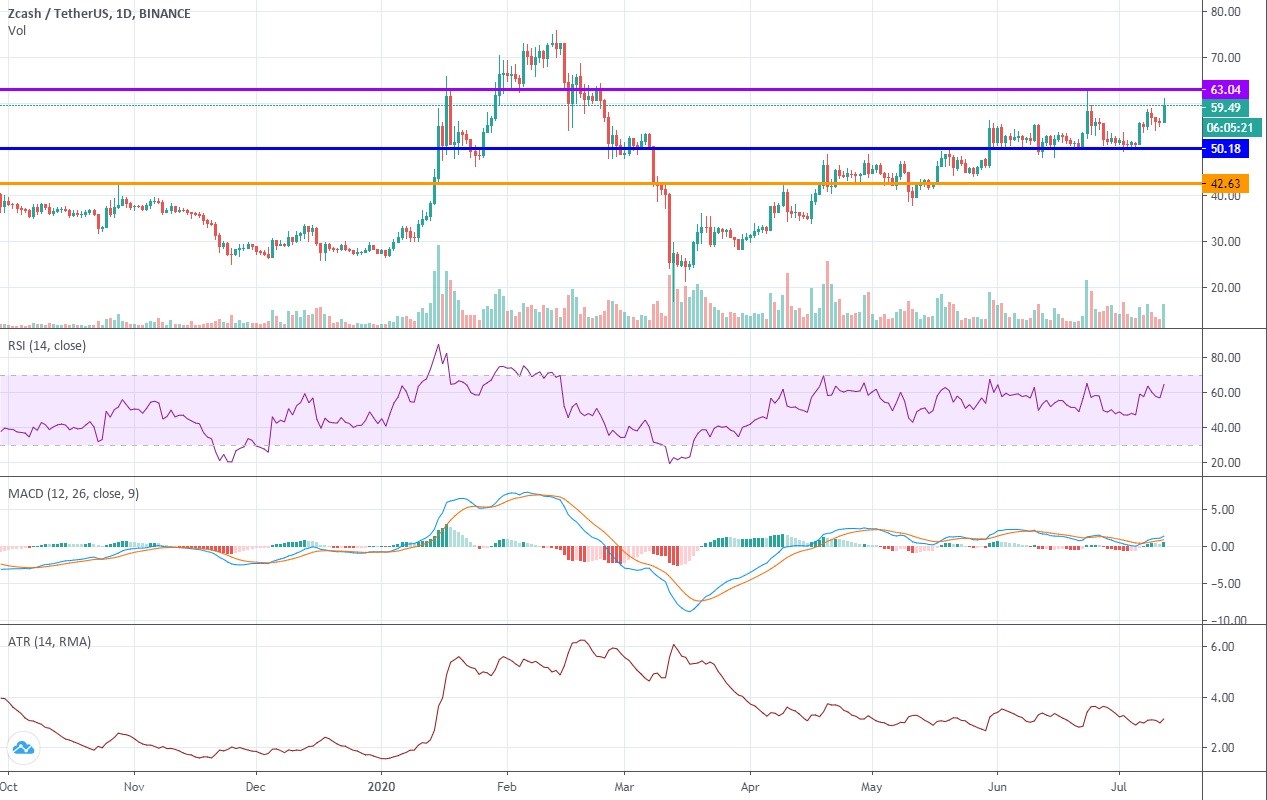 All in all, Zcash will continue moving steadily to the upside, with the next price target being $63. Upon hitting it, the price will retrace to $55 - $57. We anticipate a significant price explosion after ZEC passes $75.