Even though Bitcoin has never fallen below 67% since August of 2019, which delays the theoretical commencement of the much-expected altcoin season to the unknown period in the future, there are altcoins like Tezos that actually had a very fruitful year, both for traders and holders of this coin. Take a quick look at this 1-year comparative chart to see how Tezos performed against Bitcoin. 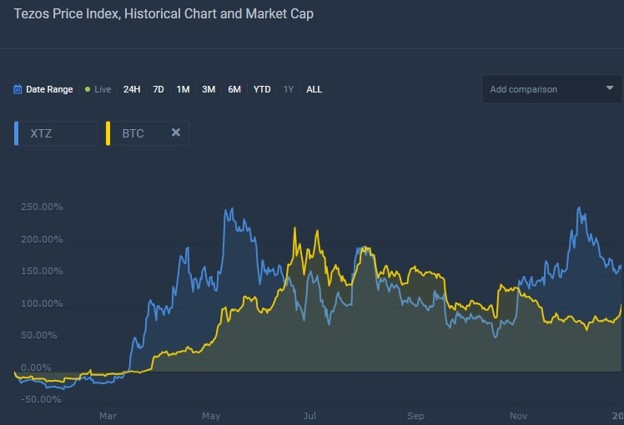 Over the course of 2019, XTZ wasn’t moving in unison with the rest of the cryptocurrency market as it hasn’t got entrapped by the bears after the spring/summer bull run, but actually went on another two rallies, with a correction period of two months after the second one.

Certainly, this impressive performance pales in comparison with the 2017/2018 bull market, as Tezos is still -89% from its all-time high of $10.54, or even $11.21 on some exchanges, which the coin reached in December 2017, but, nevertheless, XTZ had a very good run in 2019. The question now is whether Tezos would continue its strong showing in the near future.

XTZ’s performance in the last months

Over the period from October 2019 until January of this year, Tezos has gone through another bullish rally, which took the price from the lows of $0.76 to its yearly resistance level of $1.8, followed by a correction phase that is still ongoing. 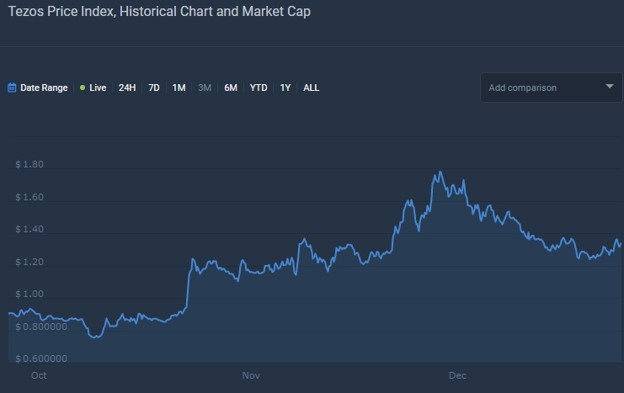 During the last 30 days, XTZ has been behaving healthily against USD, showing signs of recovery after a local correction that followed the testing of a customary resistance of $1.8 on December 13. The correction has dragged the price of XTZ down by nearly 35%, ending up with reaching the local lows of $1.2 on the first days of January. After putting up a big red candle on the daily chart, XTZ has pushed away from the resistance with enough momentum to briefly break through the descending trendline, as shown using the Andrew’s pitchfork oscillator. 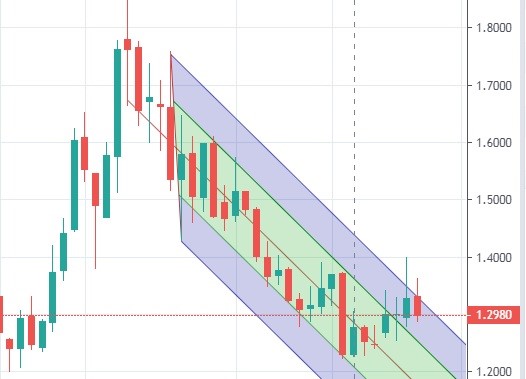 Scenarios for XTZ for the next weeks

However, the upward impulse didn’t have enough momentum as the sellers have begun pushing the price down into the formed corridor. Therefore, the next few days are going to be immensely important for the coin since it will be making efforts to conquer the height of $1.4 that will signify the fully-fledged break out of the downtrend towards the new resistance that should occur at the level of $1.6. Otherwise, we could witness the retraction to the pre-bull run support at $1.1 that would keep XTZ in the bear claws in the near future. The negative scenario shouldn't be ignored because the current trading volume is not high enough for a strong move to the upside, and it shows that the market is presently controlled by the bears.

However, the 10-day SMA and EMA are positive on Tezos, showing the indexes of 1.3 and 1.32, respectively, which can be interpreted as a buy signal. 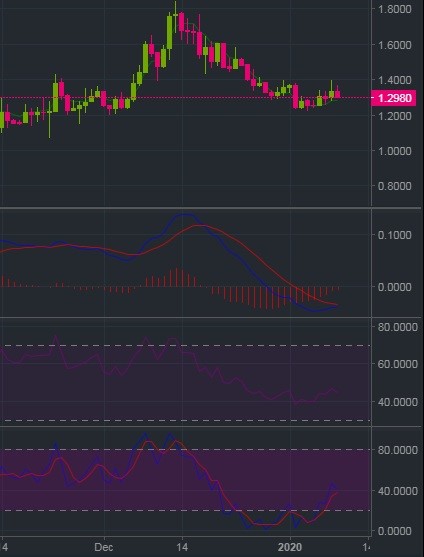 Other indicators are also suggesting that XTZ might take a spurt upwards in the next week or two. On the daily XTZ/USDT chart, the price is above the 9-day EMA - both RSI and Stochastic show that Tezos is moving closer to the oversold area, but it is not below it yet. Therefore, it would be better to wait for a stronger buy signal before entering a long position.