The first part of September has been brutal towards Tezos (XTZ) and the rest of the cryptocurrency market. The coin that represents the blockchain-enabled enterprise solutions built on the foundation of dApps and smart contracts decreased in value by 34% against USD in the past month; 25% against BTC, and also shrunk against ETH by 30%. But despite the recent turmoils, Tezos still remains in the green in terms of its ROI from the past year, as shown in the performance table below.

The bulls are keeping Tezos inside the rising channel

However, the bearish phase in the XTZ/USDT market was triggered not in September but in the middle of August when the bullish rally that began at $2.25 peaked at $4.5 (98% to the upside) and was followed by a steep correction that was only exacerbated by the flash sell. 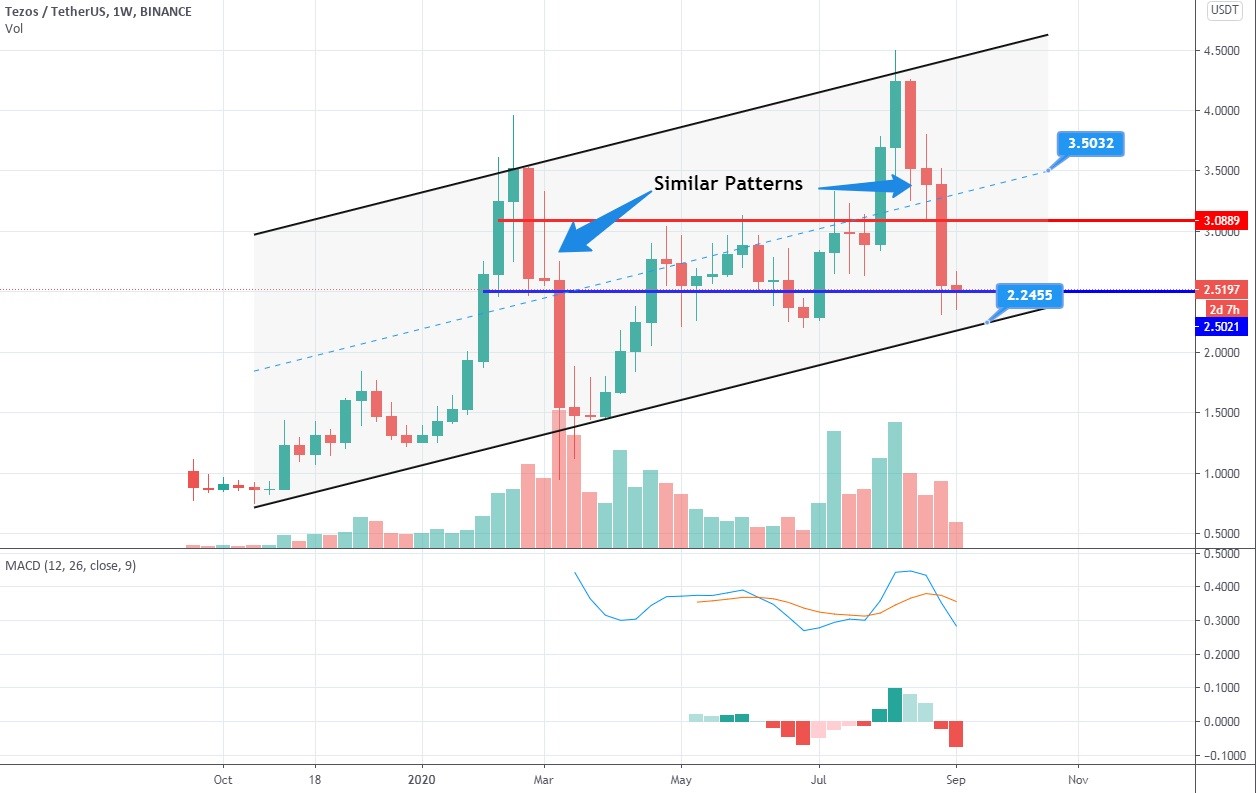 Nevertheless, things aren’t that grim for Tezos on the weekly time frame where the price has been moving with an accurate ascending channel since December 2019, making proper higher highs and higher lows along the way. Therefore, XTZ has kept itself in the bullish context on the macro level, despite the sudden drop in the first week of the fall. Moreover, the price still has enough room to move to the downside - to $2.24, to be precise - while still maintaining the uptrend structure. Also, notice the similarity of retracement patterns displayed in both the ongoing and the previous price cycles that can be characterized as “drop - pause - drop - reversal.”

The downward-looking position of MACD suggests that the bearish momentum remains strong, which means that a drop to the channel support at $2.245 could be executed to finalize the pattern. Should Tezos continue sliding downhill after meeting the support, we could see a panic sell that might drop the price to $1.5, though there is also a bearish trap scenario, according to which XTZ could reach $2, gather a ton of stop-losses, and reverse to the upside in the direction of interim resistance at $3.5.

The situation on the daily chart confirms that Tezos is standing on shaky grounds right now since even a small nudge in the sellers’ direction could trigger a panic sell and distort the uptrend completely. 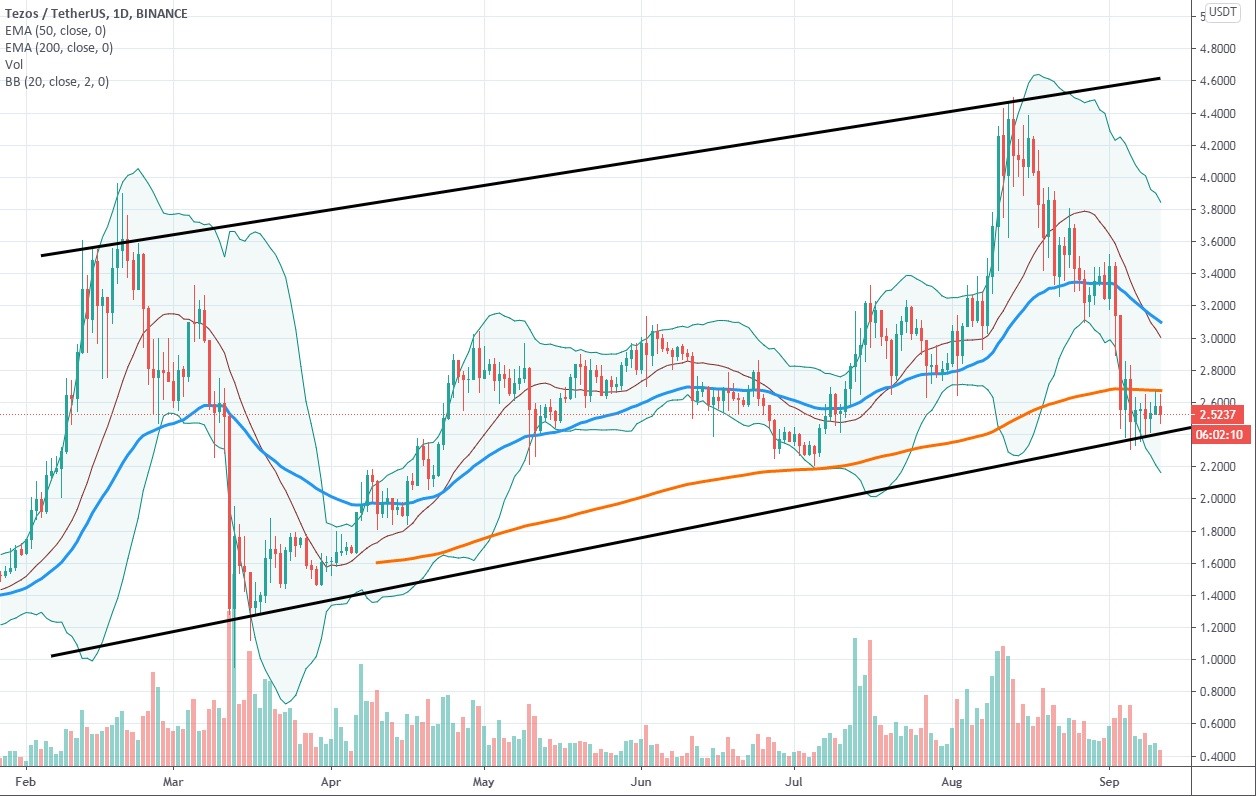 The price has fallen beneath the 200 EMA for the first time since March - a huge red flag for those who look to go long. XTZ finds itself in a squeeze between the support at $2.5 and the 200 EMA that could be resolved in either direction; therefore, we recommend refraining from taking any trades until the pattern resolves itself.

It would be interesting to see whether the price action repeats the path it went through in March, given that we are witnessing the emergence of a similar pattern that involves Bollinger Bands and EMA’s: a sharp drop during the correction phase followed by the reversal and steady recovery. If that’s the case, Tezos will prove its resilience in the face of major and minor crises, while traders will have to prepare for the upswing to $3.5 and eventually to $4.6. Otherwise, the fall below $2 will be imminent.