As the expectations regarding the fledgling altseason are getting higher with every passing day, as traders watch altcoins totally outperforming Bitcoin, whose dominance keeps declining. Therefore, now might be a good time to cherry-pick among the coins that show the greatest promise, and form an all-round strong trading portfolio that would reap the most substantial profits once the altseason, and the accompanying bull market, gets into full swing.

Tezos (XTZ) is one of the best candidates for a place in that portfolio because this alternative coin combines outstanding fundamentals, a diligent team, and, what’s most important, the substantial potential for making gains over a relatively short period of time.

As of now, Tezos is ranked 11th, with a market capitalization of $1,5 billion and an average trading volume of $106 million across more than two dozen cryptocurrency exchanges. The most intense trading activity occurs on three platforms: MXC, OKEx, and Binance. It must be noted that the situation when one or two exchanges monopolize trading volume doesn’t concern XTZ, as its volume is spread evenly across the mentioned platforms; therefore, that coin has no proclivity to pump-and-dumps, thus adding to a smoother price action, meaning that traders will rarely see the extraordinarily tall wicks on the candles. It’s less likely that when trading Tezos, it would do the most annoying trick of all, which is dropping in value abruptly to trigger the stop-losses and then bouncing back and going to the upside, leaving traders out of the market. 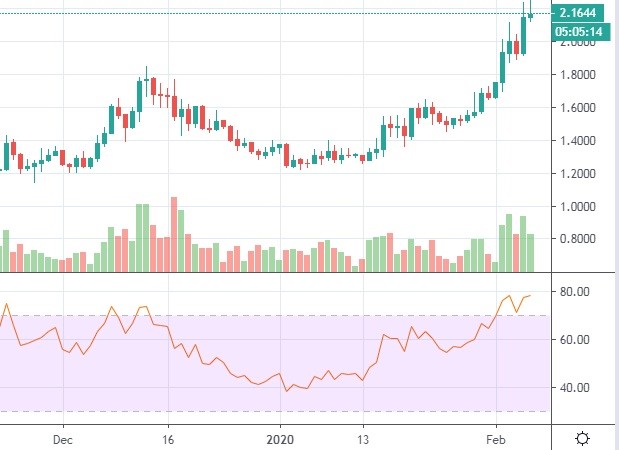 The daily chart above shows that Tezos is one of the most “merciful” cryptocurrencies in that regard, void of any unexpected moves that could disrupt the trading tactics. Therefore, XTZ is the type of coin that won’t spring any surprises but will provide reasonably high profits.

Speaking of which, Tezos has proven to be a hard-gainer when compared to the three major currencies. In the last twelve months, it delivered staggering gains against the US Dollar, which amounted to 486%. The previous month was very fruitful for XTZ as its Dollar value increased by 66%. Moreover, Tezos has been gaining double figures against both Bitcoin and Ethereum.

What the charts say

Unlike most cryptocurrencies, the reversal of XTZ’s downtrend, and the gradual price increase, began not in January 2020, but on October 24, 2019. On that day, the daily chart gathered in a morning star formation that served as a starting point for the ongoing uptrend. 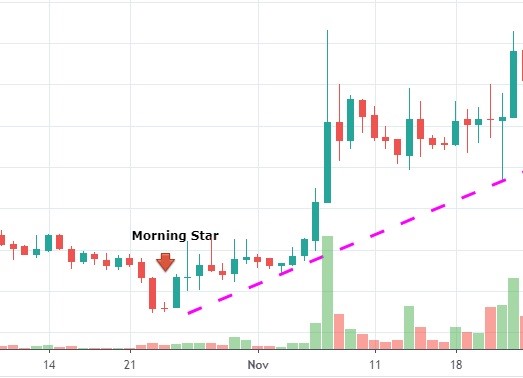 Since that time, Tezos has been driving upward, having already surpassed last year’s high of $1, 76, though it is still 82% away from the all-time high of $12,26. 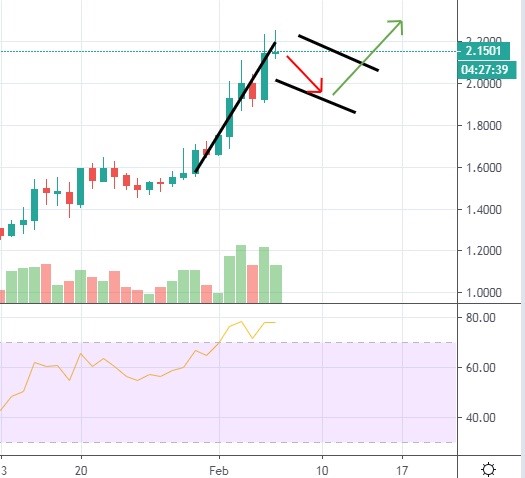 So far, the price of Tezos has been moving up maybe even a bit overly confidently, having two relatively short periods of retracement after a growth. This could signify that the USDT market is gradually getting overheated, confirmed by the 14-period RSI that has been in the overbought area for quite some time now. There is a high probability that XTZ is drawing a bull flag, so the price could retrace back below $2 before bouncing back and breaking through the $2.4 resistance. This could incentivize another strong move for Tezos because its next historical resistance is as high as $3.65.