Tezos (XTZ) has failed to go past the resistance at $3, the consequence of which was the disruption of the local uptrend structure, followed by the month-long consolidation. Once the consolidation was over, the price made another futile attempt at $3 and then entered a correction mode. 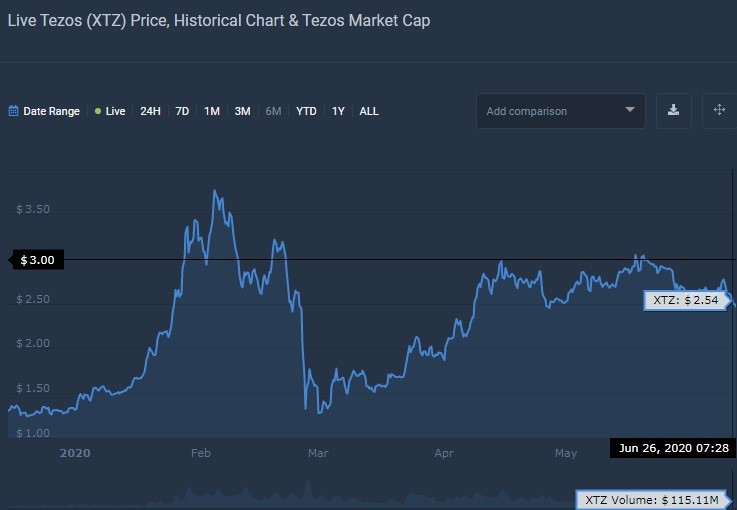 XTZ price action from the past six months

Things didn’t go well for Tezos in June as its value in three dominant currencies has begun to slope. Over the past 30 days, XTZ lost 13% against both USD and Bitcoin, while amounting to even larger losses of 21% against the rival altcoin Ethereum. Traders who jumped the gun and went long on Tezos when it had just broken the first key resistance at $2.5, which looks like to be back into the action once again, are now trapped under the level of $3.

The long-term traders/holders shouldn’t be too disappointed in XTZ since its yearly gains hold strong as it still boasts triple-figures across the board: 118% - USD, 188% - BTC, and 210% - ETH. Those who stood at the origin of Tezos also shouldn’t be too concerned about the recent underperformance since the coin maintains a very positive all-time ROI of 400%.

A further drop is almost inevitable

During its last notable price depreciation, Tezos has crossed two crucial levels, namely the 50-period EMA and the support level at $2.5, to the downside, thus putting under question the entire bullish agenda, which was relevant to this market only a few weeks ago. 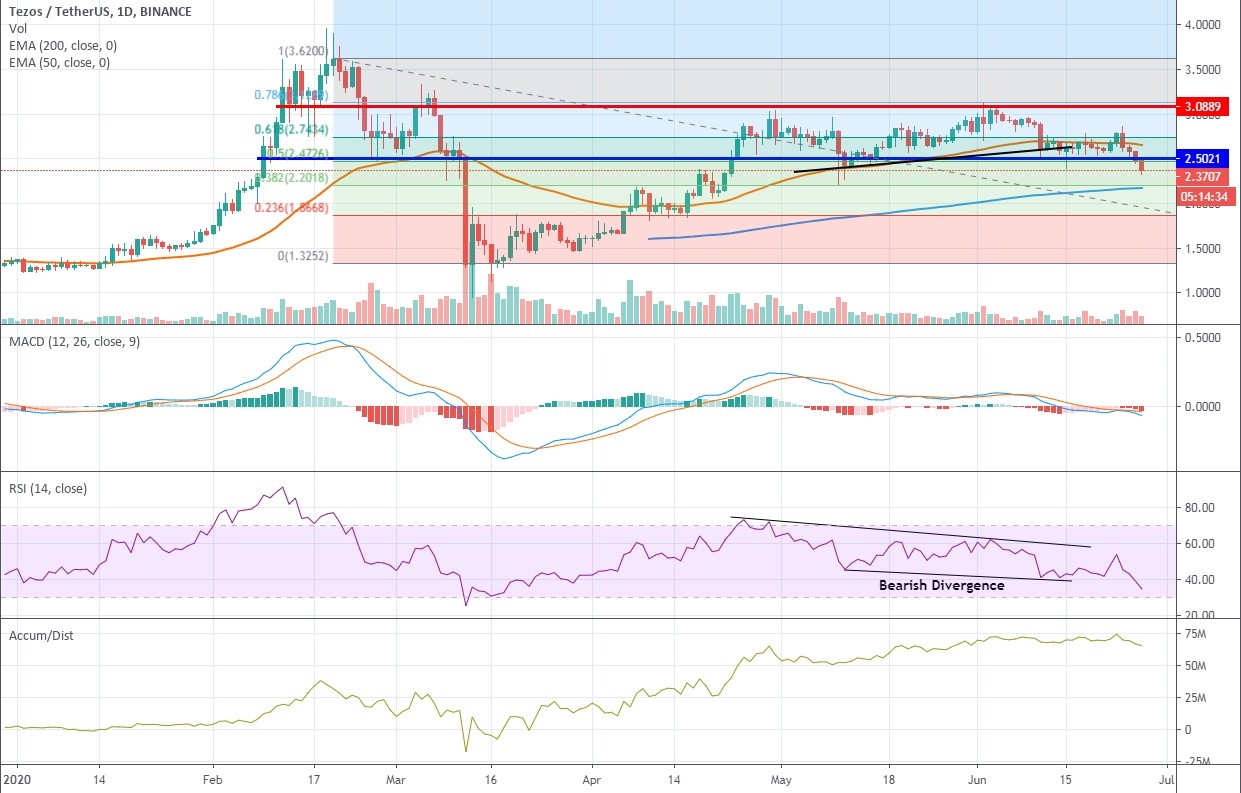 The level at $2.5 is of immense importance for making the XTZ price prediction because it represents the waterline between the bullish and bearish zones. Moreover, it converges with the 0.5 Fibonacci retracement level, which explains why it held as a support for more than a week, even though the indicators were increasingly bearish.

We predict that Tezos faces another 9% drop from its current price at $2.35. In the next three to six days, XTZ should find support at the 200 EMA. At that point, the price would either consolidate around $2 - $2.1 or drop to the 0.236 Fibonacci level that would mark a complete cancelation of the bullish scenario and the return of the bearish season.