EOS has finally joined the bullish frenzy that is taking place on the altcoin market, following months of tedious ranging between $2.5 and $3. Traders who missed out on profits or have already had their share of the loot from the monstrous rallies of the likes of BAND, LINK, and ERD, should start paying closer attention to the 10th cryptocurrency because it appears to be waking up after a lethargic sleep and trying to catch up with the rest of the market in order to stay relevant and maintain its place in the top 10.

Making preparations for the retracement

In the USD market, EOS has just started to recover from all the losses it suffered throughout 2019 and the first half of 2020. Thanks to a respectable 47.9% bull run that took place over the past 30 days, EOS was able to get its yearly ROI back into the green zone by 5.35%, while remaining 9.6% behind Bitcoin. 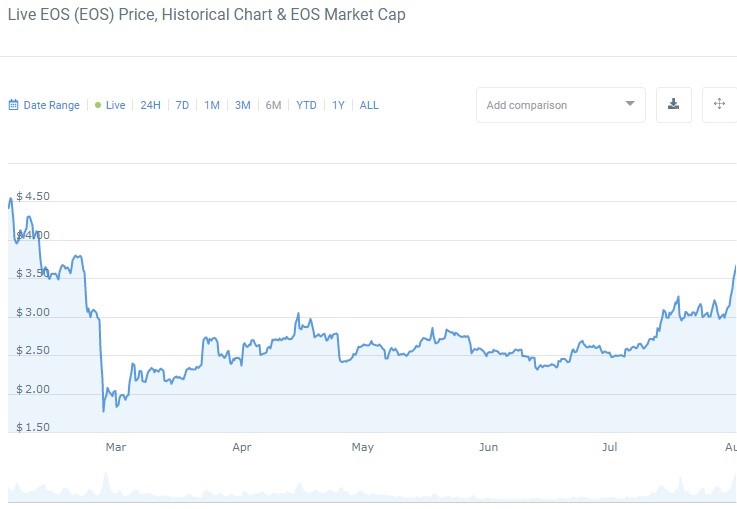 The chart above displays how strongly EOS had been glued to the price level at $2.5 that served as an axis for price action for the entire post-crash period. Keep that level in mind because once EOS goes into a correction, which will happen eventually, it might travel back to that level because it has proven to be the magnetic point.

However, if EOS intends to compensate for lagging behind the entire altcoin market for weeks, then it won’t encounter $2.5 for quite a while. And judging from the way things are developing right now, EOS is going to try and push harder to the upside in the coming days, although first, it has to overcome a mighty resistance at $3,87 that happens to converge with the 0.618 Fibonacci retracement level.

The daily chart reveals that EOS has already been rejected at $3,87 after a successful breakout from another area of convergence between the price level at $3.33 and the 0.5 Fibonacci level. 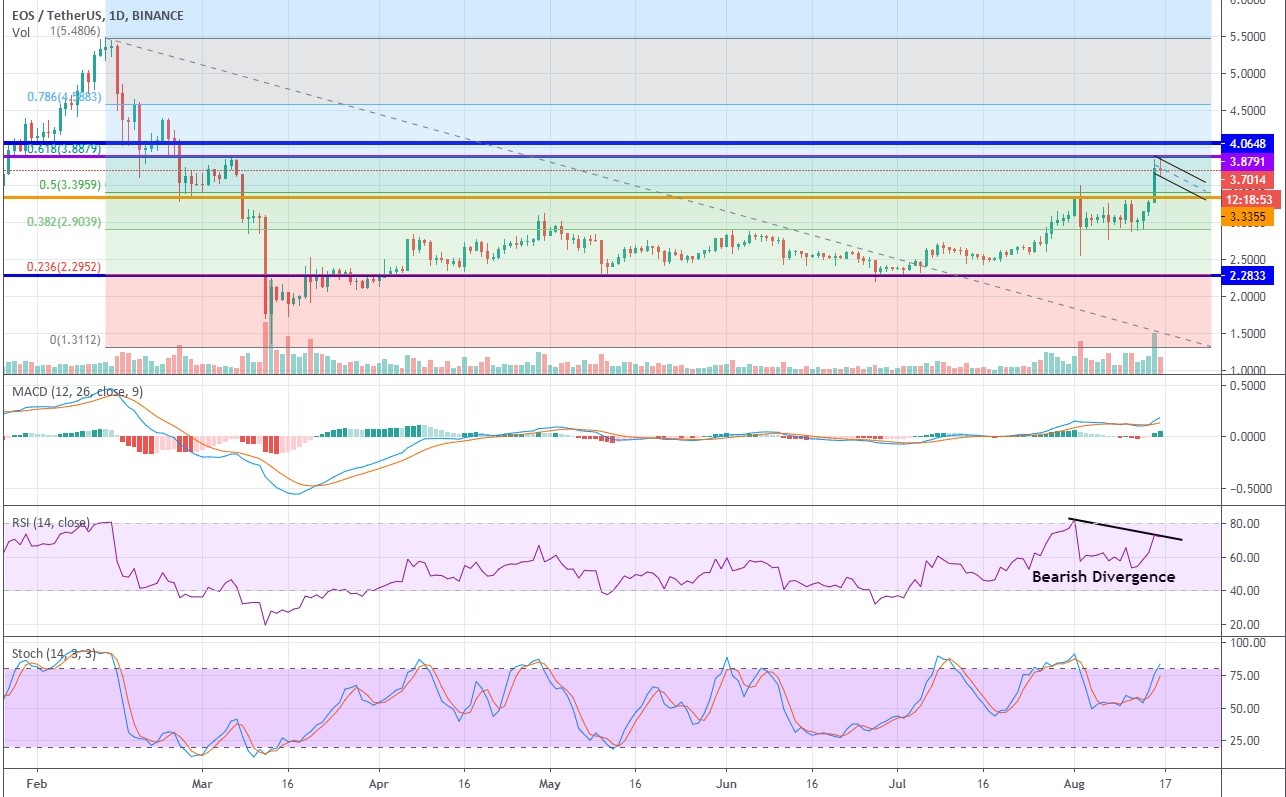 In doing so, the price action appears to have begun to form the bullish flag pattern, though it needs to be confirmed by the second rejection at $3.87 and the subsequent retracement that seems to have started already. If that retracement is to play out correctly, the price will travel downward no further than the 0.5 Fibonacci level or $3.39 price-wise, which should be a good entry point for a long trade, given that the key indicators would retain their bullish positioning.

We reckon that EOS won’t show any miracles of price appreciation in the near future, but instead, will keep on steadily pawing its way to the upside, with $4.5 being established as the top of the next upswing.