Things certainly don’t look good for EOS on the macro level because the price of the coin keeps on sloping down in a dull downtrend that was only exacerbated by the recent upsurge of Bitcoin and its dominance. And even on the year-to-date chart, it’s obvious that the sellers had no problem pushing the price to the downside after the summer rally. 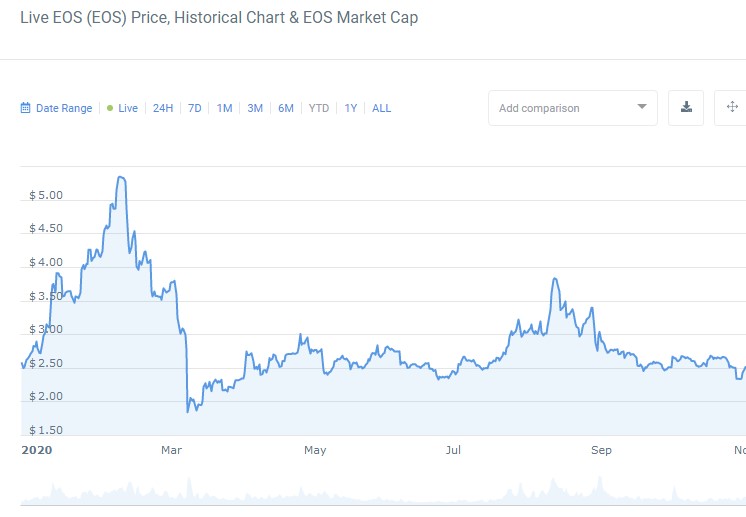 After the rally peaked at $3.84, the correction occurred and resulted in a return trip to the multi-month support area at $2.3. However, this line of support is now under threat of being broken to the downside since over the past couple of weeks, EOS has been doing nothing but ranging or slowly sliding down.

Such a passive behavior on the part of the bulls has obviously had a detrimental effect on coin’s performance stats from the past year that are painfully red:

The bears remain dominant in all EOS’s markets, for now

On the weekly chart, EOS is now being stubbornly pushed towards the very apex of the descending triangle, which tells us to expect a volatility spike by the end of the year. 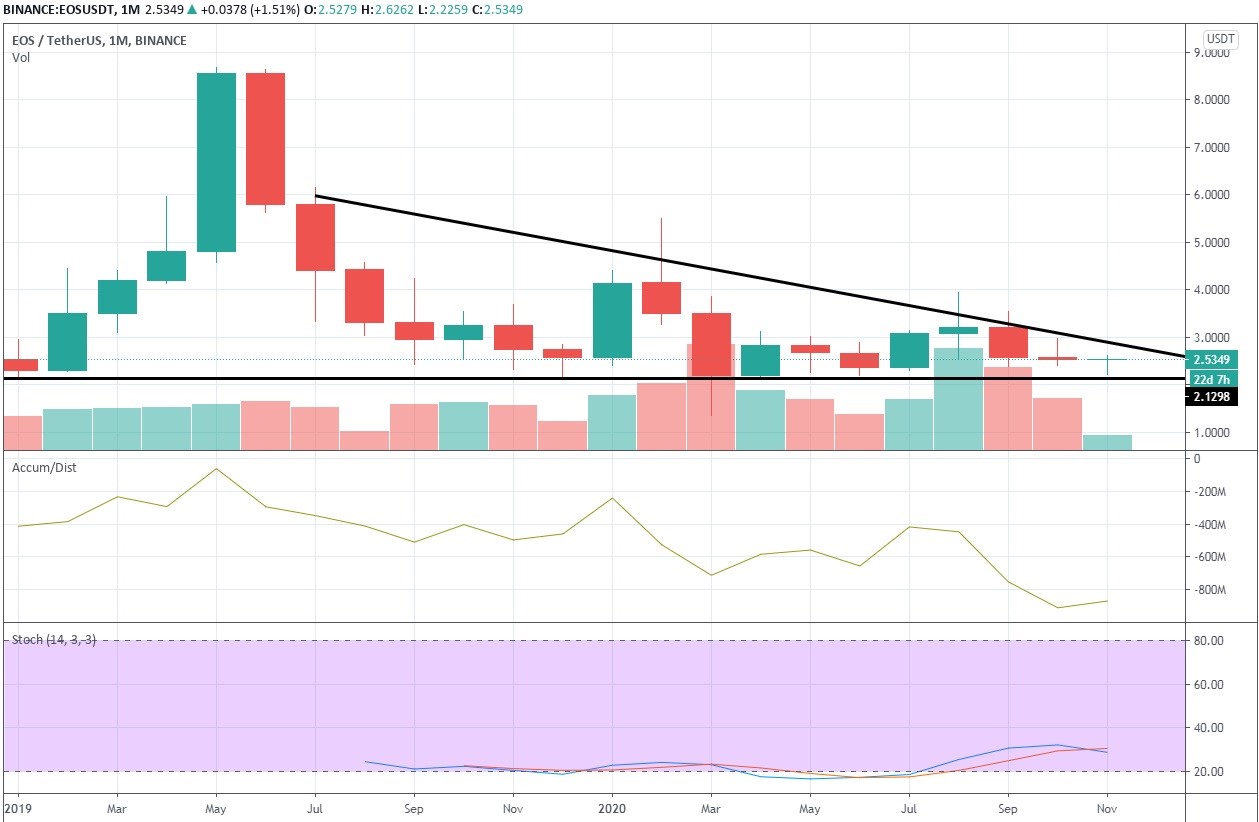 The probability of this triangle being resolved to the upside is significantly lower since there’s little to no prerequisites for such a move. EOS displays an absolute unwillingness to climb out of the triangle as it failed to do so during the summer months when the altcoin market had been booming.

The weekly time frame offers a slightly more bullish outlook, at least from the standpoint of indicators’ showings as Stochastic is already deep in the oversold area, while the A/C is actually making its way to the upside, suggesting a strong buying volume behind this week’s price action. 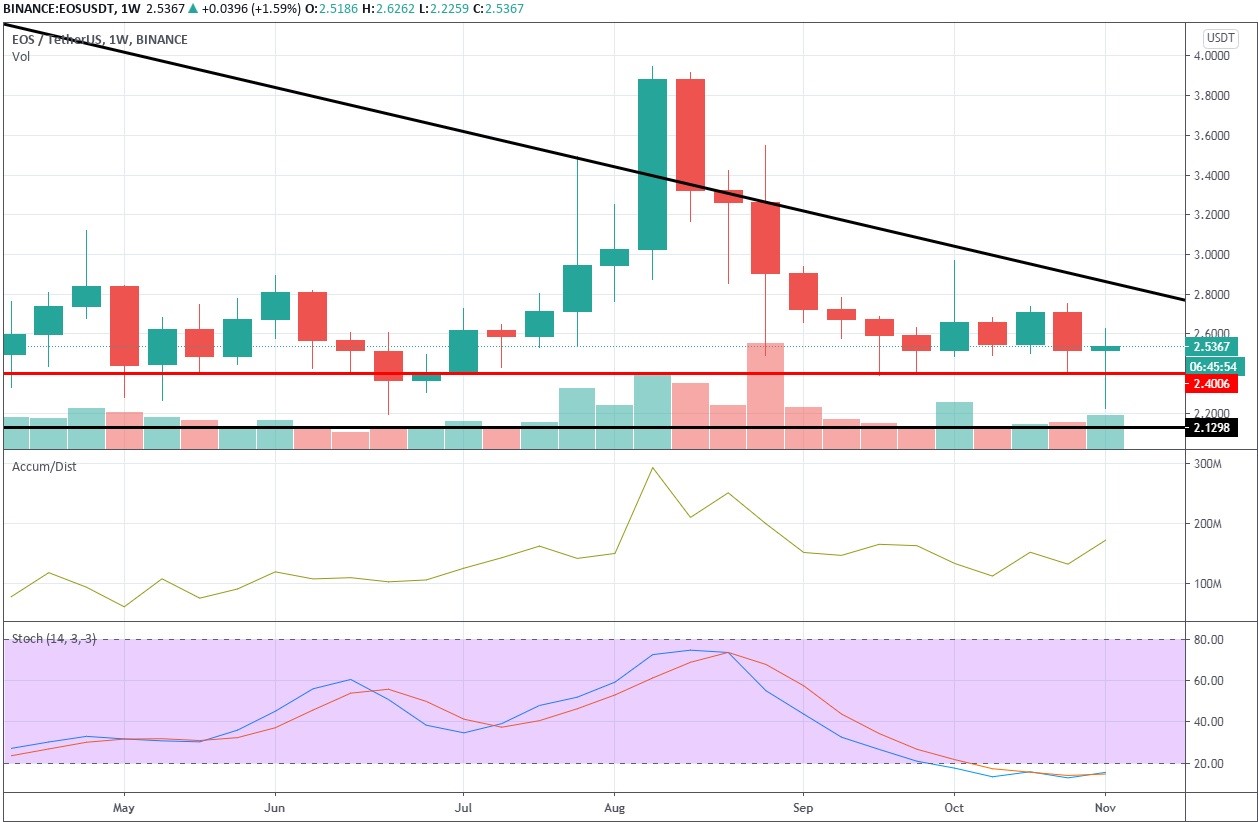 However, the last weekly candle closed below its predecessor, while the current one shows a big push to the downside, which the buyers have recovered only slightly. Therefore, the close of this week’s candle might determine the course of action for the next three weeks: a close below $2.4 will surely lead to a drop to $2.12 or lower.

On the daily time frame, there is the area of powerful resistance that has served as a borderline between bearish and bullish zones. 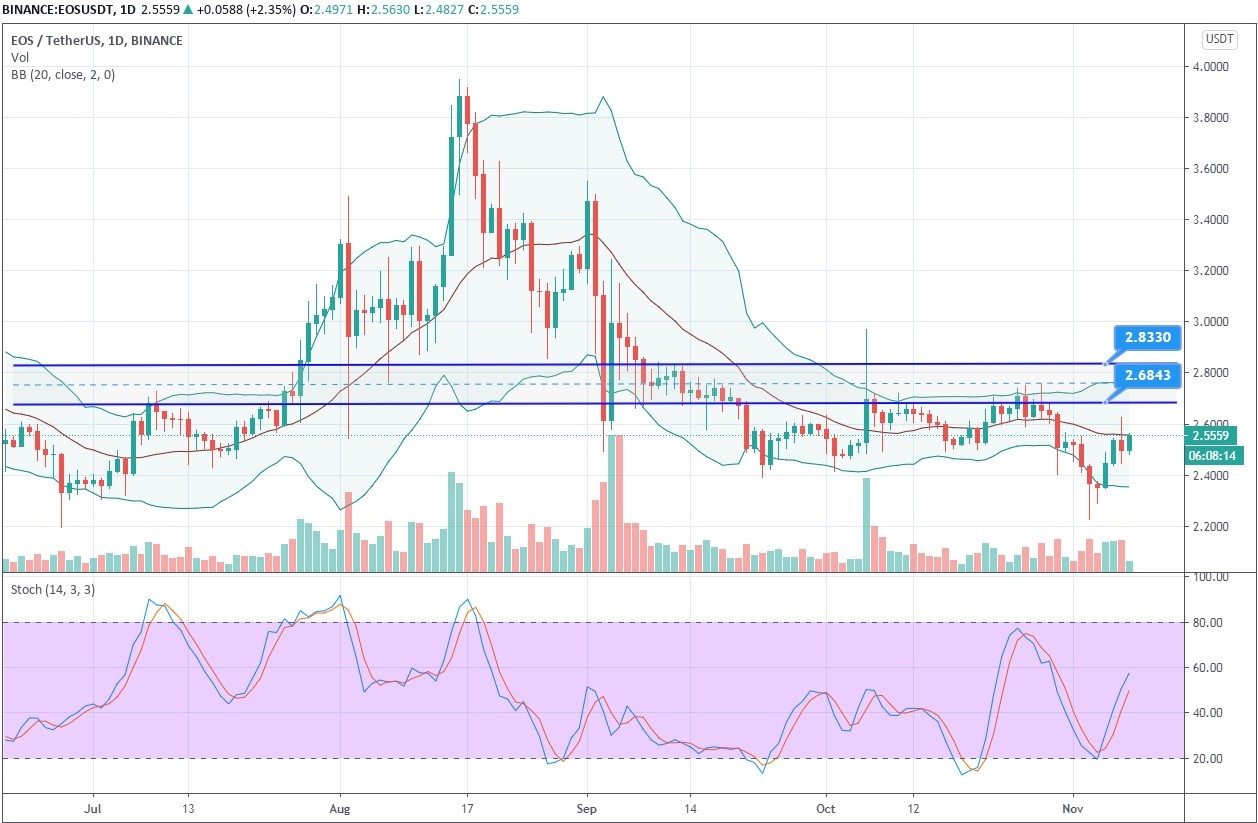 Given the aggressive bullishness of Stochastic, we are expecting a push above the middle line of Bollinger Bands and towards $2.68.