However paradoxical it may sound but right now, the forks of Bitcoin are actually doing relatively better in terms of price action than their forefather. Take Bitcoin SV, for instance: despite all the controversy that surrounded this coin with regard to the infamous Craig Wright legal case and the market crash, the 6th cryptocurrency managed to retain the yearly level of profitability at 153% against USD and even provided a 64% better yield than Bitcoin.

Favorable showings but no bursting price action to be expected

Even though many had been predicting that the soaring price of BSV in the first month of 2020 was fueled by the hype generated by the mentioned court charade, the coin itself proved them wrong by consolidating steadily around the $275 before being kicked in the gut by the fast, though expected emergence of global economic crisis. 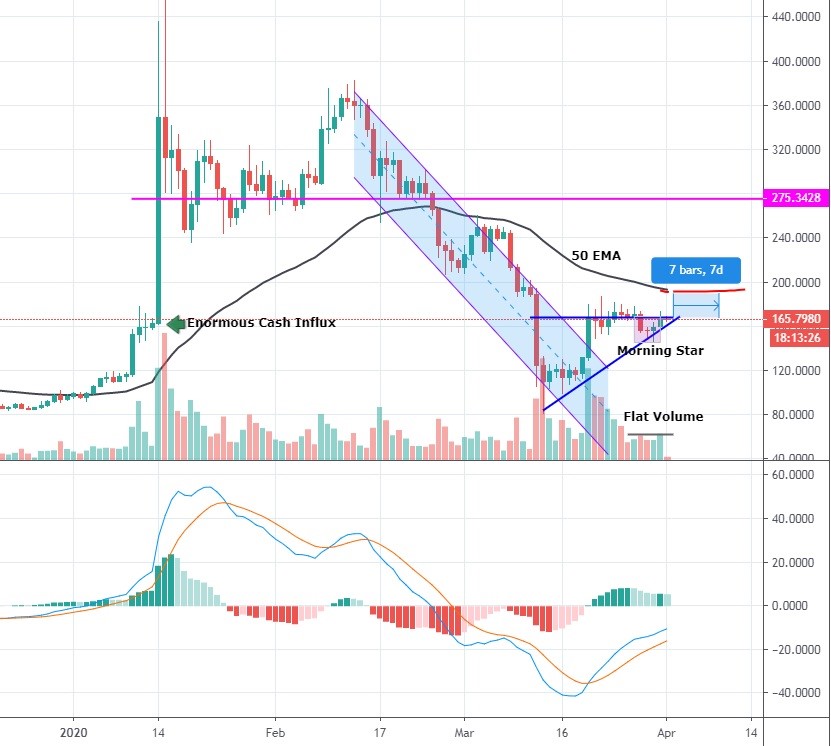