Despite the controversy and negativity that surrounded Bitcoin SV (BSV) at the beginning of 2020, which also coincided with so far the biggest bull rally of the year that saw the altcoin gaining 440% in little over a month - a feat that even some DeFi tokens would be jealous of - BSV has proven its resilience at the time of market crisis in March as it managed to steer clear of “death zone” beneath $80, although it did touch it with the lower wick of the weekly candle. 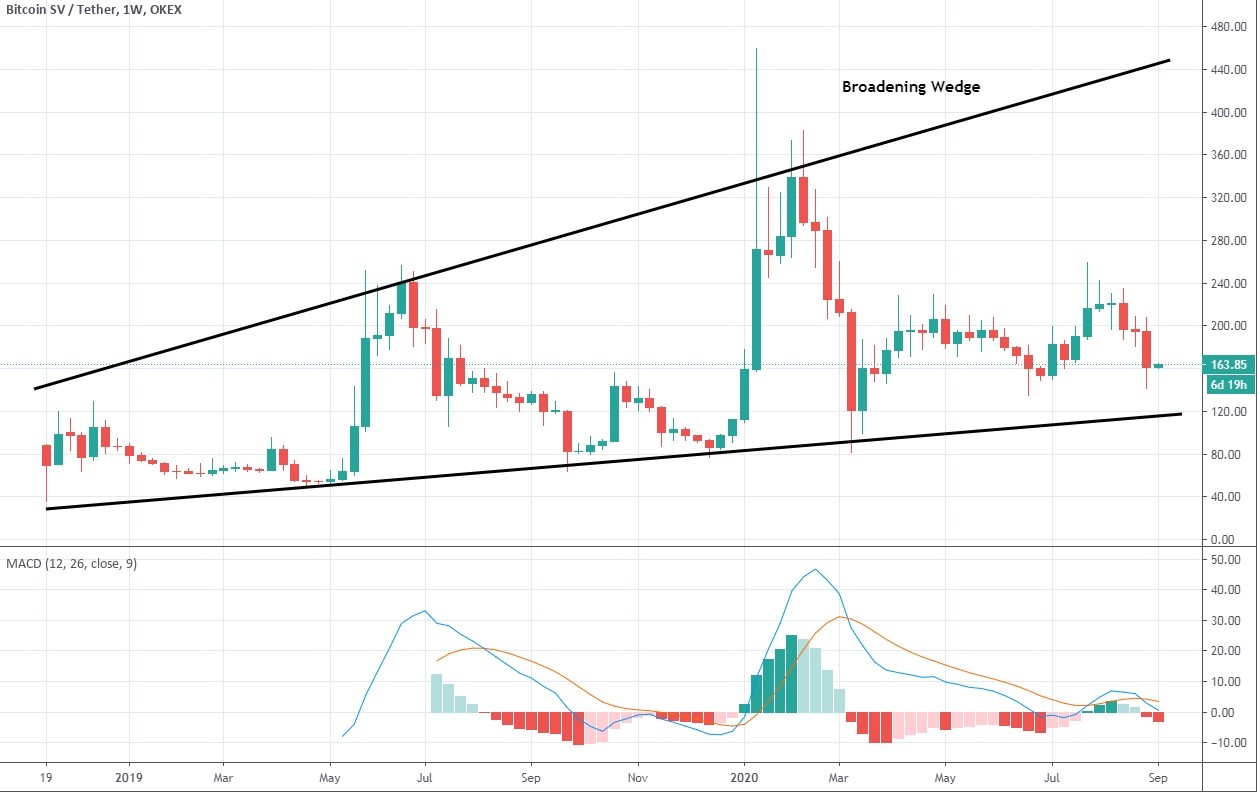 Nevertheless, BSV managed not to fall beneath the macro support line and kept on chugging to the upside, making higher lows on the way. It’s interesting to note that on this time frame, Bitcoin SV is actually drawing a broadening wedge pattern, which is widely considered to be a bearish pattern that should alarm traders, especially considering that the cryptocurrency market has entered September with a bang, so to speak, by tanking around 20% across the board, including BSV that lost 18% against USD in the past seven days, and 26% in a month that was quite fruitful for the majority of other altcoins.