Over the last twelve months, Bitcoin SV (BSV) has taken traders on the rollercoaster ride that can hardly be deemed as enjoyable, at least for those who couldn’t figure out the right moment to take the profit. There were two appropriate moments to exit the position: at $350, when the bullish rally reached its peak (twice), or the area around $300 that was the usual place of interaction for the price and the support during the first months of 2020. 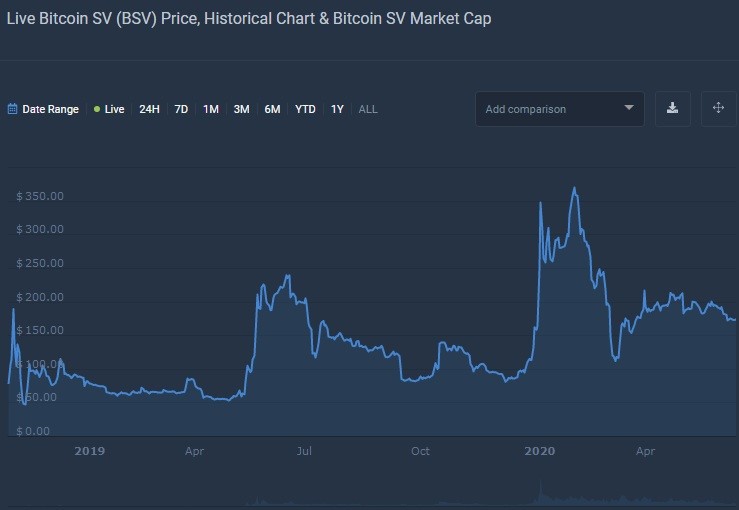 Those who didn’t catch the drift of BSV were forced to watch as the price made an almost complete U-turn and fell just short of the pre-rally level, having found support near the $100 area. The blame for such a deep trough can be pinned partially on the coronavirus pandemic, which had an earthquake-like effect on both traditional and cryptocurrency markets. But even despite having such an epic nosedive, the fork of Bitcoin Cash has somehow managed to maintain the overall bullish agenda since even a gigantic dip in March still ended up being a higher low on the all-time price chart.

After a relatively swift recovery from the aftermath of Black Thursday, which reached its climax on April 9, the day before the currencies first halving, BSV has switched to a deep correction mode that is set to linger for quite some time before another probable rocket launch to the upside.

An inverted cup & handle in the making

Actually, it was the halving event that ended all hopes of bullishly-minded BSV traders for another sizable rally to the upside. To be more precise, it was caused by an unprecedented exodus of miners who switched to mining Bitcoin instead. This led to a sharp and massive drop in hashrate that had basically shot down the price in mid-flight.

As you can see, the hashrate has already made a 50% recovery, but apparently, the drop has had a significant effect on the market as the price began to slope down to $130, signifying the establishment of total dominance of the bears. 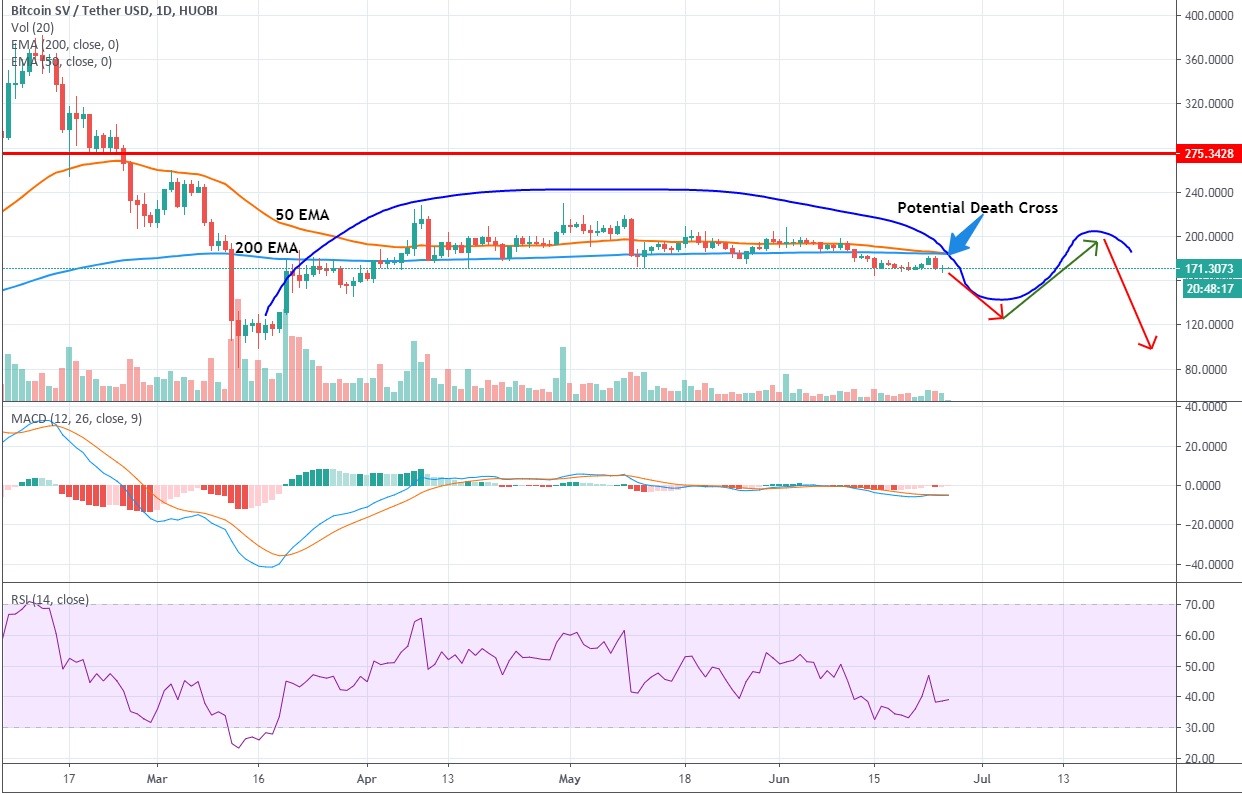 Bitcoin SV’s positioning against key moving averages also points out that the sellers will play the first violin in this market for the time being. For a couple of months after the halving, the price had been relying on the 200 EMA for support, but on June 12, it dived underneath the moving average, dragging the 50 EMA towards forming a death cross on the daily time frame. The realization of that pattern will take the price below $130, thus taking another step towards establishing the inverted cup and handle that is generally regarded as a bearish pattern.

MACD supports these bearish signals as it has already descended to the bearish territory below the zero line, and now approached -10.

The 14-period RSI has also been sliding down without even crossing 70 at the time of the halving. There are no visible bullish divergences on that indicator, so it supports the notion about the bearish move in the direction of $130.

Swing traders could use that as an opportunity to buy the dip with an objective to offload BSV at the top of the handle at $180 - $200. Since the inverted cup and handle is a bearish pattern, we expect that the price will eventually fall below $120 and start seeking the bottom.