In April and May, ‘halving’ was the hottest word in the crypto space, not only because of the planned reward decrease of the first cryptocurrency but also its offsprings - Bitcoin Cash and Bitcoin SV. The Bitcoin halving occurred on May 13, while those of its forks happened on April 8. So far, it had a similar effect on the price of all three currencies as they began to stagnate after the corresponding bull rallies.

The exodus of miners ruins the upward momentum

We remember Bitcoin SV as an absolutely astounding gainer that shocked the market at the beginning of the year by going on a 400% run, despite the controversy around its creator Craig Wright and the semi-farcical court hearings. These monstrous gains allowed BSV to maintain a favorable gaining profile on the year, although the recent crisis has relieved the coin of its mojo.

Although it was not the COVID-19 crash alone that stepped BSV on the throat, but also a massive exodus of miners that occurred right before the halving event.

Since the beginning of February, the hashrate of Bitcoin SV had been decreasing gradually, a natural reaction to the price correction in the market. But in the first week of April, miners began to defect to the Bitcoin network en masse, which resulted in a painful hashrate crash from 3 EH/s to 1EH/s. 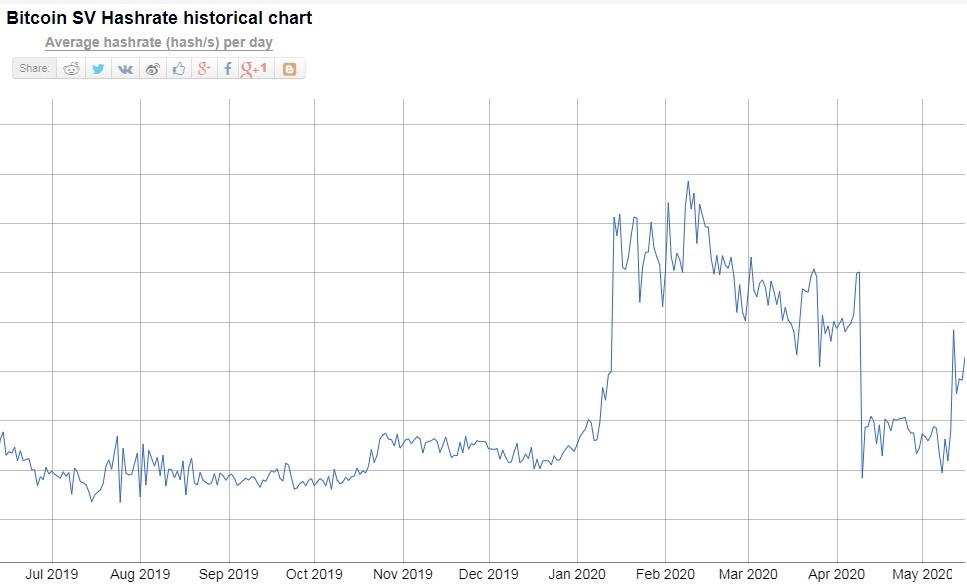 While the economic reasons behind such behavior is totally understandable, it has, nevertheless, spoiled the entire bullish momentum which Bitcoin SV was having after the March collapse and left the market hanging in the balance. 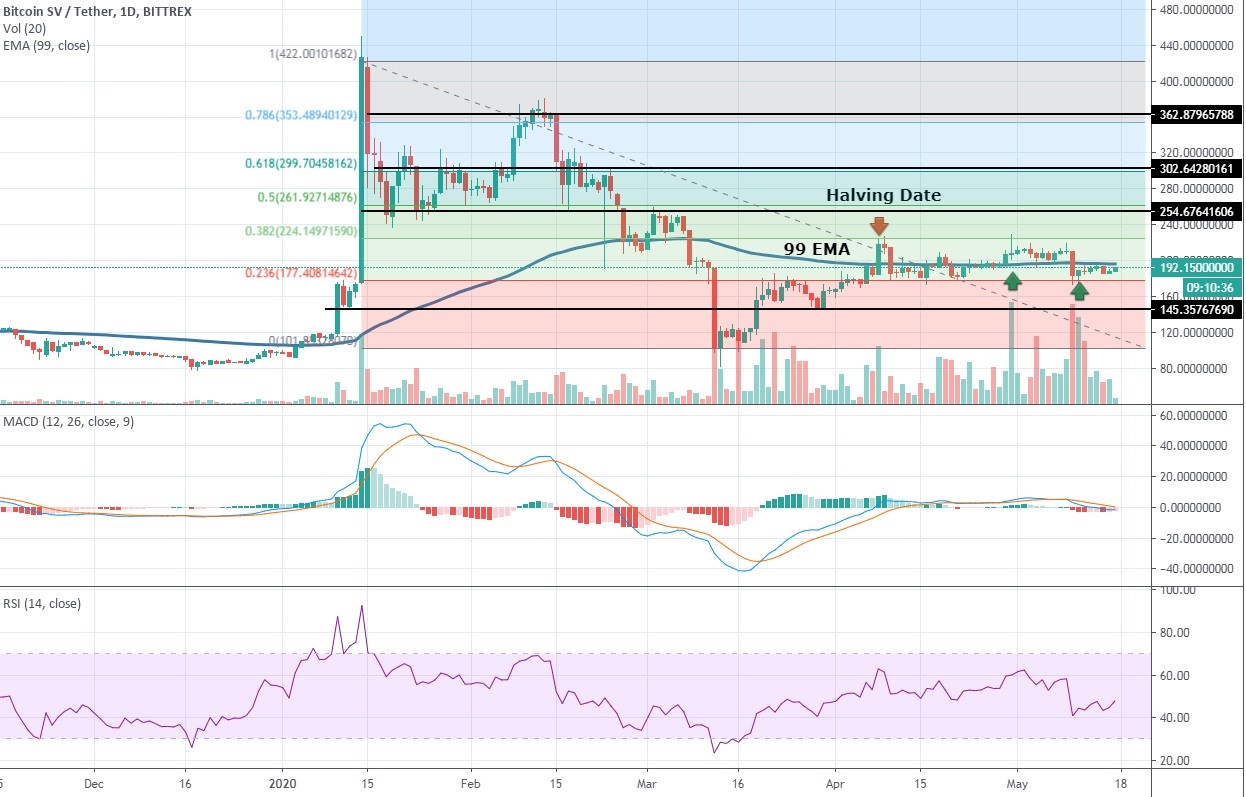 Even though the hashrate began to restore to its previous levels, it didn’t seem to have any significant effect on the price of the coin, which remains literally glued to the 99-period EMA, thus signifying the prevailing indecision in the current market. The trading volume analysis reveals that the bears are still holding the initiative since the days when there was the largest buying volume resulted in the minuscule green candles, meaning that the bears have enough means to keep the price at bay, which is now stuck between the 0.236 and the 0.382 Fibonacci retracement levels, with the 99 EMA being the axis around which the price action revolves.

We reckon that right now, BSV doesn’t have enough vigor to perform a strong move to the upside, mainly because all of the previous buying efforts were to no avail. Besides, two important indicators: MACD and the 14-period RSI are demonstratively neutral, thus further confirming the notion of the underlying indecision. RSI has been in the neutral zone between 40 and 60 since March 19, whereas MACD has been gliding along a dividing zero line since the middle of April, recently demonstrating an intention to dive to the bearish zone.

Our analysis shows that Bitcoin SV has a higher probability of taking a bearish turn by falling out of the current range and down to the support at $145, where it would persist with its tedious consolidation. Things could still turn bullish for a while, but even in that case, BSV wouldn’t go higher than $245 as it is a level of convergence between the 0.5 level on Fibo and the recent resistance. This also applies to each of the next resistance levels: $302 and $362, which would make the coin’s trip to the upside extremely complicated. Therefore, we can brand Bitcoin SV as stagnant, a status that won’t change in the next month.