The year 2020 began phenomenally for Bitcoin SV (BSV) as the hard fork of Bitcoin took a rocket to the Moon in the first three weeks of the year and gained 500%. But it all ended in a V-shaped reversal, exacerbated by the coronavirus crisis in March, after which the altcoin has completely lost its mojo, along with the top spot in global cryptocurrency rankings. 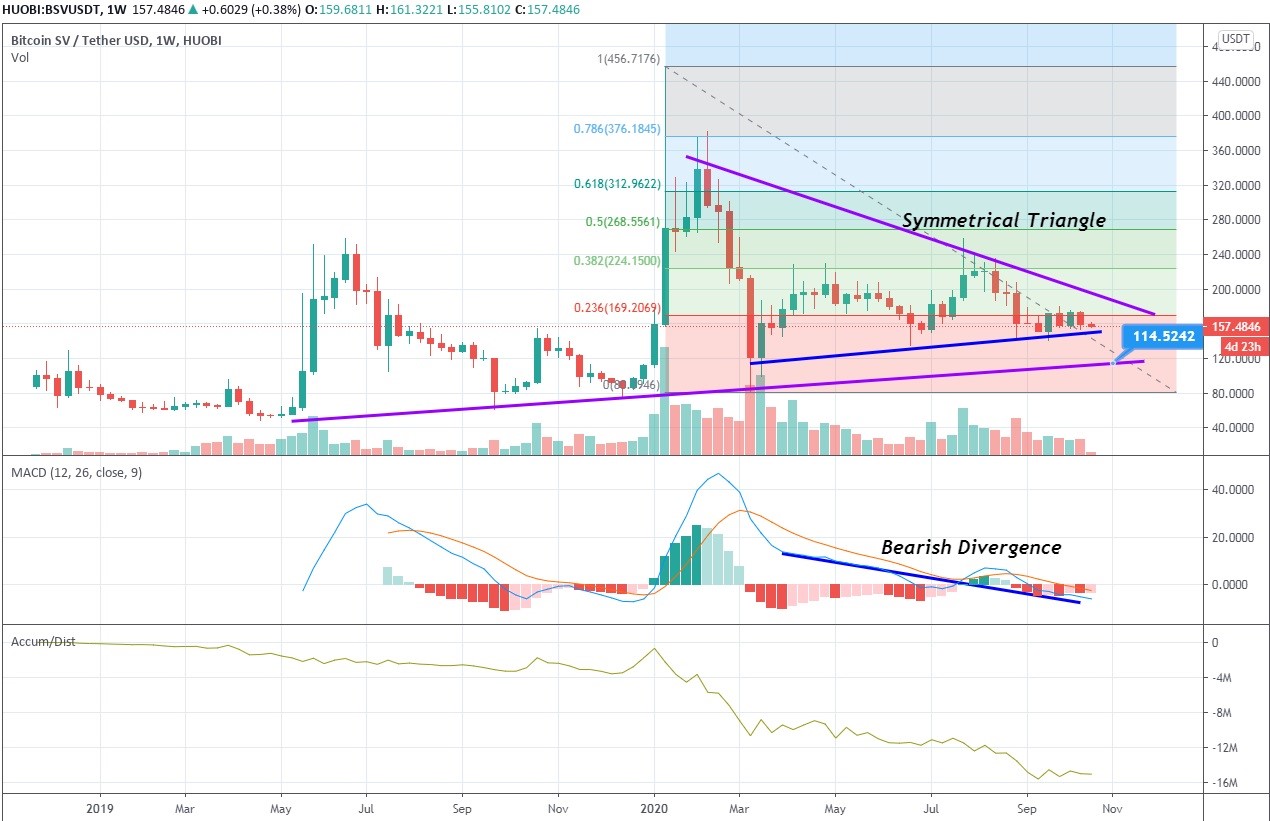 And even though Bitcoin SV is still 63.74% in the green on the year-to-date timeframe, its overall performance is clearly underwhelming. The altcoin’s achievements in the past six months are limited to the recovery to $224 from this year’s bottom at $79, followed by the confinement in the perpetual range that stands between $152 and $224.

The uptrend is hanging by the thread

At the moment, BSV is being traded at $157.3 on the backdrop of a 1.4% price decline in a week and a 10.13% depreciation over the past month. BSV’s all-time ROI currently stands at 78.4% - a major disappointment for long-term holders. During this time, traders also saw a demise of hard fork’s market capitalization from $6,7 billion at the peak of the winter rally to the current $2,9 billion, which led to a tangible drop in global rankings from the 5th to the 11th place.

But despite this nearly frustrating output, BSV retains a bleak hope for the restoration of the uptrend as the bulls somehow managed to keep intact the uptrend structure on the macro scale (weekly chart) as the price persists making higher lows in spite of all critical events.

Therefore, Bitcoin SV still has a safety net, so to speak, as the buyers can afford to let the price drop to $114.5 without compromising the integrity of the feeble uptrend.

The weekly timeframe also shows that this year’s price action has shaped up into a symmetrical triangle, which is a continuation pattern. However, there is a big question whether this pattern is going to be resolved to the upside or the downside because we see a distinct bearish divergence on MACD that started to form in the middle of March. The same applies to the Accumulation/Distribution indicator that is flowing at the bottom of the distribution zone at -16M, signaling about the prevailing selling volume, which gives more than enough reason to believe that Bitcoin SV is likely to resolve the triangle pattern to the downside, possibly even dropping by another 48% to the bottom of the Fibonacci retracement grid or $80 - $82, price-wise. 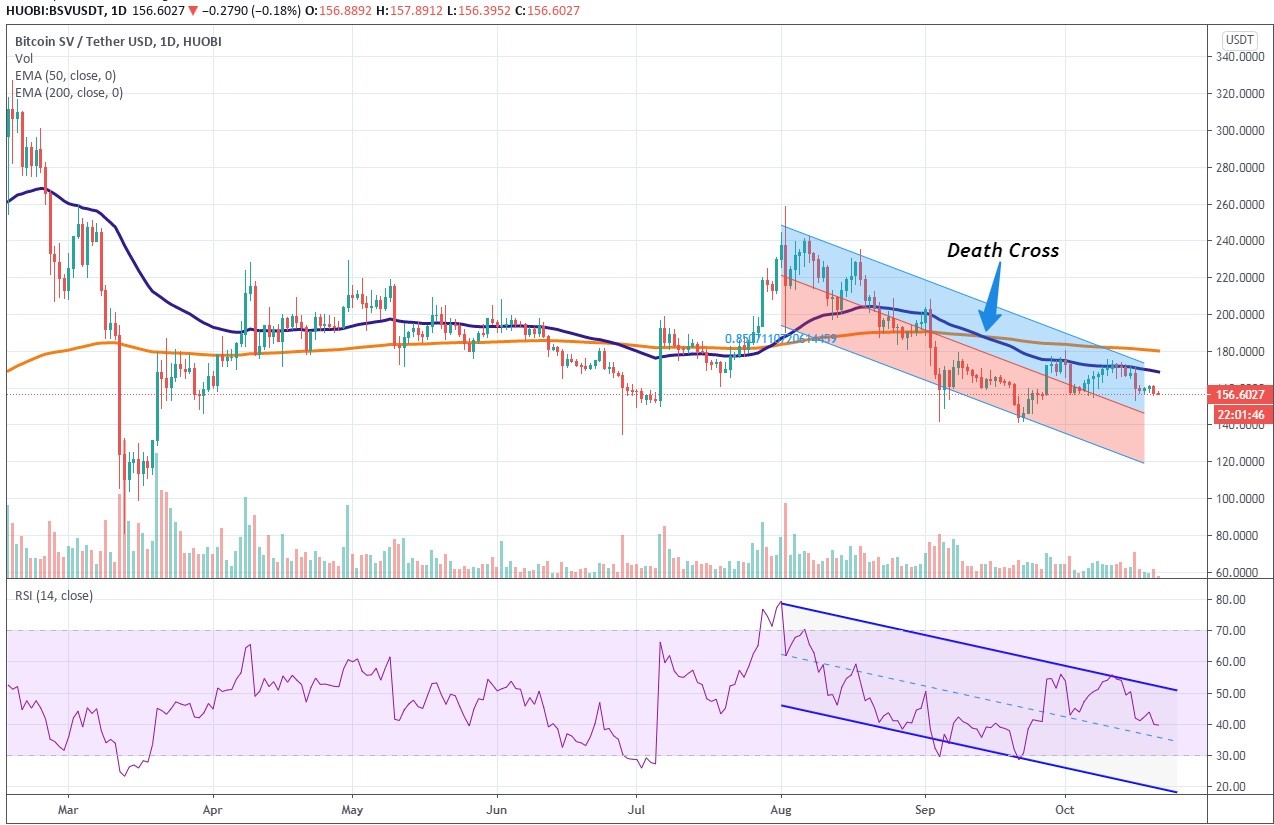 The situation on the daily timeframe looks no less bearish as BSV had dropped below the 200 EMA and the 50 EMA as the result of the September dump, which ultimately led to the emergence of a death cross, though it must be noted that both death and golden crosses aren’t the most reliable trading signals in the cryptocurrency market.

The longer Bitcoin SV stays underneath the two key moving average, the stronger would be its bearish outlook, especially if the 14-period RSI fails to break to the upside at 50. In the next five to ten days, BSV could drop to $120, the bottom of the regression channel draw on the chart.

New coins on the rise