In a few months, Litecoin (LTC) will probably be nominated as the most disappointing top altcoin of the year. Contrary to the expectations of LTC adepts who had been preaching about the inevitable rise of Digital Silver after the halving, things have gone sour for the former 4th cryptocurrency as it has been knocked down to the 10th spot, and its market capitalization trimmed to $3,1 billion, and now has Crypto.com Coin (CRO) stepping on its toes. Given how bearish the first half of September has been for the cryptocurrency market in general, as it tanked by 20% across the board, and how DeFi currencies like Polkadot (DOT) are forcing their way into the cryptocurrency elite, traders are likely to see Litecoin on the wrong side of top 20 by the end of the year.

The bears are dominating the Litecoin market

A sub-par performance of Litecoin continued into the fall as the altcoin lost 17.2% in the last seven days against USD, while its losses on a yearly scale amounted to 32% against USD, 31% in the pair with Bitcoin, and 65% against ETH. It comes to show that the bearish agenda remains overwhelmingly strong in this market, and it’s unlikely to change any time soon.

The situation on the weekly time frame confirms this notion as LTC couldn’t even rise above the 23.6% Fibonacci retracement level, whereas many neighboring altcoins have gone far beyond the highs of 2019. 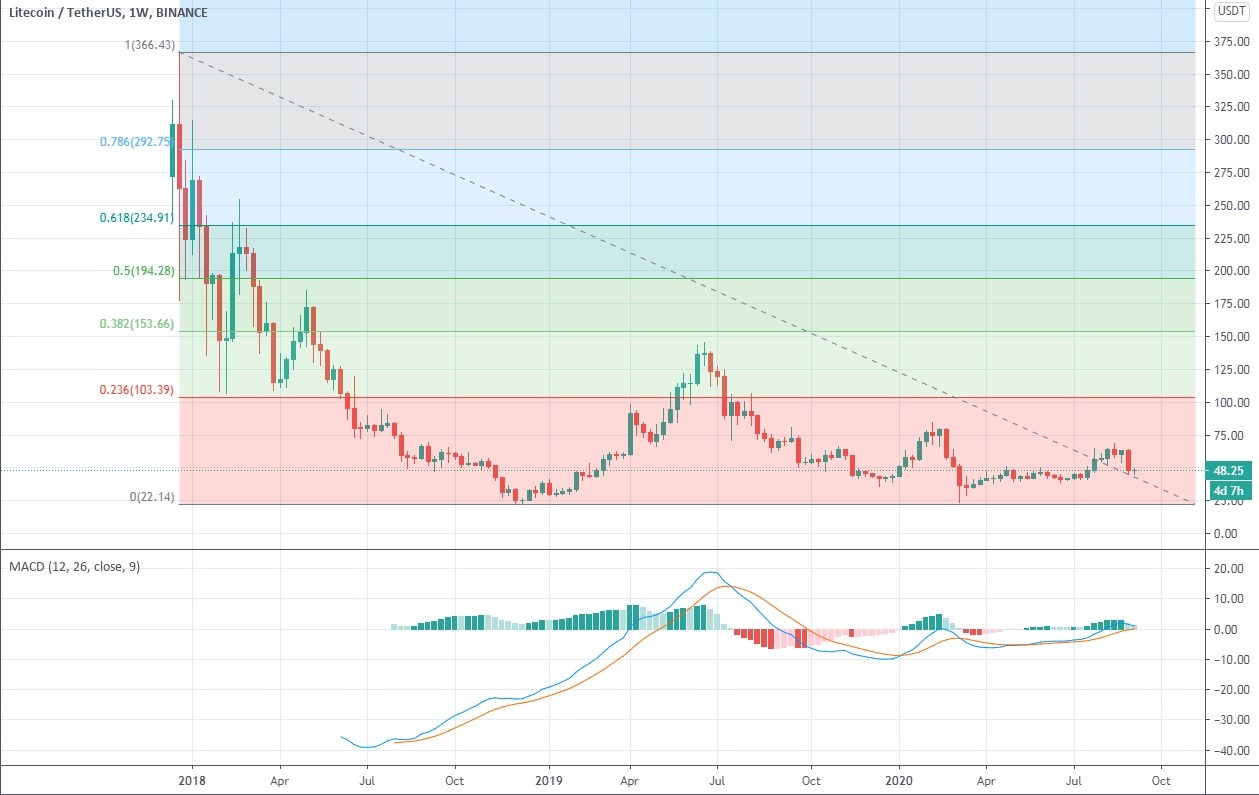 The current bearishness of Litecoin is striking: it took the price several months to recover after the COVID-19 crisis, but it couldn’t even reach the pre-crisis level when the sudden sell-off at the beginning of the month has taken LTC back to the multi-week support at $48, with the prospect of going even lower towards the bottom of the March crash near $30.

On the other hand, we see that MACD was about to enter the bullish territory, which could have provided some additional puff for the buyers, but the events of the last week are likely to force another rejection at the zero line, similar to the one we saw in March. It’s not a done deal yet, as the cryptocurrency market is trying vehemently to stay above the waterline, and its swift recovery could save Litecoin from a total demise in the eyes of retail traders by dragging it back above $60.

The daily chart provides a clearer understanding of the current struggle between the buyers and sellers in this market. 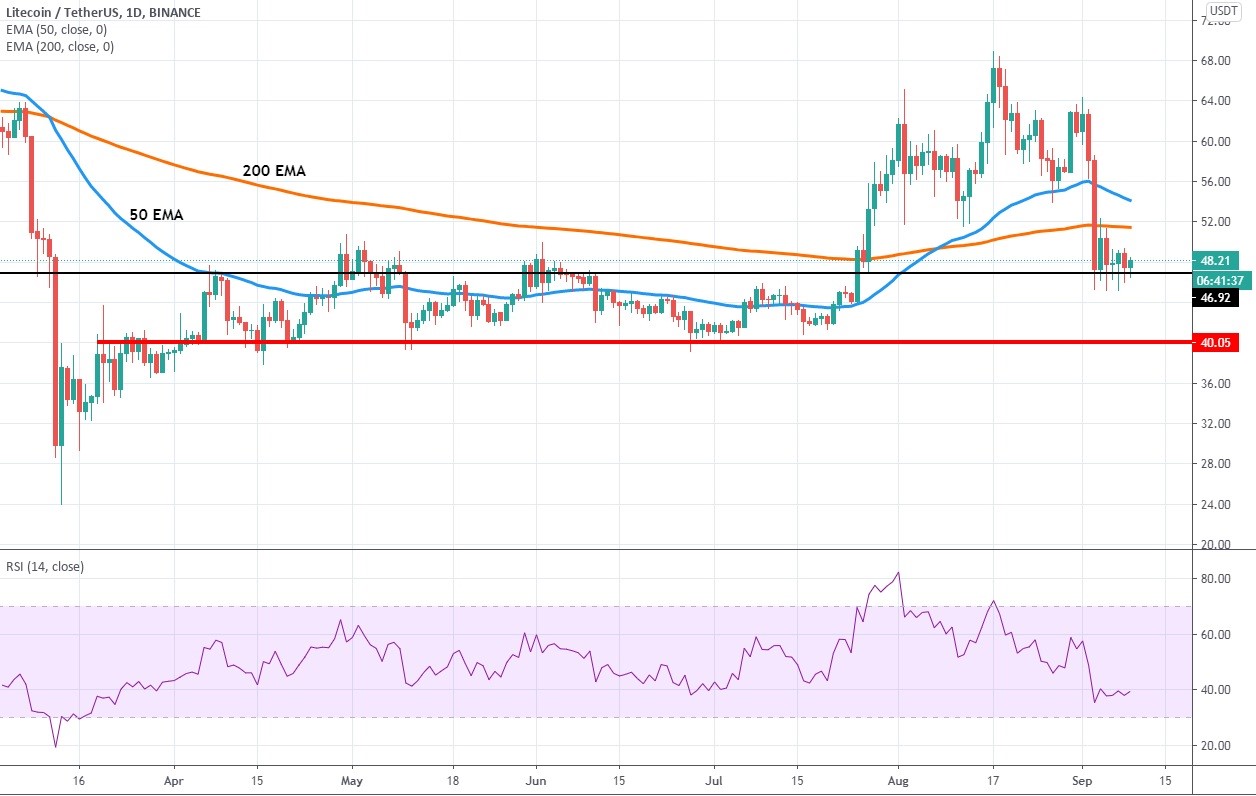 Both parties have locked their horns and claws near the support at $47 and can’t seem to get out of the clinch. The price action takes place below both 50 EMA and 200 EMA, so the bears have the upper hand now. By sliding down beneath that level, Litecoin would open the floodgate for panic sellers and expedite its trip to $40, while the most aggressive sellers would try and push it to $35 or slightly lower, which could be the spot where the bulls would finally step in and reverse the price flow.