While a considerable part of the cryptocurrency market is booming, Litecoin’s progress in terms of bullish price action has been modest. Digital Silver did gain 8% during the past seven days, but these achievements pale in comparison to the losses that LTC sustained over the year. The USD value dropped by 62.5%, while the gap with Bitcoin increased to 52%.

At the same time, Litecoin is losing its positions is global ranks: project’s overall market capitalization was reduced to $2,9 billion, pushing LTC to the 8th spot, while Binance Coin (BNB), which stands at the 9th, is only some $300 million short to superseding Litecoin. It appears that the post-halving price dump and the subsequent coronavirus crisis had scared big buyers away from this market. Is this the ultimate demise of Litecoin, or will the bulls take the price for a ride once again?

Buried deep in the range

The weekly LTC/USDT chart reveals that the degrading altcoin has been squeezed into an accurate range between $40 and $50 since the beginning of April. Obviously, that is a multi-week accumulation zone where impactful players have been consolidating their positions. 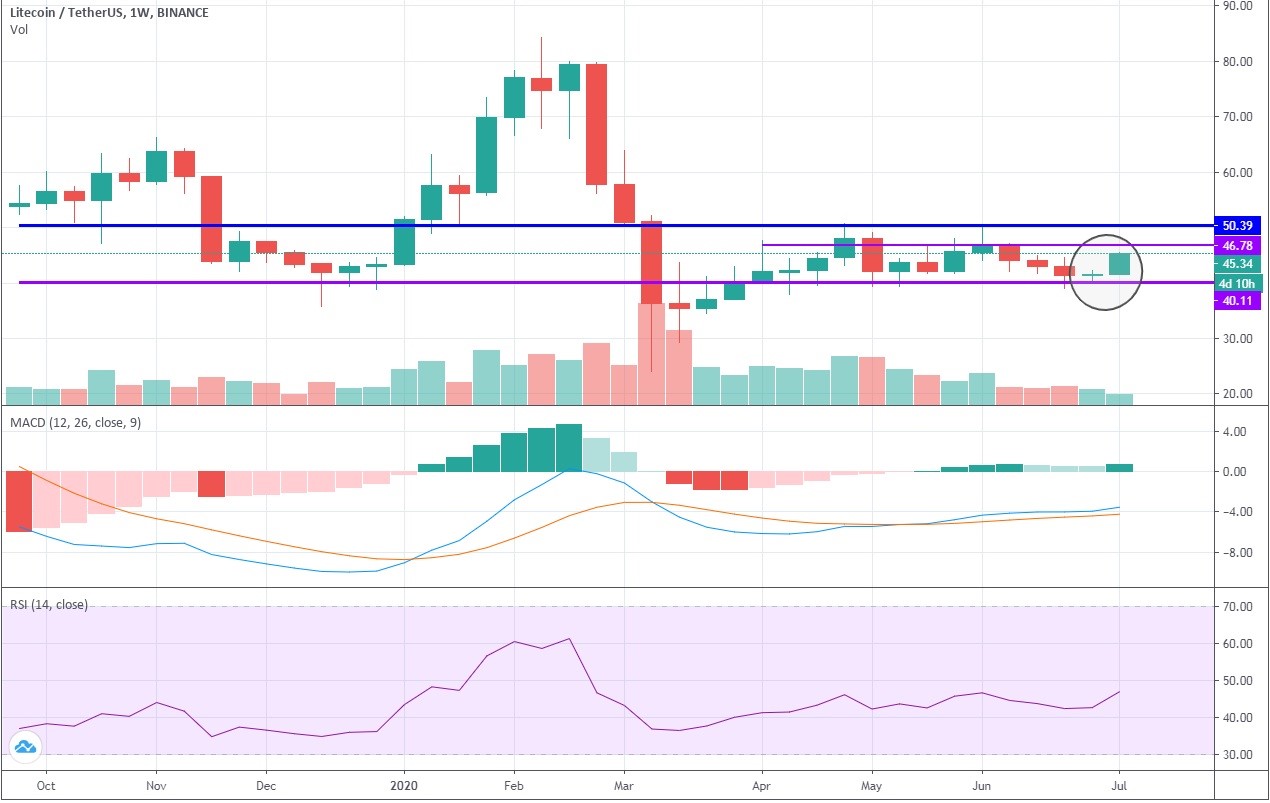 The trading volume analysis tells us that the buying volume has been prevalent over the past three months, but it didn’t help the bulls to rise above $50. During the retest of resistance, the bullish push turned out to be weak and was immediately rejected to $40. But over the past two weeks, we have seen the emergence of the morning star pattern, which provides a strong signal about the finalized reverse of the previous (bearish) price direction and the preparation for another attempt at $50. If the current weekly candle closes above $46,78, it will constitute a signal for a quick long play with entry at $48,8 - $48,9 and the profit target at $49,96 - $50.

Main indicators also appear to be bullishly-oriented as RSI has shown a sharp rise from 42 to 46, while MACD seems to have also exited the state of hibernation and climbed above -4. This disposition tells us that Litecoin could be gearing up for a burst to $50, although that zone is likely to turn out to be impenetrable again; hence the ranging will persist.

The predicted price appreciation could take place within two to three weeks, but those who are looking for a quicker long play could execute it on the daily time frame, where LTC is approaching the interim resistance at $46.8. 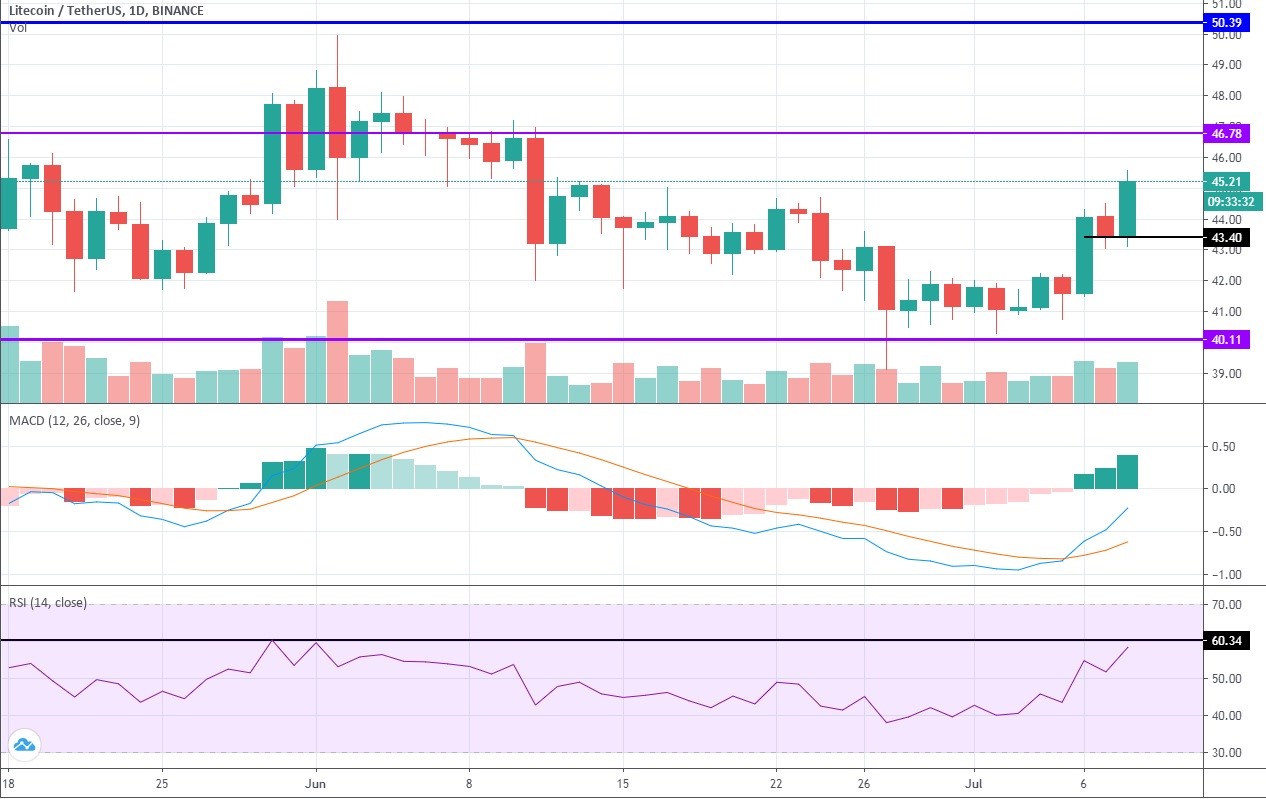 For the past two days, Litecoin has been holding onto the support line at $43.40 quite well, while the trading volume appears to be inflating. MACD and RSI are also going upward at full speed, but the latter is about to meet the resistance at 60.34 that could lead to a hiccup in the bullish price action. MACD, on the other hand, hasn’t been so bullish since the end of March.

Despite being inherently weak, Litecoin is presently going through a short period of bullish price action that will be extinguished at $50.