Litecoin is inarguably the most disappointing top cryptocurrency both in terms of gains and the overall price action. In hindsight, the last halving, which took place on August 5, 2019, has had disastrous consequences for the 7th cryptocurrency as it didn't make the price go to the upside, but, on the contrary, marked the continuation of extensive price depreciation, along with the market capitalization, which collapsed from $8 billion to $2,8 billion in less than a year.

During that time, the creation of Charlie Lee had rolled down in the ranks significantly, having gone from being ranked 4th all the way to the 7th spot. To make matters worse, even that position is now being threatened by the likes of Binance Coin and EOS that have roughly the same market capitalization: $2,58 billion and $2,4 billion, respectively. So, don't be surprised if, by the end of this year, Litecoin would find itself being pushed further down or even out of the top 10.

Understandably, things have also gone sour for Litecoin in the gaining department as the coin is deeply in the red on both the yearly (-60% against USD, - 63% - Bitcoin) and monthly time frames (-0.16% USD and - 18.9% - BTC), which further proves that once immensely promising cryptocurrency is now in a very deep crisis.

The weekly LTC/USDT chart below shows that after a glimmer of hope in 2019, when the pre-halving rally took the price to the local high at $137 ($144 on some exchanges), it still turned out to be the lower high on the macro level. Therefore, despite the halving, and all the hype that surrounded it, as well as the ceaseless business and marketing activities on the part of the Litecoin Foundation and its founder Charlie Lee, the coin remains inherently bearish, and will stay that way at least until the price finds its way out of the ascending wedge formation. 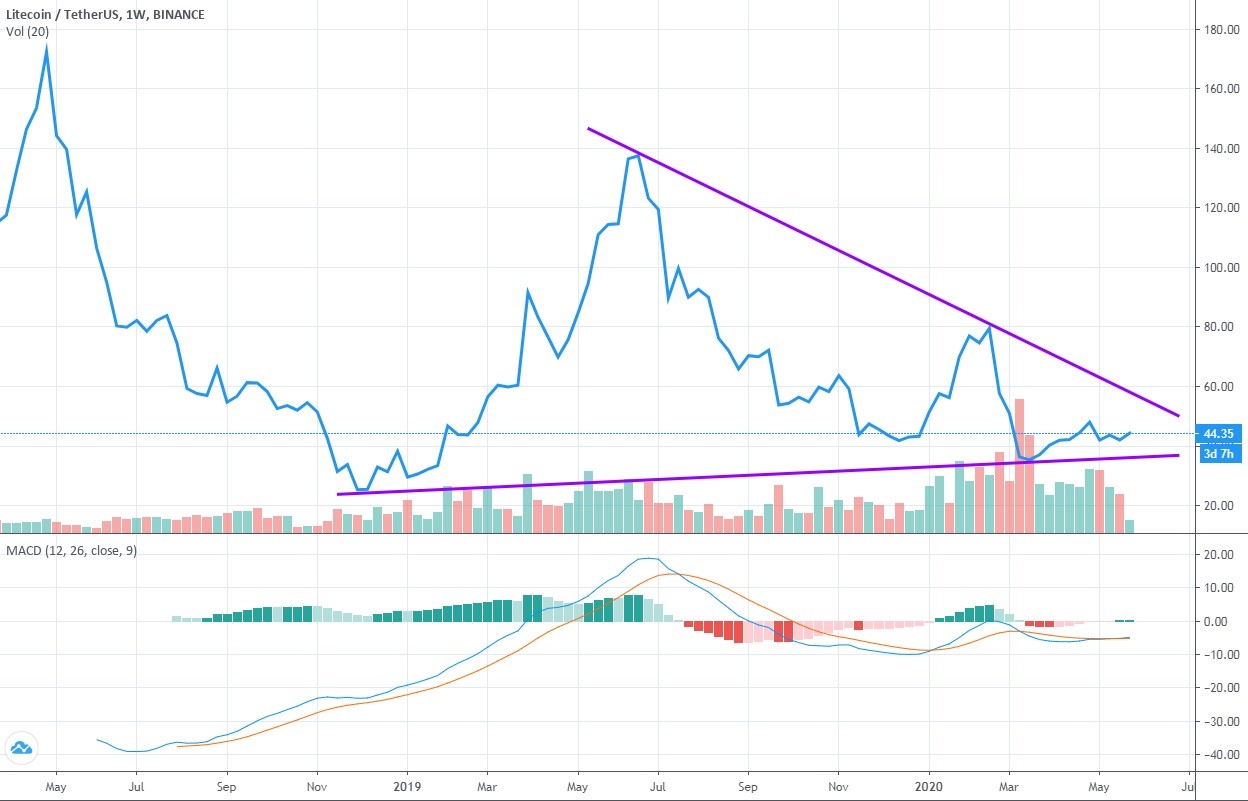 As traders know, the ascending wedge is considered a bearish pattern, so we have reasons to expect Litecoin to dip below $20 at some point this year, and could even test the depth of $10. There is virtually no indication of intention on the side of Litecoin to reverse even this secondary uptrend, which means that only stagnation and the subsequent price decrease is what lies ahead of LTC.

There is a chance, of course, for Litecoin to go to the upside and even test the resistance at $52.9, but that only could happen if the post-halving price action of Bitcoin would be of a bullish kind and pull with it the entire market to the upside. Otherwise, Litecoin has no other option but to go down dramatically or get mired in the sloping consolidation. 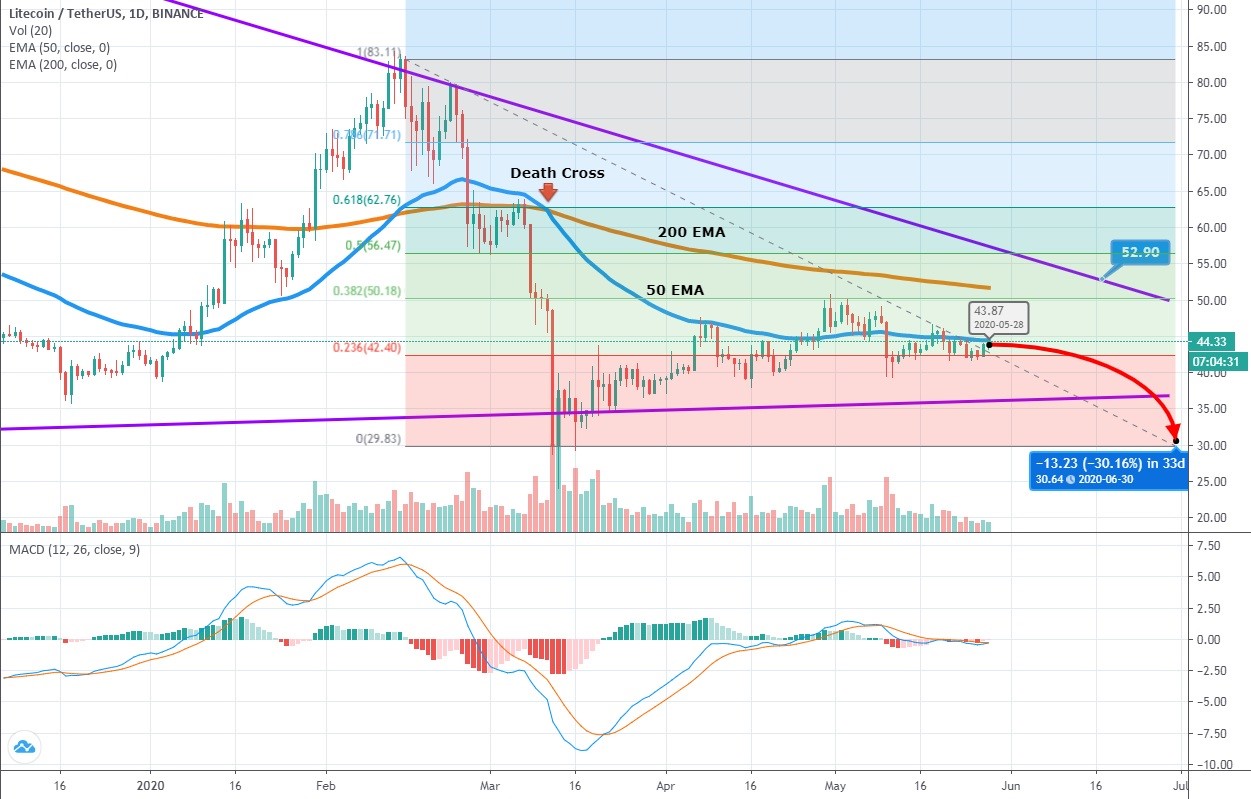 The bearishness of Litecoin is also proved by its position against two crucial moving averages: the 50 EMA and the 200-period EMA. After the death cross on March 12, those two have been moving farther apart and downward, thus holding LTC firmly in the bearish context. In addition, MACD has failed to stay in the bullish territory above zero, and is now neutral with the bearish outlook.

To summarize, Litecoin is having a bad year, and it's entirely possible that it would turn worse in the next month or two. Therefore, we expect LTC to decrease in value by 30% in the next 30+ days, and only then it would be a good time to start looking for some reversal patterns.