The first part of the year 2019, which preceded its second halving, has been quite productive for Litecoin. The Digital Silver began that year at the bottom of the correction after the 2017/2018 bull market at around $32 and made its way to the yearly high of $142.13 in a little less than six months. Some say that LTC has been striding on the back of a hype that naturally occurs before such an important event as the halving. 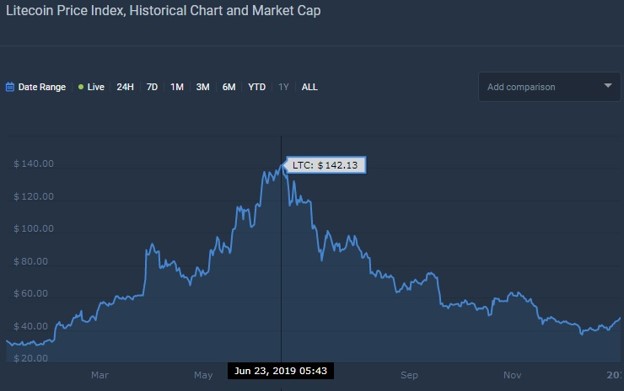 Many predicted that Litecoin should have consolidated for a little while after the halving and then continue moving steadily upwards. But on the contrary, the 6th cryptocurrency had exhausted its momentum way before it, and the price had already been in a correction mode on the day when the block reward was slashed by half to 12.5 coins per block. 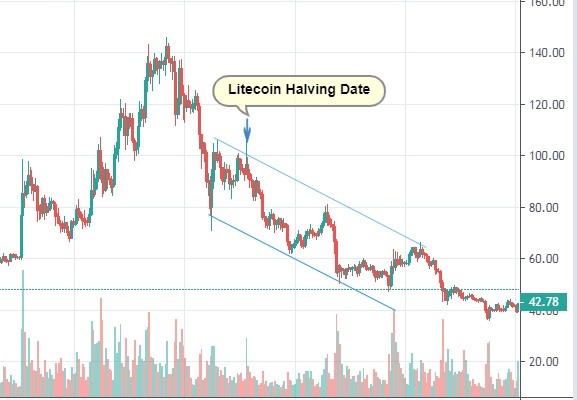 All that Litecoin managed to do on that particular date was put up a large green wick, although the price was immediately pushed back into the downtrend corridor by the sellers. The rest of the year turned out to be quite sour for LTC as it continued losing its value, sometimes abruptly, reaching a low of $35.78 in mid-December. So the thing that everyone wants to know now is when Litecoin would restore the former glory on its own accord, or should traders wait for Bitcoin to start dragging his younger sibling up once the hype around the BTC halving kicks in?

Historically, January has been an unstable month for Litecoin in terms of its prowess in generating returns on investment.

Whereas February has proven to be a very fruitful month, so, judging from the historical perspective, we may assume that Litecoin would spend the first month of the year accumulating strength for a considerable bull rally. 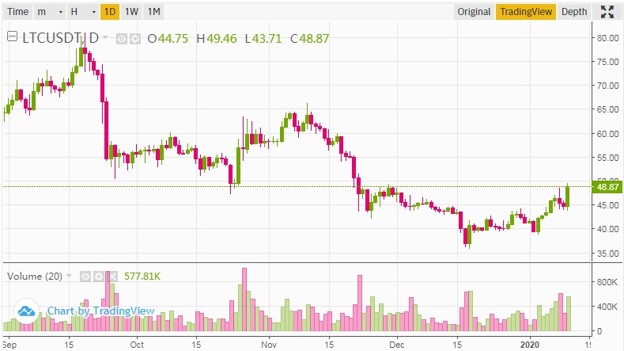 By looking at the daily LTC/USDT chart, we can arrive at the conclusion that the cryptocurrency is trying to make a bounce from the said yearly lows and break into the $50 - $55 territory. But even that won’t serve as a substantial proof of Litecoin’s recovery since it won’t constitute even half of the Fibonacci’s first retracement level. 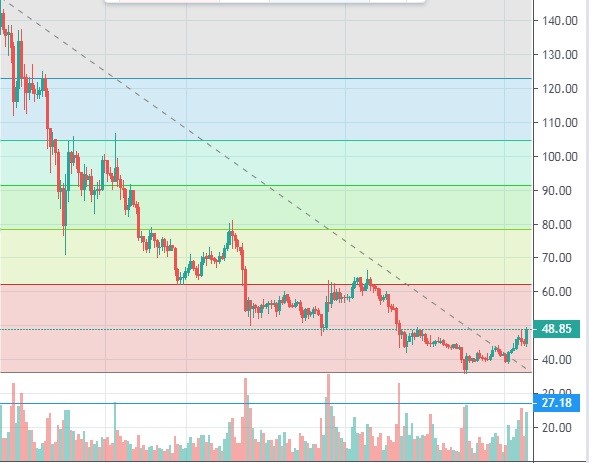 However, there are additional positive signs for Litecoin, which point to the notion that the Silver might take a positive price action in the next couple of weeks. One such sign is the trading volume that has been rising significantly since January 1. In just ten days, the volume has ballooned from a mere $11 million to a more respectable $73 million, which translated to a sequence of green candles on the 1-day chart.

Technical indicators remain ambiguous towards Litecoin, although the overall showings are relatively positive. The RSI on the daily LTC/USDT chart has entered the overbought region, which tells of a possible price drop; MACD also points to the end of a phase of positive price action for the time being. 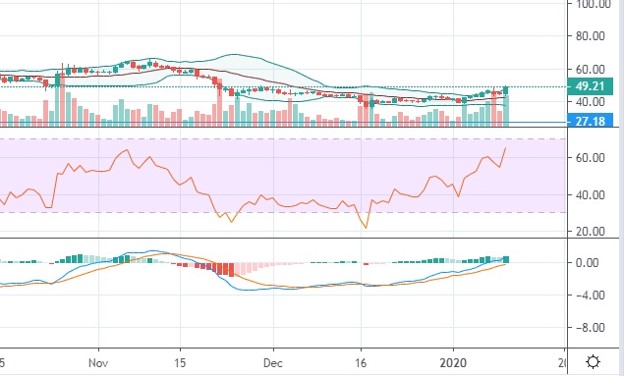 Nevertheless, the 10-to-50-day EMA’s are giving buy signals, echoed by the 9-day Hull Moving Average. All in all, it doesn’t appear that Litecoin is going to perform miracles in the coming days, but the overall sentiment towards this coin appears to be bullish.