Stellar (XLM) hasn’t been making many headlines lately, so the news-oriented retail traders were largely ignoring this altcoin being blinded by the shine of DeFi-related currencies. At the same time, XLM had made significant progress since the coronavirus crisis, when the price dropped to $0.0262, since it had broken out of the falling wedge formation, as depicted on the weekly chart below. 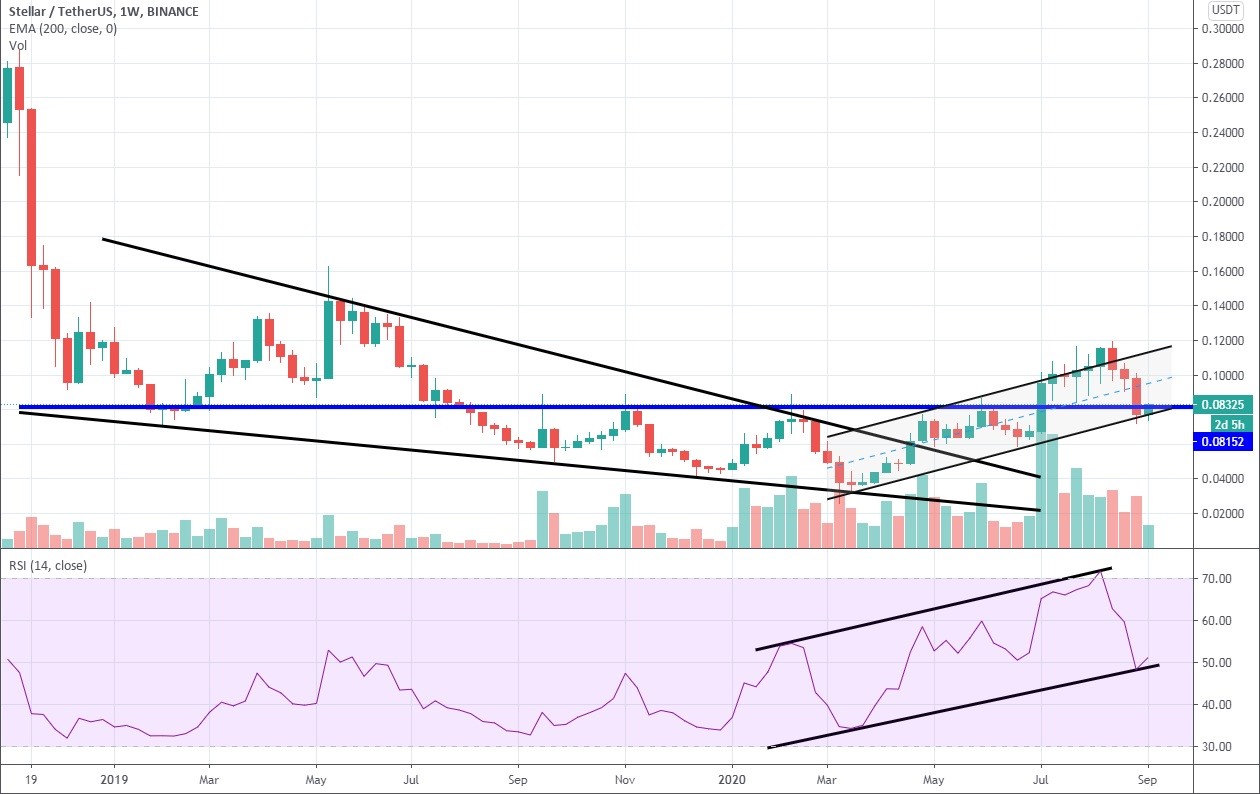 The bulls begin to press their agenda

Since the breakout and successful retest of support at $0.058, Stellar has been striving to the upside while staying within the boundaries of the ascending channel. You can also notice the presence of a magnetic area in that market, which was standing at $0.081 even since the last huge dump in the fall of 2018.

The first attempt to break away from that zone ended with a massive pullback that began in the middle of August as a part of natural retracement but then was accelerated by the infamous 20+% dump across the entire market that brought XLM back below $0.08. This course of events posed a threat to the fledgling uptrend structure, so the buyers decided to step in near the channel support at $0.72 and resist the pressure coming from the sellers.

The performance profile below reveals that the past seven days have been moderately fruitful for Stellar, whose gains on the macro level are rivaled only by that of Ethereum.

This leads us to believe that XLM might be among the first non-DeFi coins to see a noticeable recovery after a knockdown punch from the bears, given that the rest of the cryptocurrency market would also return to bullish ways.

The 14-period RSI on that time frame supports the bullish narrative as it also flows strictly in the rising channel with no divergences to be seen. The oscillator has bounced off the support at 48 while the price began to claw its way through the resistance at $0.081. The next two weeks will be decisive for Stellar: it would have to maintain its bullish stance amid the uncertainty across the cryptocurrency market.

The breakout attempt is even more evident on the daily time frame where the bulls had held their ground at $0.075 and pushed the price above the 200-period EMA and penetrated the resistance at $0.081. 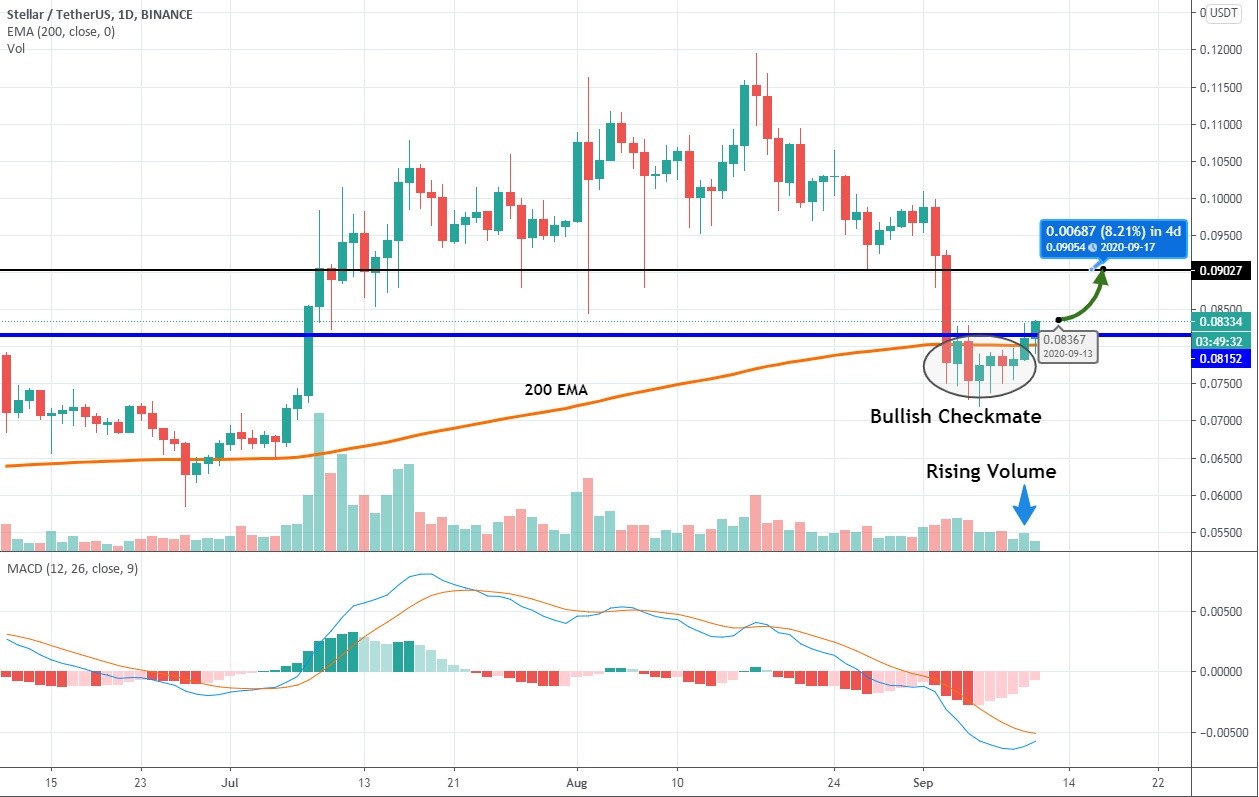 The move to the upside stemmed from the bullish checkmate pattern, which is now supported by the rising bullish volume, one of the main prerequisites for a successful breakout - as well as MACD that is clearly going for the bullish crossover in the oversold zone. Even if the expected bullish phase ends with the oscillator’s main MA getting rejected at the zero line, that push on the part of the buyers will get XLM out of the sticky situation, thus preserving traders’ faith in this altcoin.

We predict that Stellar will have little trouble beefing up by 10% in the next five to seven days in a move to $0.09 where it might come across moderate resistance. However, should the market sentiment remain fearful during that time, XLM is likely to start ranging between $0.09 and $0.081 until the situation becomes clearer.