After nearly a month of continuous downhill sliding, Stellar (XLM) has made a predictable bounce off the multi-week support and made a notable dash to the upside. Over the past week, the USD value of XLM has risen by 14,9%, while the stagnating Bitcoin (BTC) was outperformed by 12%. It appears that Stellar has caught a strong bullish momentum that could even translate into the new local highs.

Will the resistance stand?

Let’s start our XML price analysis with a look at the weekly chart to get a better insight into the overall context of this market. Here we see that Stellar has been pinned down by the multi-month resistance at $0.082 that has proven to be a very distinctive magnet area for the price of XLM throughout the past 18 months. The fact that it now converges with the 200-period EMA only makes the task of penetrating it that much tougher. 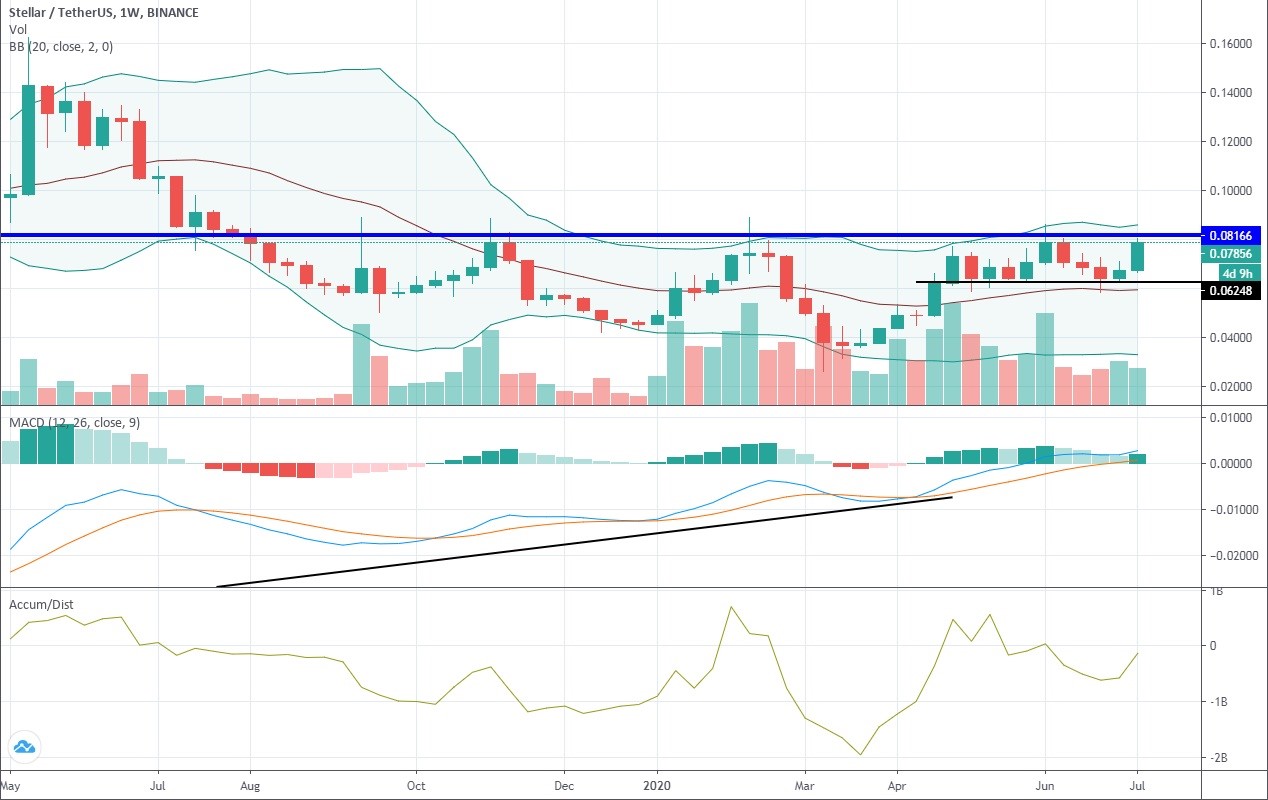 Traders who are interested in taking a position in this market should consider doing so now while there is still time left for a swift long play with entry at $0.078 and exit at $0.0808 - $0.0081.

However, the fact that XML managed to entrench above the middle line for the first time since April means that the market participants found consensus at $0.062, and the bulls are likely to attack this stronghold from the higher ground now.

The daily chart shows that Stellar is currently in the process of making its customary 30% run to the upside, accompanied by the most distinctive and consistent increase of bullish volume since XML got trapped into the designated range. 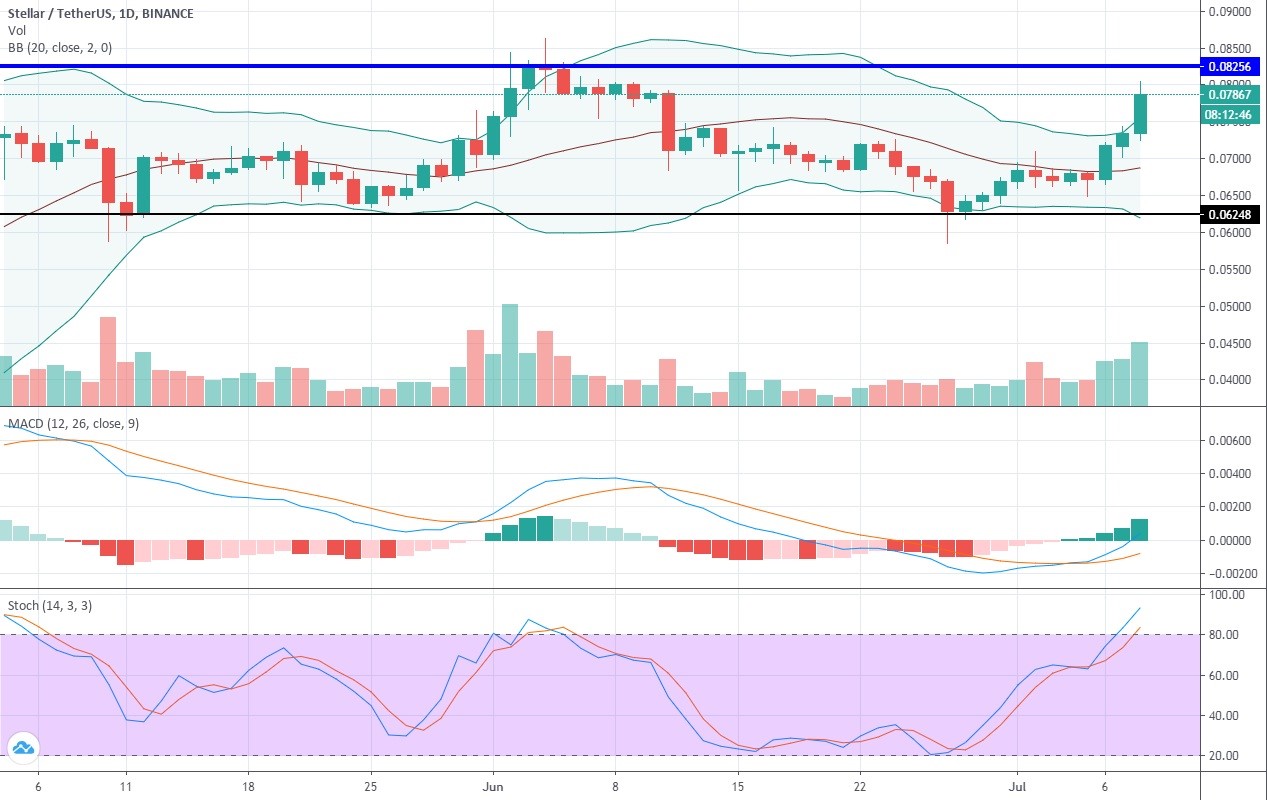 Stochastic has been incredibly bullish on this time frame, having gone from being close to oversold to entering the overbought area in just twelve days. However, the fact that the indicator is already overbought while the price is yet to reach the resistance could mean that a large part of market participants might offload the coin near $0.082, being led by Stochastic showings. MACD is also noticeably bullish on this time frame, and it has displayed the proclivity to take long slides upon making the bullish crossover in the bearish zone.

To summarize, the consolidation above the middle line of Bollinger Bands on the weekly time frame hints at the potential breach of $0.08 that could start a minor uptrend. The failure to overpower the sellers will result in a drop to $0.05.