We have already emphasized in our previous XRP price prediction articles that it is one of the most disappointingly performing altcoins, and we stand by that statement. Compared to the lower-ranked altcoins, Ripple has been performing quite poorly on the yearly time frame, as its USD value still remains 21.6% in the negative, while its former neighbor Ethereum has outrun XRP by as much as 50.5% during the past twelve months. 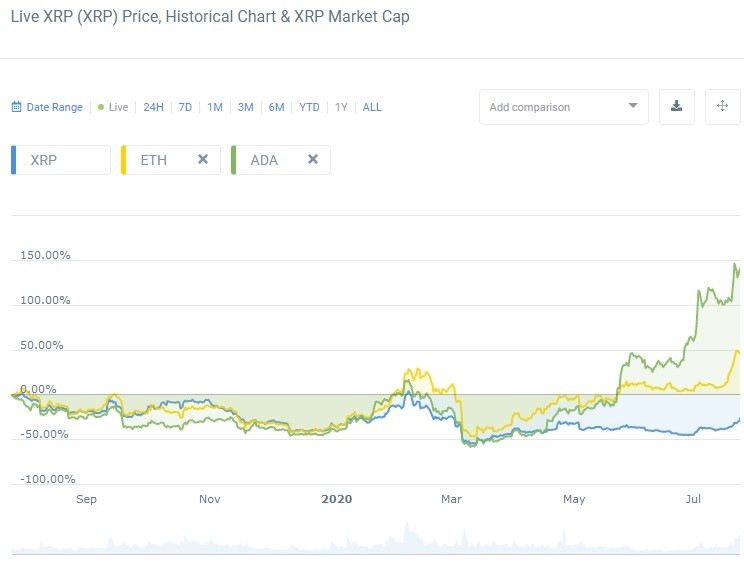 We have extensively explained why both retail and institutional investors are reluctant to devote their money to the battered cryptocurrency that keeps losing position in global ranks. Until Ripple Labs deal with the lawsuit and stop the suspicious practice of dumping large chunks of XRP to the market, the overall attitude towards their brainchild will remain skeptical.

A genuine uptrend or yet another fluke?

But as they say, even a blind squirrel finds a nut once in a while, as Ripple made an impressive $38.1% bull run in the pair with USDT, while Bitcoin was outperformed by 13.2%. This was XRP’s biggest upside impulse since the infamous altseason at the beginning of the year, which preceded the coronavirus crash. The bullish charge was powerful enough to crush the long-standing resistance at $0.225 and turn up in the close proximity to an ultra-important macro resistance at $0.255. 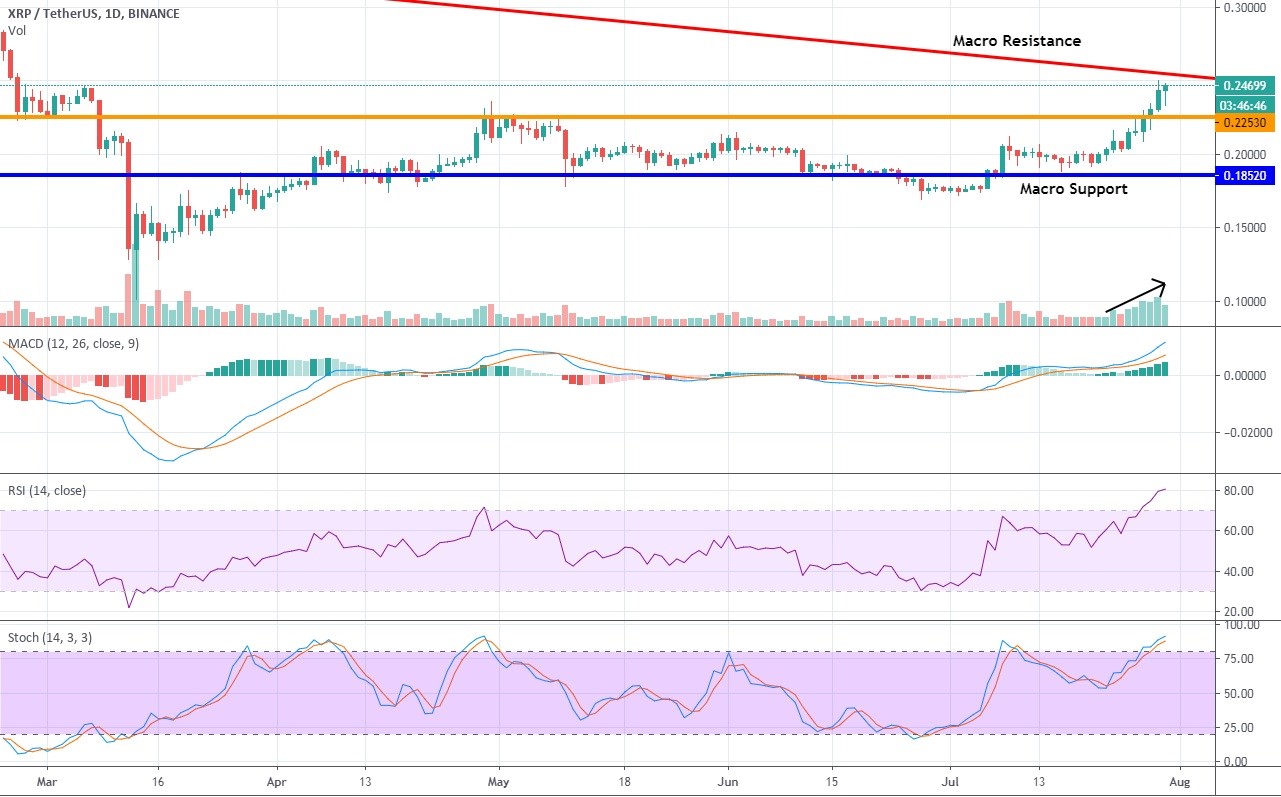 But Ripple devotees must take the news about altcoin’s recent achievements with a grain of salt because when compared to other participants of the booming cryptocurrency market - in fact, Bitcoin hasn’t been rallying in such sync with altcoins since the time when the bubble of 2017 began to inflate - Ripple has been severely lagging in terms of bullish dynamics.

Going above $0.225 only got XRP back to the pre-crisis level that falls perfectly into the overall picture of a lingering downtrend, the only escape from which would be to penetrate the macro resistance at $0.255 and entrench above that level, thus providing a bit more than subtle signs of probable downtrend reversal.

But in case the bears decide to force Ripple to stay in their realm, the level at $0.25 would become just the next lower high, which would lead to the price being dragged back to the magnetic point at $0.182. Should that happen on the background of the ongoing market revival, XRP risks falling further down the ranks and discouraging investors and traders.

Nevertheless, it appears that presently, Ripple is set to break the resistance, judging from a considerable upside gap between the current and the previous bullish candles. Given that buyers appear to be persistent at pushing the price up - as the large lower wick shows - XRP is indeed gearing up to test the macro resistance and possibly breaching it since the trading volume has been rising for the past five days. However, all key indicators demonstrate that the rally could soon be running its course.

We predict that XRP will keep abreast of the general trend and conquer the resistance at $0.255 and travel above $0.26, but then the price growth will be put to a halt.