After creating the double top formation on the weekly chart, Ripple (XRP) has predictably fallen to the long-standing support level at $0.23 and touched $0.22 on one occasion but was quick to recover. 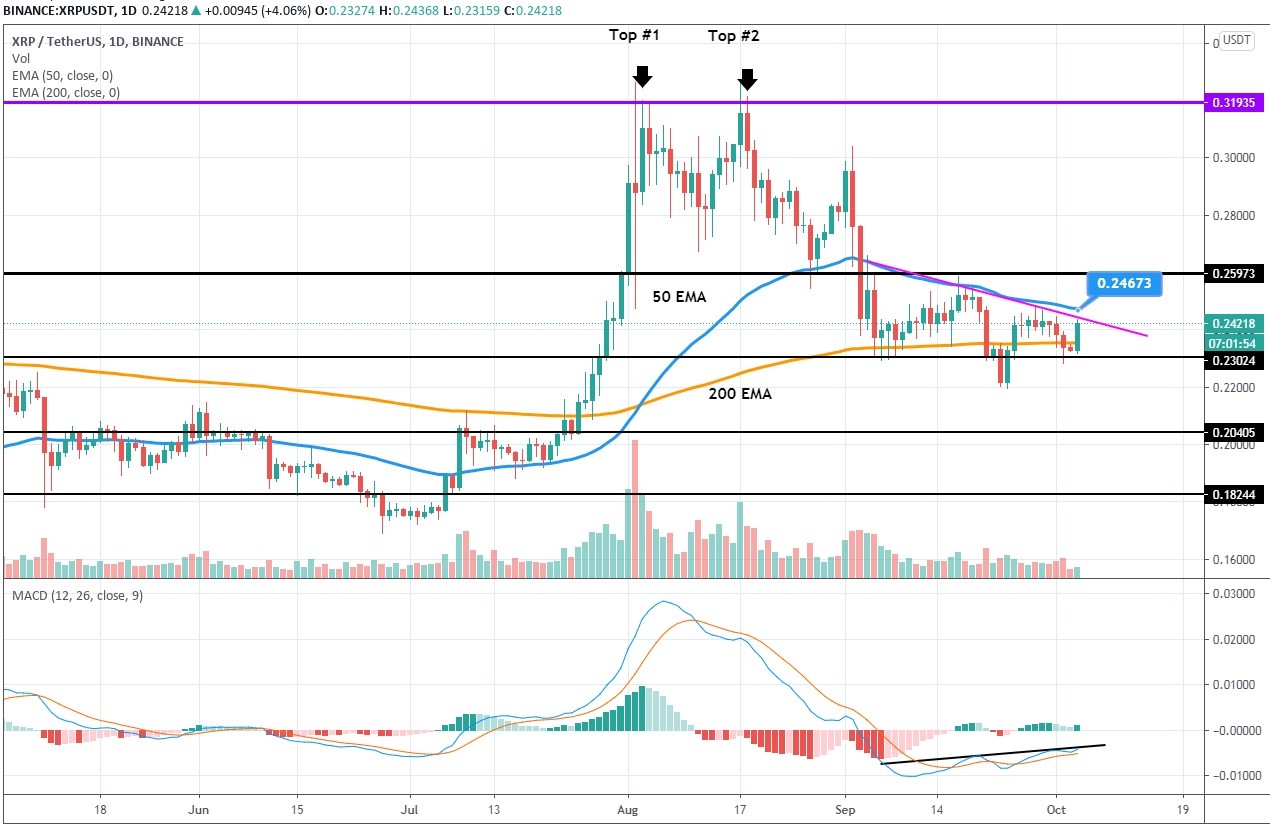 Due to the September selloff across the cryptocurrency market, XRP lost 24.4% of its value in 48 days and locked itself in the range between $0.23 and $0.25 that is likely to last for a while.

A further price drop is looming

The Ripple’s performance profile continues to be weak for a top-rated cryptocurrency as its yearly gains against USD has dropped to -3.35%, while Bitcoin and Ethereum left it behind by 25% and 51%, respectively. XRP’s currency value stands at $0.24, achieved on the back of the 2.82% price increase. At the same time, the altcoin’s market capitalization didn’t experience any significant reduction, having only gone down from $11,2 billion to $10,8 billion over the past five weeks. The average trading volume remained at the stable level of $1,1 billion since August 20, void of any significant fluctuations, which support the notion of XRP being in the range that is likely to last in the immediate future, unless the situation around the COVID-19 pandemic worsens, causing the landslide to the March price levels.

Besides, the price is now locked between the 50 EMA and the 200 EMA, a squeeze that had previously occurred a year ago and led to a massive drop from $0.37 to $0.17 - 53.4% in 160 days. Judging from the overall situation on the market, similar price behavior is to be expected from Ripple in the next two months. The first stage of this drop could be from $0.23 to $0.2, followed by another descent to $0.18.

However, the situation on the daily time frame isn’t entirely bearish since we have registered a clear bullish divergence on MACD, in addition to the price trying to break the descending triangle to the upside, though it’s usually considered to be the bearish formation. But it is evident that this strive to the upside isn’t supported by the large enough buying volume, which leads us to believe that XRP might be rejected at $0.246, the point of convergence between the 50 EMA and triangle resistance. Although if the price is to have a bullish impulse, it will take the price no higher than $0.278, a support level for the previous bull rally. Upon that, XRP will be pushed back to the 50 EMA or $0.24.

XRP might be starting a recovery in the BTC market

Looking at the XRP/BTC pair, we notice a couple of relatively strong bullish signals coming from the altcoin. 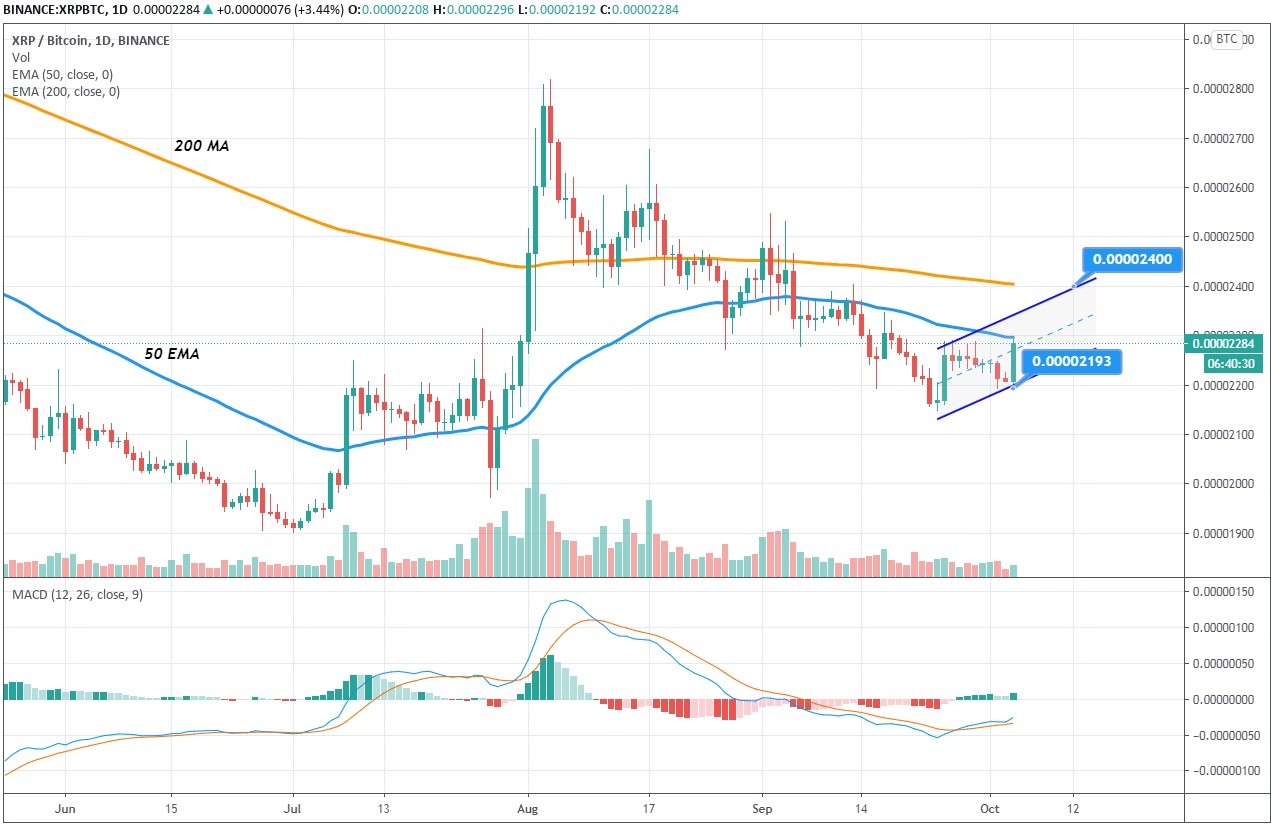 On September 25, Ripple had flashed a large bullish engulfing candle that almost compensated for all losses from the previous week. After a brief retracement to 2193 satoshis, the price went on to make another engulfing candle that tested the 50 EMA and, consequently, began to form an ascending channel. In this pair, we expect XRP to reach 2400 satoshis, as a part of the mini-rally, and get rejected near the 200 EMA.