This week is characterized by the resurgence of bullish activity throughout the whole cryptocurrency market, incentivized by the news about PayPal finally affording its users access to cryptocurrencies. It's been like a wake-up call for Bitcoin that has finally made a 12% dash to the upside and enjoyed the dominance boost.

The altcoins, including Ripple (XRP), have also had a tangible price appreciation, though, in the case of XRP, it was only 4.72% in the past week, and 8.46% on a monthly scale, which is not at all impressive, since the price action remained locked inside the range between $0.24 and $0.26, where it has been loitering for the past seven weeks after a huge drop in September from the support level at $0.278. 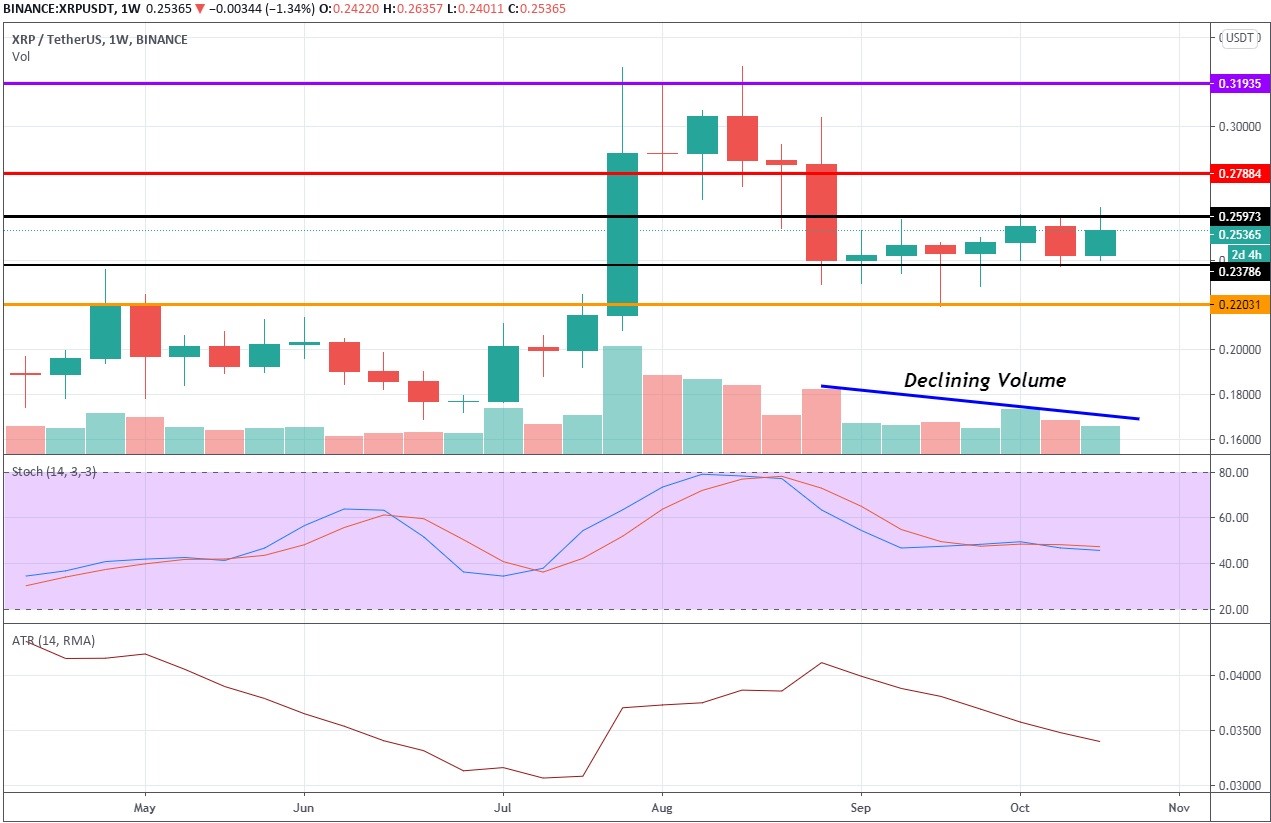 Nevertheless, XRP remains 31.45% in the green on the year-to-date scale, allowing it to retain the interest of retail traders, especially those who prefer to trade while the price is ranging. Ripple's market capitalization has been rising steadily throughout October from $10 billion to $11,48 billion, whereas the average trading volume has been remarkably stable, fluctuating slightly between $1,5 billion and $2,3 billion. But while this kind of stability might be suitable for holders of XRP, traders keep wondering whether the 4th cryptocurrency would ever be able to go past the seemingly unbreakable ceiling at $0.3.

Out of the range through an ascending channel?

The weekly chart tells us that the sellers are likely to further squeeze XRP into the designated range as the Average True Range (ATR) indicator is moving decisively to the downside (0.03) despite the recent stint of bullish action.

Stochastic is also flowing in the neutral zone between 40 and 60, confirming the notion about the range-bound movement within the next two to three weeks. Besides, we registered the steadily declining volume - another indication that the scope of price action will keep on shrinking.

Unfortunately, the market revival didn't have any significant effect on Ripple, which shows the weakness of buyers, so should sellers apply some additional pressure, a drop to $0.22 - 13.5% from the current price level - would be more than possible. 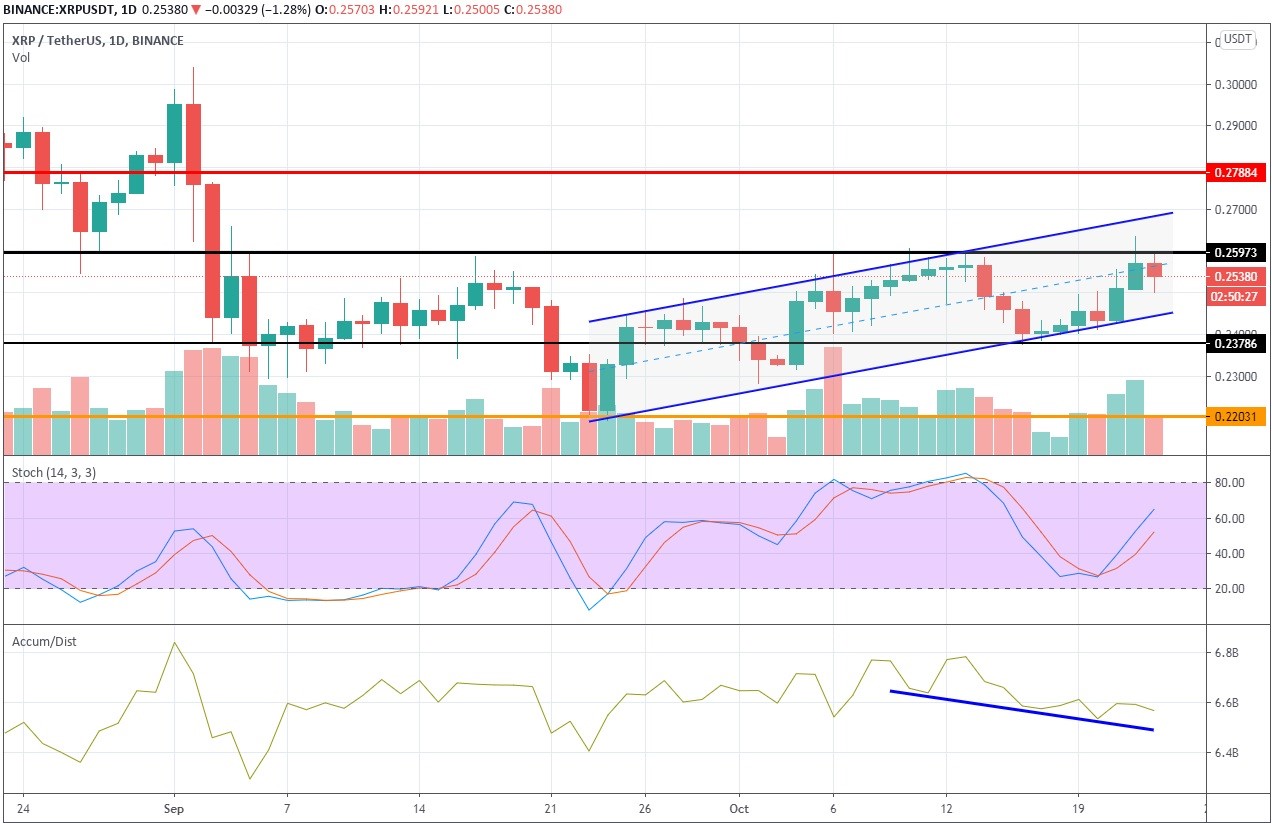 But on the daily time frame, the situation looks a bit more bullish as the price is moving within a neat ascending channel, respecting its boundaries. However, it has been rejected twice at $0.26 within the current cycle, and if XRP again fails to conquer that resistance level, it would remain in this range for weeks to come.

The indicators on this time frame are sending mixed signals as Stochastic appears to be very bullish, aiming for 80 and showing that the bullish momentum might still be strong. At the same time, the Accumulation/Distribution indicator is sticking to the neutral zone at 6.68 with some inclination to the downside, which comes to show the recent move north isn't supported by the adequate bullish volume. Moreover, there is a glaring bearish divergence, which substantiates our expectation that XRP won't be able to maintain the ascending channel and will drop back to $0.237 within the next ten days.