Last month, Ripple (XRP) had a rollercoaster ride of a price action, which, nevertheless, hasn’t left the confinements of the multi-week range that currently stands between $0.24 and $0.26. The previous XPR prediction ended with a statement that the price won’t be able to hold the support of the ascending channel and will see a pullback to $0.24, which it did after getting rejected at the level of horizontal resistance.

Upon the drop, XRP had consolidated in a tight 5% range that stood between $0.23 and $0.244, but then made a fast two-day sprint back to resistance. Now, the sellers are trying to apply the additional pressure to keep the adversaries from breaching the support to the upside. The situation is handing in the balance right now, with Ripple being priced at $0.259 on the back of the 5.5% gain in the past 24 hours. The breakage of resistance will open up the way to $0.28, whereas the failure to do so will knock the price down to the support or even lower.

We’ll start the XRP price analysis with the macro (weekly) time frame in order to determine the direction in which the market tide flows. It becomes obvious right away that the multi-month support at $0.3 remains impregnable despite all the buyers’ efforts. 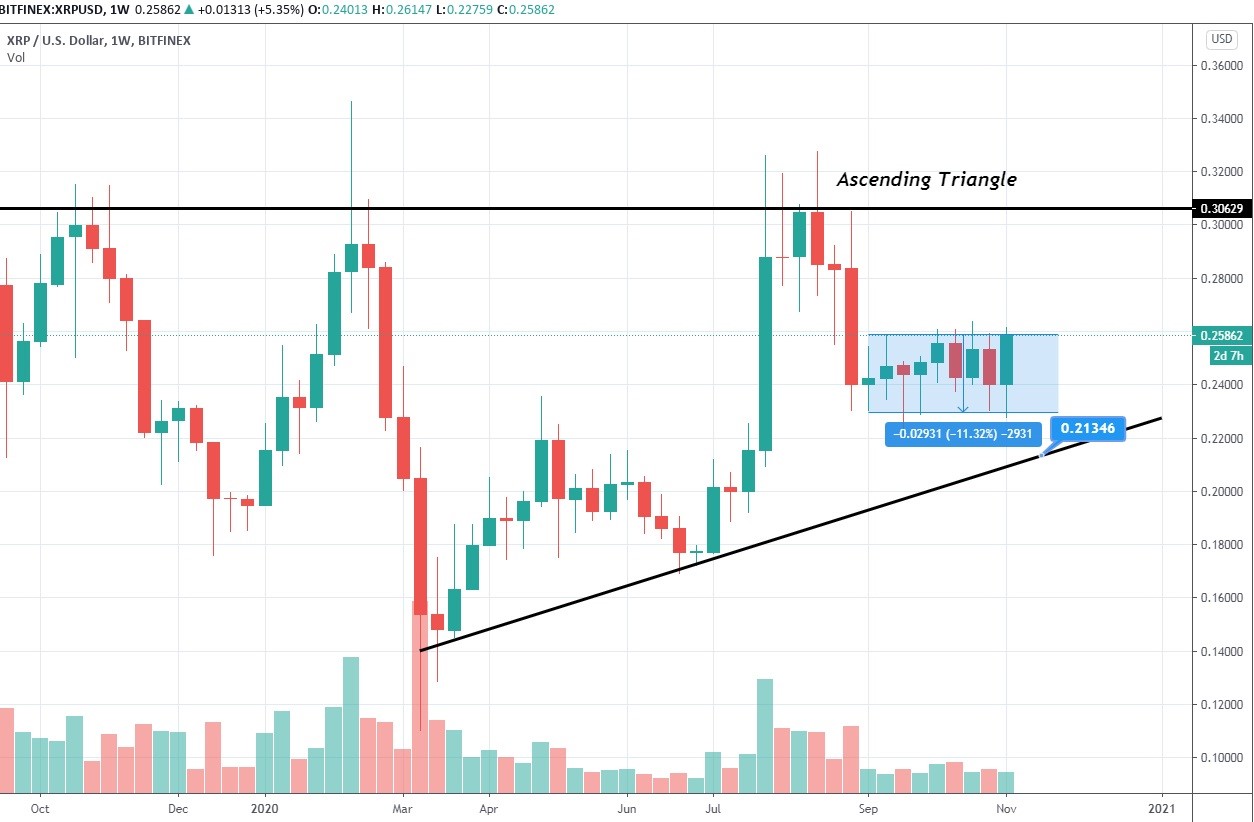 Here we also see a distinctive 11% range, with its support being at $0.229 - it has been holding fast for nine weeks. Given that it’s early October, the current weekly candle could end up engulfing all other ones within the range, thus providing a strong signal to buy Ripple.

However, Stochastic has broken the uptrend resistance to the downside and confirmed that the momentum is on the sellers’ side. Keep that in mind since we may see an equally violent pullback to the channel support if the bears prevail. 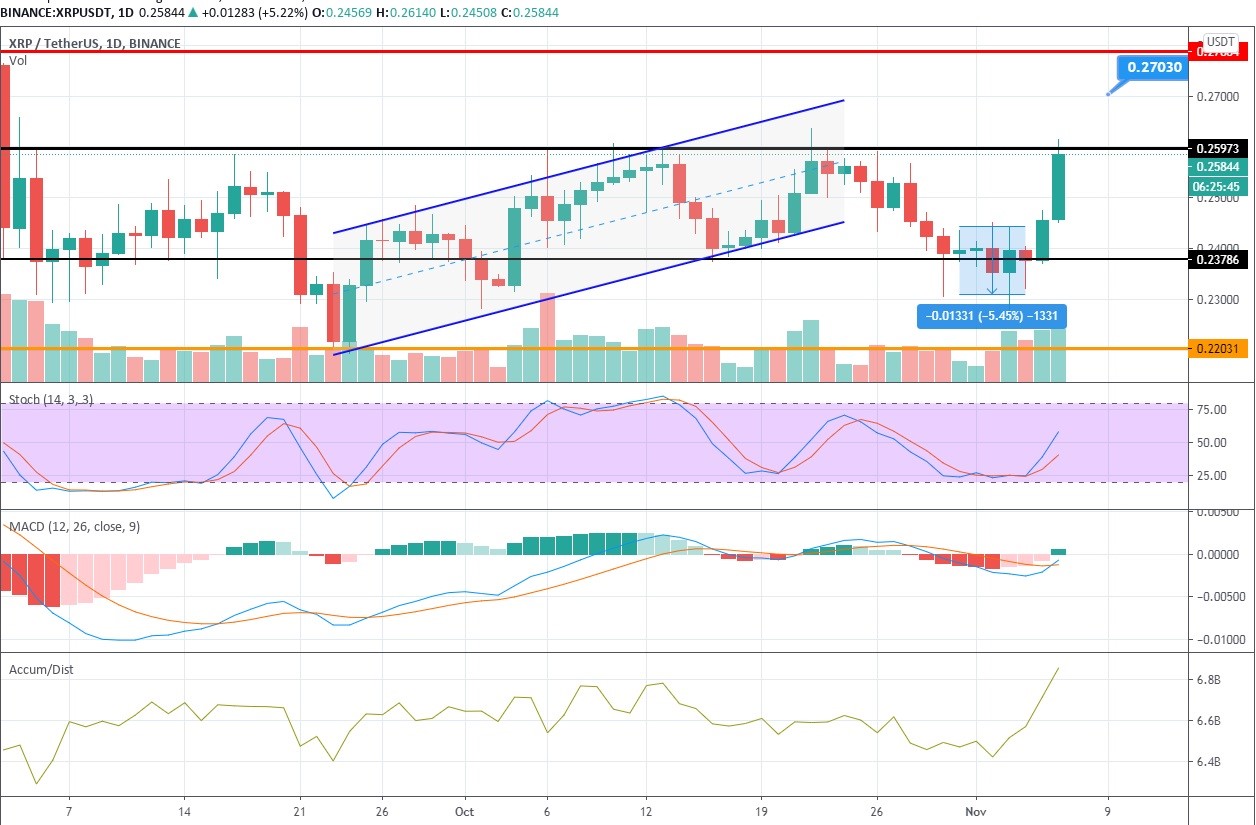 The daily chart shows more clearly the one-two punch to the upside that has been absorbed at $0.259. However, the indicators suggest that the strength is still on the side of the bulls.

All these factors point to the high probability of XRP breaking past the resistance over the next two weeks. If that happens, the price target should be set at $0.27. If the resistance stands, the pullback to the channel support at $0.237 will occur, probably even a drop to $0.22 since that would be XRP’s third top.