Neo (NEO) is one of those altcoins that have dealt reasonably well with the recent price dump since it has already made a bullish reversal, which is seen clearly on the price chart below. 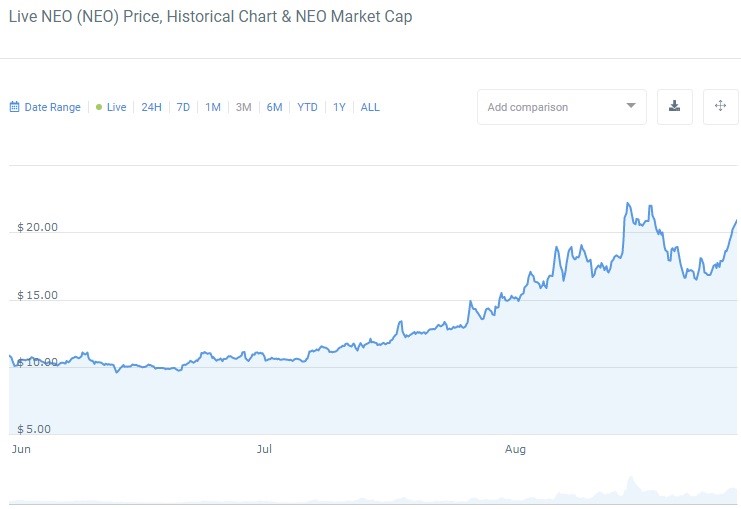 We saw that after a prolonged but not particularly sharp upswing that brought the price above $20, NEO survived the immense bearish pressure from the past ten days and appears to be in the midst of another upswing that promises the emergence of a new higher high in the next several days.

Investors and position traders should be satisfied with NEO’s performance throughout the past year as the 19th coin has put up triple-digit gains against USD and BTC, as well as obtained a slight edge over Ethereum.

Therefore, it is safe to say that Neo has been steadily developing a minor uptrend ever since the notorious coronavirus crash in March that is now entering a new phase as the price had broken out of the triangle pattern to the upside and established a higher high at $22.9.

Given how badly the overwhelming majority of cryptocurrencies reacted to the recent sell-off, it’s quite fascinating to see a show of great resilience coming from the coin that has little to do with the hot niche of decentralized finance. The weekly chart demonstrates that the buyers are eager to protect NEO’s uptrend since they managed to keep the support level at $16 intact, and also bought the recent dip so eagerly that we now see the engulfing bullish candle 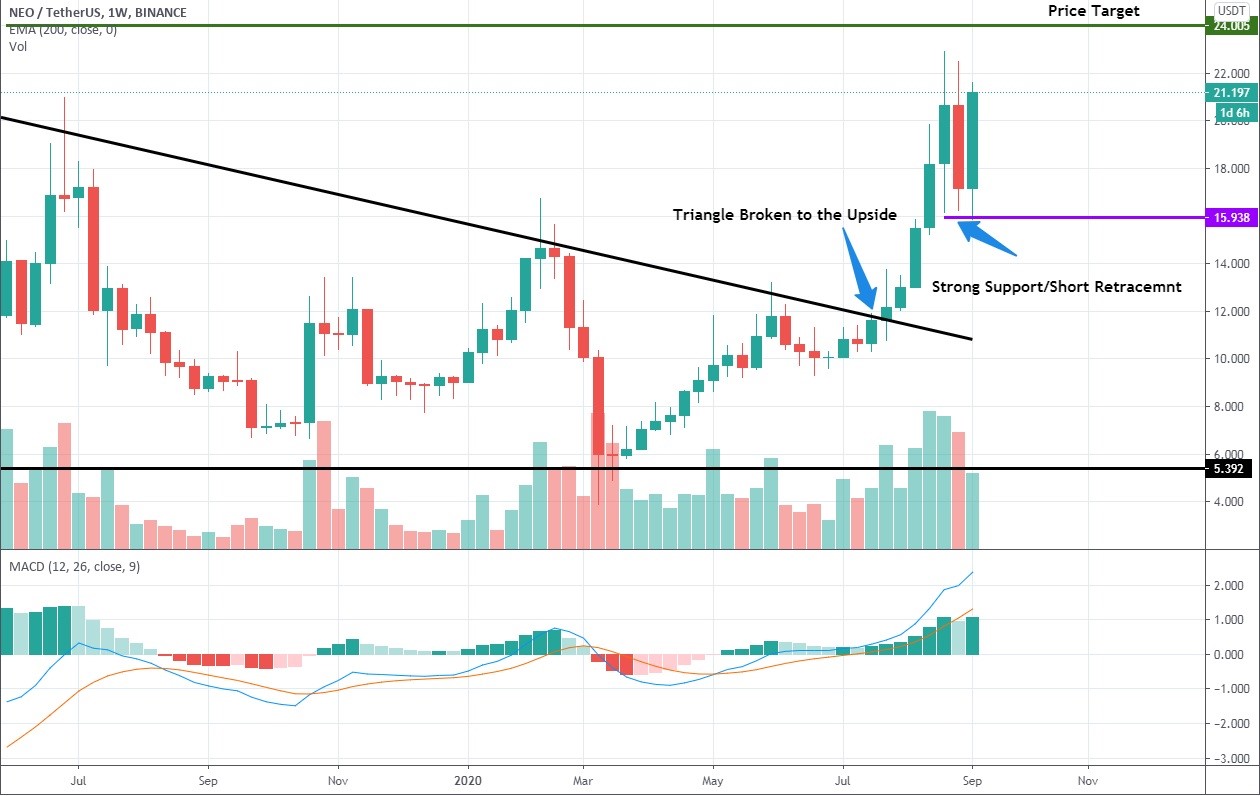 developing on the weekly chart, and it is highly likely to go above $21 - higher than the closing price from the past two weeks, which can be regarded as a bullish signal because the history of price action reveals that Neo often initiates a bull rally with a corresponding engulfing candle.

MACD points at the ongoing bullish momentum that is yet to reach the peak of the overbought area where the oscillator should get rejected, which would entail a more significant correction.

Here we expect NEO to hit the price target at $24 in the next two weeks that would require another 13% price appreciation, a task that is more than feasible for such a bullishly-charged coin.

The situation on the daily chart further confirms NEO’s dedication to the buying side of the market as it has arguably the most bullish-looking chart among its peers and higher-ranked cryptocurrencies. 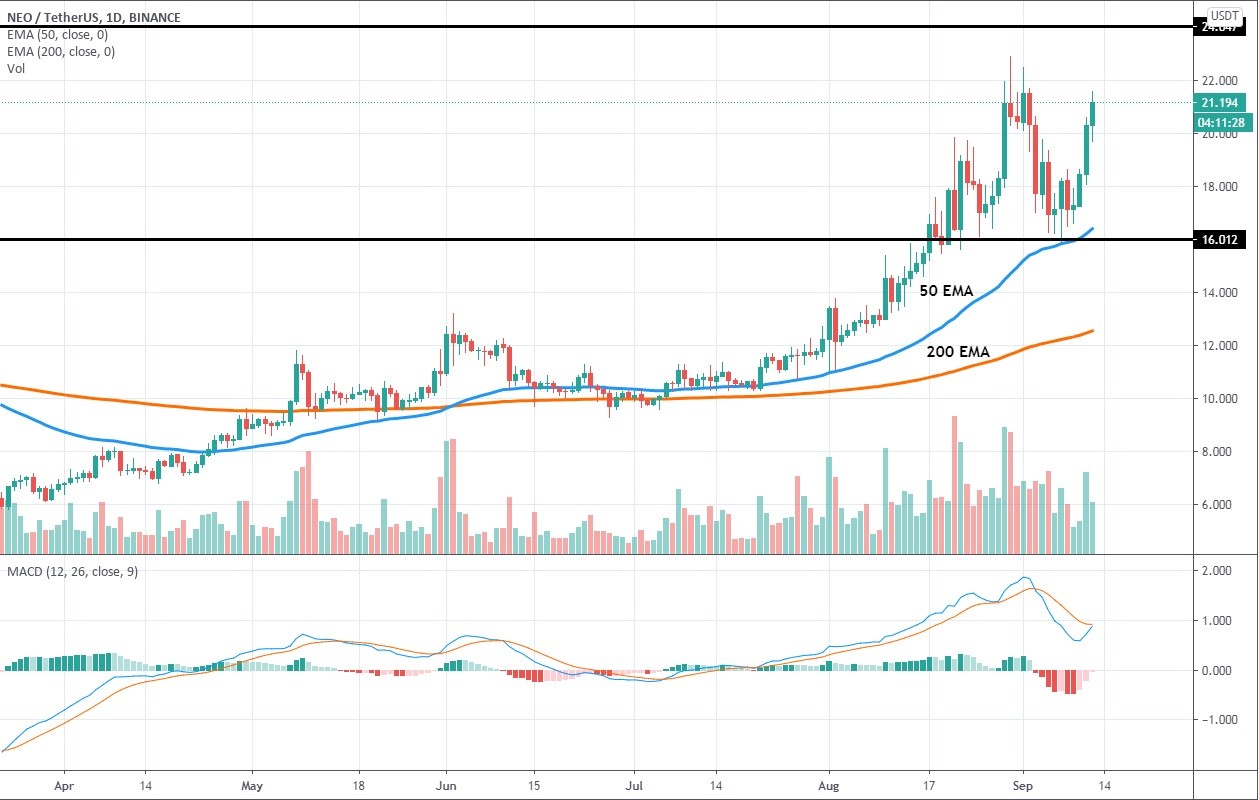 The reason for that being that the bulls managed not only to protect the overall uptrend structure but also to keep the price above both 50 and 200 EMA, thus reassuring those that monitor this market that NEO intends to push further south. That is the feature not seen among other coins that are still at the crossroads, even though the crypto market has been flashing green for the last couple of days

MACD is virtually an inch away from the bullish crossover that will add even more puff to the emerging bull rally, the initial stage of which is close to being finalized with the three white soldiers pattern that usually precedes an even stronger upside impulse. The price target here is also set at $24, although it might be better to employ the trailing stop-loss tactics in this situation.