While many retail traders had been focused on crazy gains showcased by various DeFi tokens, Neo (NEO) has been doing very well, having gained 160% in the past year against USD, 52.4% in the Bitcoin (BTC) market, and even outgunned the surging Ethereum (ETH) by 3.5%. 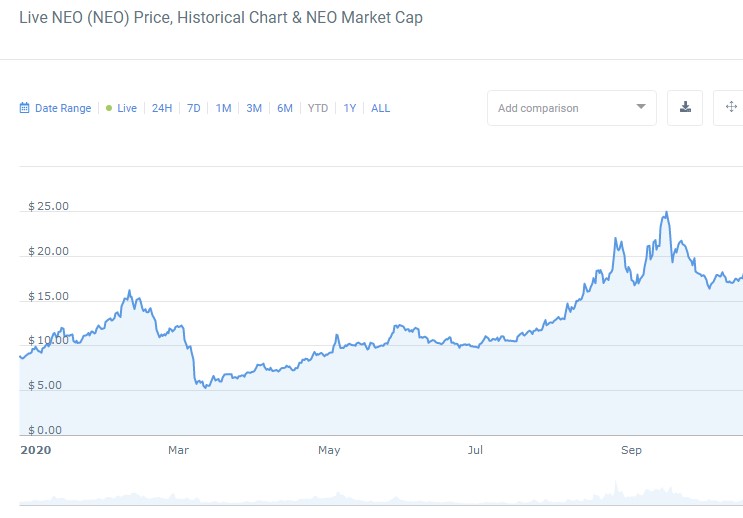 This was largely inspired by the newly emerged expectations around Neo3, the third version of Neo Foundation’s proprietary blockchain that’s supposed to introduce file storage as well as the digital/decentralized identity to the network. This year, the Chinese blockchain project has also incorporated the cross-chain interoperability solution in collaboration with Ontology, and also participated in the creation of Flamingo Finance together with Binance, consequently dipping its toes in the DeFi waters, which is obviously one of the reasons behind its positive performance in the marketplace.

As of this writing, NEO is priced at $18,39, having gained 2% in the past 24 hours and 8.16% over the last week, though it has dropped by 12.8% against USD and as many as 30.1% in comparison to BTC in the past month, but that should be blamed on the retracement that followed the bull rally, and Bitcoin’s resurgence on the back of the news about PayPal inclusion.

The continuation pattern starts to play out

The weekly chart demonstrates that NEO is currently finalizing the first major retracement of the minor uptrend that stems from this year’s low at $3.79 that had been hit during the market collapse in March. 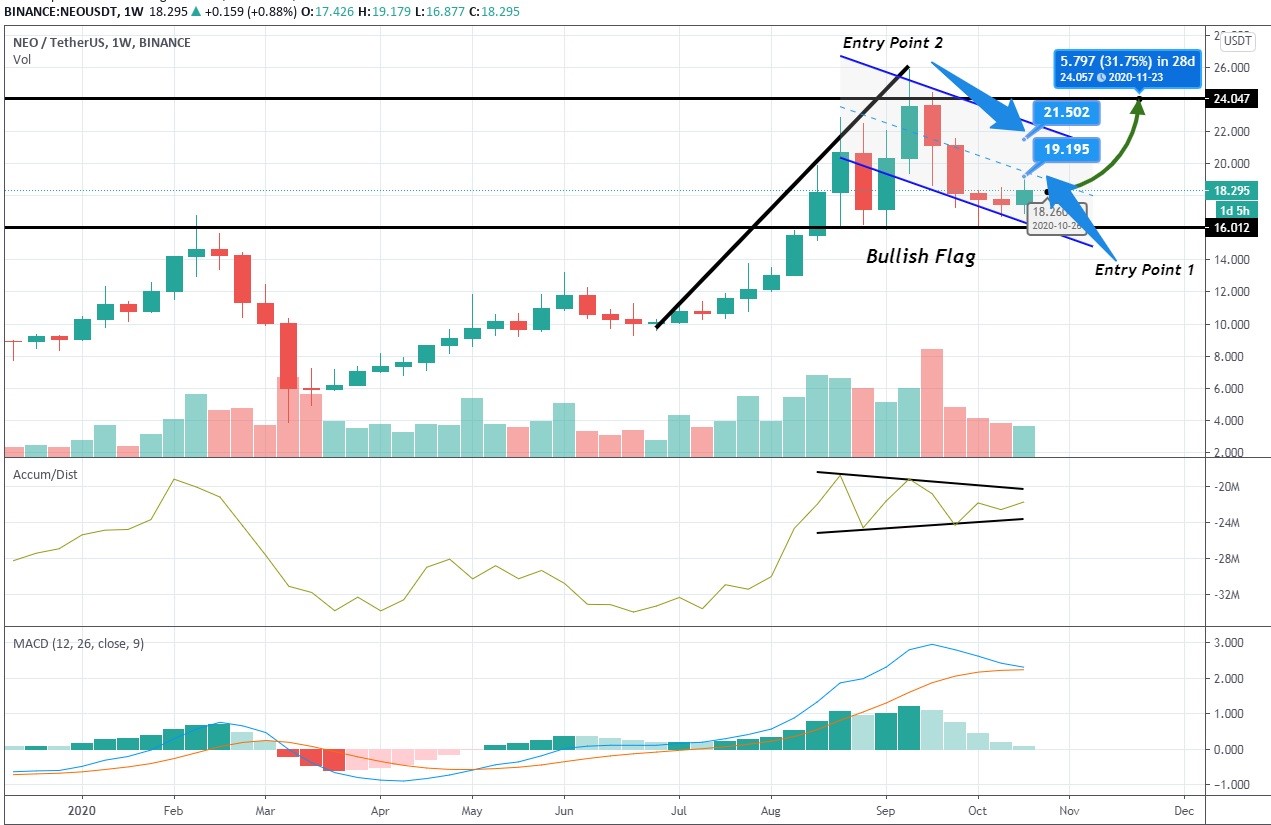 Neo had briefly peaked at $26, upon which the retracement kicked in and took the price all the way to $16 in a series of two large dumps that went throughout the entire cryptocurrency market. Nevertheless, the buyers have defended the support at $16 really efficiently - this level had also been tested multiple times during the initial breakout, which further proves its fortitude.

At the close of this week, NEO is traded above the open of the first candle that began the consolidation, thus increasing the likelihood of forming the bullish engulfing pattern that usually opens up the rally, which, in its turn, should resolve the bullish flag formation to the upside and continue the uptrend, unless the sellers apply an insurmountable pressure at $24, thus forcing the price action into the double top reversal pattern.

There is also a possibility of NEO going into consolidation between $16 and $20, but that would be determined by the behavior of MACD that has its moving averages now closing either for a bearish crossover or the rejection. But given the reigning bullish sentiment throughout the market, the indicator is likely to go for the rejection and the resumption of movement to high extremities.  The Accumulation/Distribution indicator is now approaching the apex of the symmetrical triangle, the resolution of which to the upside will confirm NEO’s bullish intentions.

Our NEO price prediction is that the 20th altcoin will gain at least 32% in the next 30 days as a part of the resolution of the bull flag, and then take out the resistance at $24. The good entry point for a long play would be at $19.1 - supposed close of engulfing candle, or more conservative at $21.5 - the breaking point of previous resistance.