There is a number of cryptocurrencies that have already made it past the point of total recovery after the flash-crash in the middle of March, but we, along with many other crypto experts, concur that such rapid growth is largely unsubstantiated and based on a pure agiotage around the approaching Bitcoin halving.

Therefore, we expect that after May 13, the coins that are now driving up like the F1 racing car will fall off the cliff, while those that are moving steadily, like NEO, will maintain the balance and will likely to experience only a mild correction after the halving-instigated frenzy has passed, although NEO will have its booming phase soon.

One more barrier before a sharp price increase

Before getting down to the price analysis, allow us to note that fundamentally NEO is one of the wholesome altcoins from the top 50 as it is rated A in the global health ranking table, with the overall score of 795, which has been increasing rapidly since April. In addition, it has a favorable future outlook with the stability score of BB. Despite the fact that price-wise, NEO is not very far from the lowest low, recorded at $0.07 in October 2016, the coin still retains the all-time ROI of nearly 5000% - the fact that proves its durability in the face major disasters, like the one that happened several weeks ago. 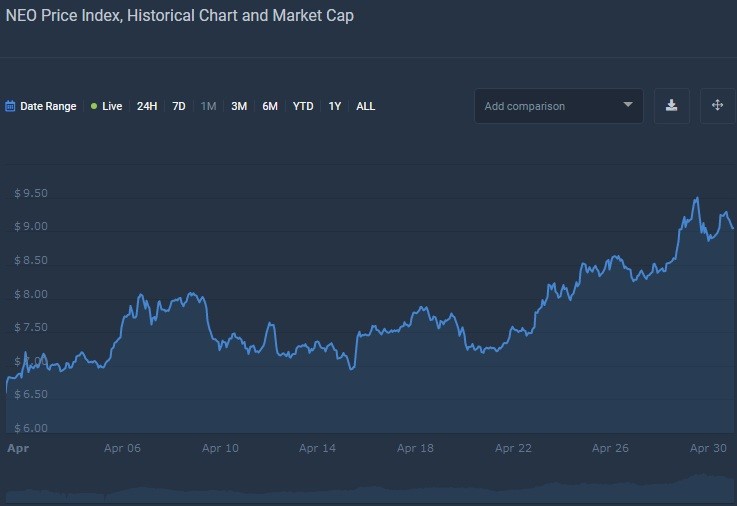 NEO’s price action from the past month

The last month, however, was quite fruitful for NEO as it enjoyed the value appreciation of 37.6%, with 11.2% of it occurring during last week, which showcases the rhythmicality of its recovery, also captured in the ascending channel, depicted on the daily chart below. 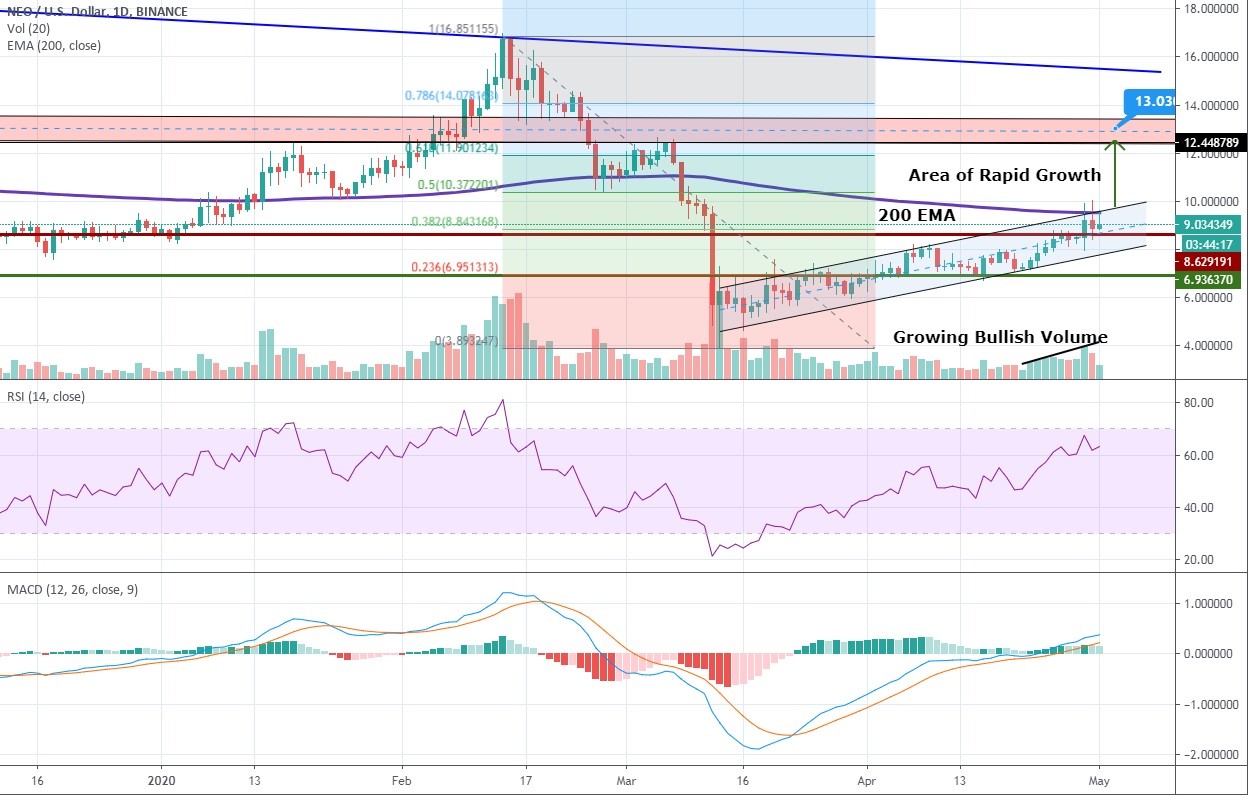 While the overwhelming majority of cryptocurrencies usually behave erratically near the important zones, NEO has been moving through those on its path slowly yet adamantly, taking its time to test the levels and then penetrate through.

That is exactly what happened in the proximity to the first post-crash resistance level at $6.9, although the price had been somewhat reluctant to go past $8.6, though it could be explained by the convergence with the 0.382 retracement level on Fibonacci. But ultimately, the coin has achieved this objective with the support of the elevating bullish volume and the overall boost across the entire market.

In doing so, NEO has begun to interact with the 200-period exponential moving average, which now serves as a final obstacle on the way towards $13.

The reason why we believe that NEO will experience an upsurge once it gets past the 200 EMA constitutes in the absence of any major resistance levels in the area between $10 and $12,4, with the exception of the 0.618 level on Fibonacci. Leaving the 200 EMA won’t be that easy, because it also converges with 0.5 on Fib, but, nevertheless, feasible. According to MACD, the bulls have already seized the initiative since both its lines are already above zero, though they need to draw further apart to confirm that the buyers are in the driving seat. The 14-period RSI has also been very bullish lately while remaining below 70, so NEO is not overbought yet.

To summarize, traders must wait patiently for NEO to climb above the 200 EMA and go past the traders’ remorse. The completion of that move will serve as a strong buy signal.