Bitcoin Cash has been flashing a lot in the news lately, mostly because of a controversial proposal made by Roger Ver, and some other people who are closely related to BCH, such as Jihan Wu, regarding the introduction of the so-called 12.5% mining tax. The funds derived from the fee would be allocated for the further development of blockchain infrastructure. It would also be interesting to know that the crypto personalities who came forward with such a debate-inducing proposition control large mining pools, which produce around 27% of BCH’s total hashrate. They even resorted to threatening to “orphan” miners’ blocks, which is technically similar to the 51% attack. These developments could result in a tense relationship between miners and pool owners, or even an all-out war that would certainly reflect poorly on the price of Bitcoin Cash.

In fact, it already did put a break of a powerful price growth that BCH had been showing since the beginning of January. Over the last 30 days, the coin gained 86%, but during the previous week, when the talk of taxation began to emerge, the currency had barely made 10%. There have also been other worrying signs about the possible interruption of a sprightly upside rally, the first of which lasted for 11 days. 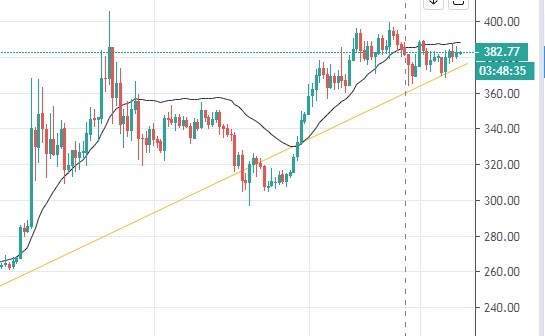 This 4-hour chart shows Bitcoin Cash breaking the structure of the nascent uptrend by retracing way beyond the supposed lower high, incentivized, as it always happens, by the triggered stop-losses which traders had reluctantly placed too close to the line of support. Moreover, by doing that, the price had gone below the 50-period moving average, which usually points at the underlying sentiment shift within the market. Some might argue that the coin has successfully recovered from the news-based downturn, but since the taxation story didn’t end there, one shouldn’t discard the similar, or even deeper price drops in the future, which could also cancel the uptrend all together.

The fact that Bitcoin Cash took a serious hit, after which it had barely made it back above MA and the resistance-turned-support line before dropping below the moving average again. During that period of time, BCH has stopped $2 short of testing the crucial resistance level at 400, and now it’s swimming up and down between the 1 and the 0.618 Fibonacci retracement levels, seemingly not being able to decide which way to go. 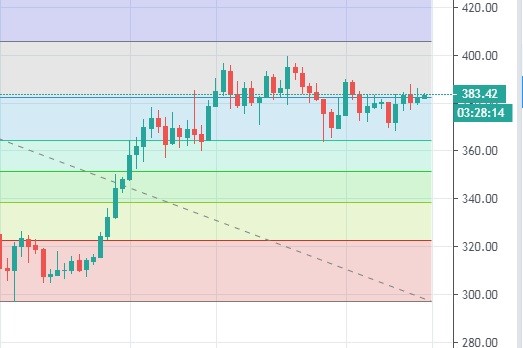 It’s most likely that the coin would keep moving back and forth for up to a week before finally deciding which way to proceed. The RSI is currently below 60, thus neutral and supporting the notion of a further indecisiveness. But the longer Bitcoin Cash stays below the 50-period MA, the higher are the chances of rally cancellation.

The same hesitancy against Bitcoin

The situation on the BCH/BTC market is almost mimicking the one that’s unfolding on the USDT one. 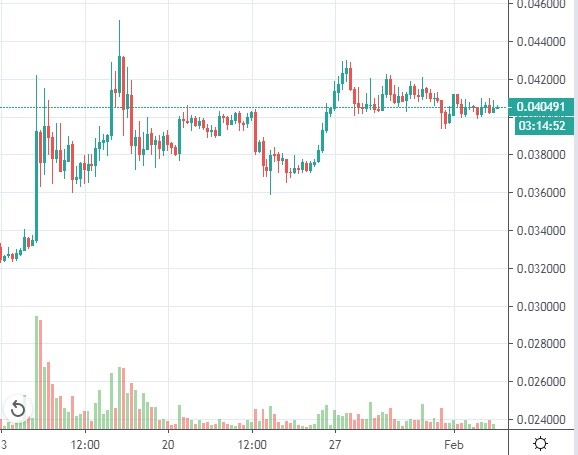 Bitcoin’s fork had initiated the rally with two strong impulses, which then died down and dragged the price below the previous lower high, to the level of 3,6 mil satoshis, only to bounce back above 4,3 mils sats and start consolidating at 4 mil satoshis. Therefore, both markets show obvious signs of indecisiveness, so entering any mid-term trade would be a bit risky. Bitcoin Cash should show its intentions in a couple of weeks, but before that, keep your eyes on the charts.

In 2019, cryptocurrencies can be called the most popular financial instrument. High volatility of tokens creates a good potential for obtaining...

Bytom (BTM) is not the kind of cryptocurrency that often appears in the news feed or even on traders’ radars for that matter. The reason being that BTM is placed outside...

Even though Basic Attention Token wasn’t among the most significant profit-makers of the current bullish rally, the 29th cryptocurrency still approached...

An average trader rarely checks the coins that are below the Coinmarketcap’s top 50 or even 30. However, those who do are rewarded with the opportunity...

Those traders who tend to estimate the genuine value and the prospectiveness of a coin not only by its historical price action and news but also by virtue...

The cryptocurrency market is booming right now - over the past seven days, around 70% of all cryptocurrencies have shown gains, most of which were double figures...

The old-timer NANO - the coin that was launched way back in 2015 - might not appear too often in the portfolios of traders who pay attention only to the mainstream...

Even though Holo (HOT) doesn’t sit high in the global rankings - it is currently located just below the top 50 on Coinmarketcap - the project behind it called Holochain...

EOS is, without a doubt, one of the best performing cryptocurrencies and one of the most popular among traders. In 2019, it had put up 90% gains and...