While the entire crypto community is preoccupied with trying to predict the fate of Bitcoin after the halving - whether it would initiate another long-lasting bull market or simply flop after a brief period of all-encompassing hype - the fork of the first cryptocurrency has already had its halving event which took place on April 8, after the mining pool AntPool generated the 630,000th block in the network. Similarly to Bitcoin’s reward scheme, the block reward for Bitcoin Cash miners was reduced from 12.5 BCH to 6.25 BCH.

Bitcoin Cash’s halving was a flop

While the majority of market participants are still placing great hopes on Bitcoin and its ability to spearhead the bull rally upon the halving, Bitcoin Cash has shown nothing but disappointing results after such a significant event. 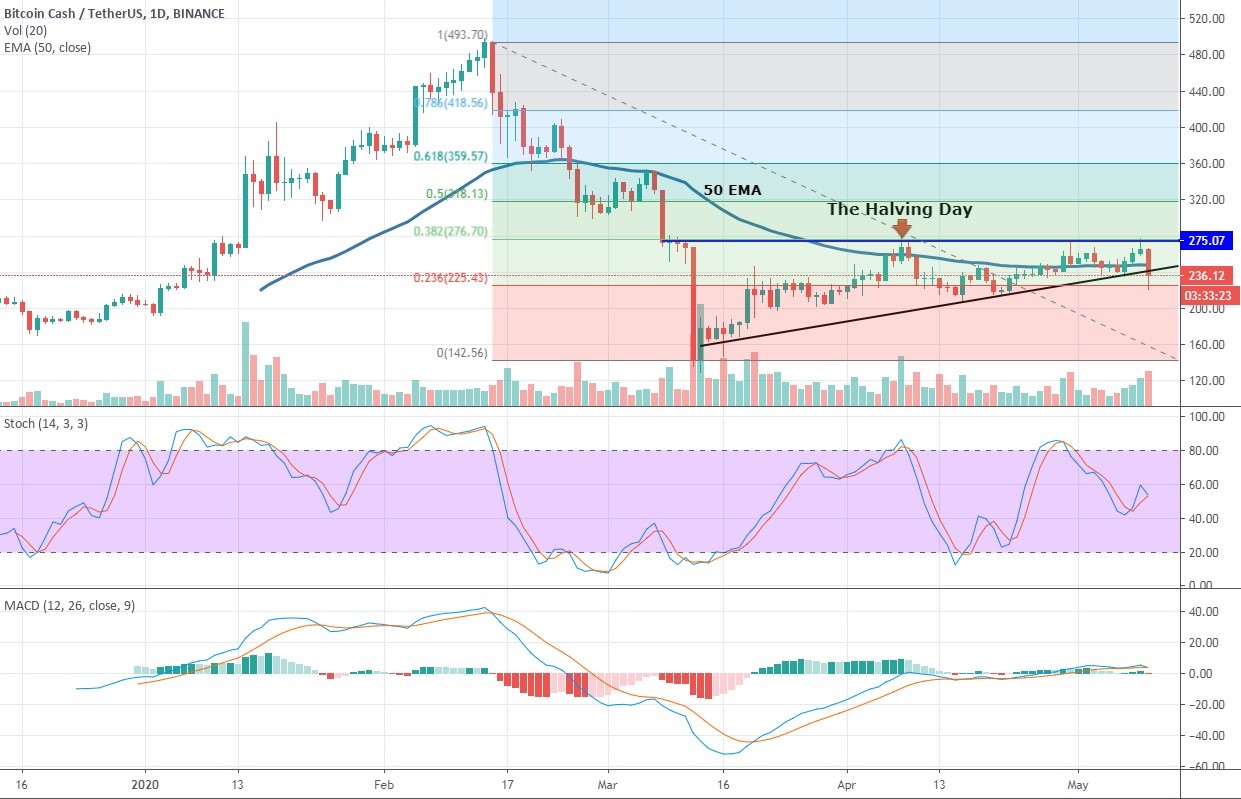 Not sure if many traders expected the price of Bitcoin Cash to explode after April 8, but traditionally, a significant price growth either precedes or occurs after the halving. In that case, traders saw a measly 20% increase over the course of two weeks and an equally deep drop in the following days.

Right now, BCH appears to be in the mode of an absolute stagnation, not being able to breach the resistance at $275 and achieve a complete recovery from the aftermath of the Coronavirus Crash, thus still remaining in the bearish zone, whereas all other top-rated cryptocurrencies have successfully achieved this objective.

There could be a number of reasons for this disappointing performance, with one of primary being the confirmed exodus of BCH miners who switched to Bitcoin, mainly because the current mining difficulty of Bitcoin Cash is inadequate to its price. This sudden shift resulted in the 83% drop of block speed along with the hashrate from 3.5 EH/S to 1.3 EH/s. 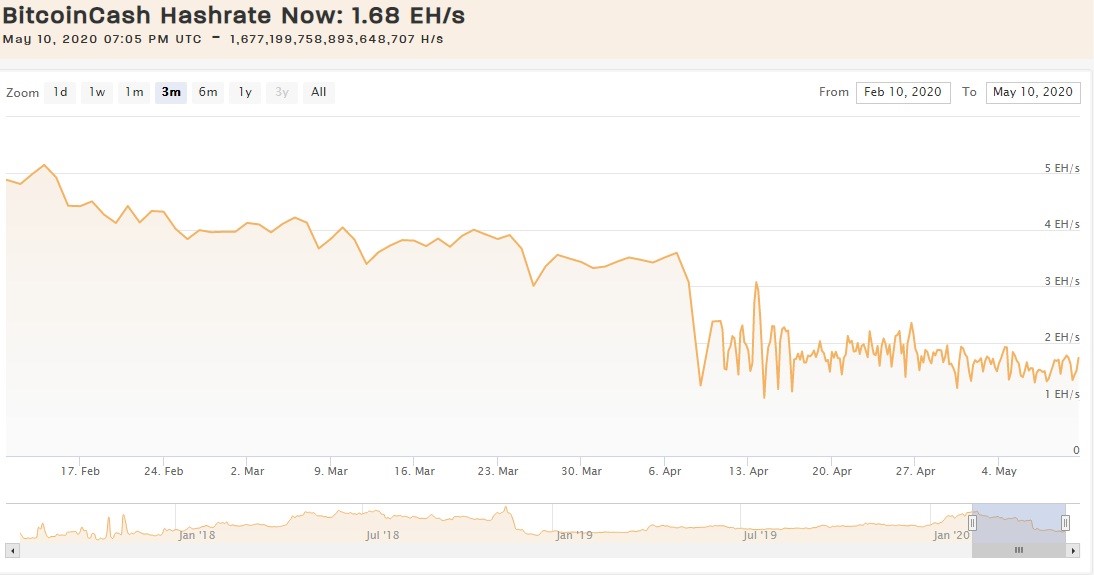 Moreover, such a substantial collapse of hashrate has dramatically reduced the cost of the notorious 51% attack, which now constitutes around $9000 per hour, thus leaving the Bitcoin Cash network vulnerable.

Going back to the price chart, the price level at $275 has proven to be crucial for Bitcoin Cash because this particular resistance line forms a convergence with the 0.382 Fibonacci retracement level which is also one of the reasons behind coin’s inability to go past this barrier despite the incentives provided by its own and the parent coin’s halvings.

To add salt to injury, BCH has just broken out of the ascending wedge to the downside and tested the 0.236 level on Fibo. Needless to say that it is actually a very bad sign for traders who went long on Bitcoin Cash prior to halving in anticipation of a bull rally. If the price falls below the wedge support and below the 50-period EMA, there would be nothing to stop it from descending all the way down to $160.

But if it does manage to hold the line, there would be a chance for an eventual breakout of the wedge to the upside, but only if Bitcoin initiates a strong bull rally after the halving since there is a relatively strong correlation between the price of these two currencies.

However, on the basis of showings of MACD and RSI, both of which are neutral with bearish inclinations, we conclude that Bitcoin Cash will either stagnate between 0.236 and 0.382 on Fibo, or take a dive to $160 in the next few weeks.