The year 2020 had cryptocurrency traders’ mood swinging from excitement in January, when the market had engaged in a bull rally, to total frustration during the flash crash in March in reaction to the COVID-19 pandemic, and then to exuberance in the middle of the fall when Bitcoin, and the rest of the cryptocurrency market, has exploded to the upside after PayPal and a host of institutional investors from the United States (MicroStrategy, Grayscale) began buying huge volumes of BTC. Over the past several weeks, the newsreel has been filled with stories of this or that coin breaking its respective all-time high, showcasing massive gains, and going on a price-discovery trip that brought about even more gains.

Unfortunately for those who hold Bitcoin Cash (BCH) in their portfolios, the altcoin that represents the fork of Bitcoin, has been nowhere near its forefather in terms of making sprints to the upside. A glance at the BTC/BCH comparison chart below is enough to understand the performance gap between the two cryptocurrencies that share the same code. 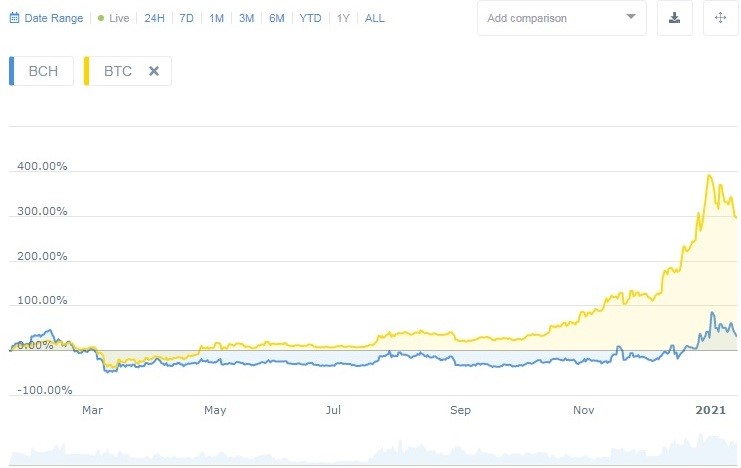 It’s clear that even though the price of Bitcoin Cash has been constantly on the rise ever since it took a huge dip in March, it hasn’t made any groundbreaking moves, and showcased very moderate gains, especially compared to its parent cryptocurrency and the coins from the DeFi cohort.

Understandably, the altcoin’s performance over the past twelve months has been quite underwhelming as the price of BCH in USD has risen only by a mere 36.7% as of the time of writing, while it has been completely crushed in the Bitcoin (-64.2%) and the Ethereum (-83.3%) markets during the said period of time. This begs the question, is Bitcoin Cash a good investment?

To answer that rather tough question, we have employed our unique price prediction model that utilizes the readings of Crypto Volatility Index (CVIX), the indicator of our own design that gauges the market sentiment similar to the Cboe Volatility Index (VIX), the analysis of the past Bitcoin Cash price history, and the coin’s past and projected market capitalization to deliver the most comprehensible Bitcoin Cash price prediction for 2025 and 2030.

Can Bitcoin Cash get out of the stale water in 2021?

Even though the introductory passage has some negative connotation to it, we are far from claiming that Bitcoin Cash is a lost cause. The price of BCH didn’t follow the rest of the market in its bullish frenzy, but it had its fair share of upside action that made it the center of attention in a couple of instances.

The first one occurred at the very dawn of 2021 when the price had had a 200% rally in a span of 56 days that brought it to the $500 level only to collapse to $130 in the aftermath of the coronavirus crisis. The second Bitcoin Cash’s big bull rally occurred near the year’s close, when the BCH price had successfully held onto the support at $240 and then exploded to $630 in a little over 50 days, a move that brought about a 180% gain.

Right now, the price of Bitcoin Cash in USD stands at $430 as the market has gone into a correction phase after the last bullish rally, having dropped by 35% in the past two weeks. And while this might seem like a nice performance that begs for continuation, the analysis of the Bitcoin Cash historical chart tells us that the bears are still keeping a lid on this market. 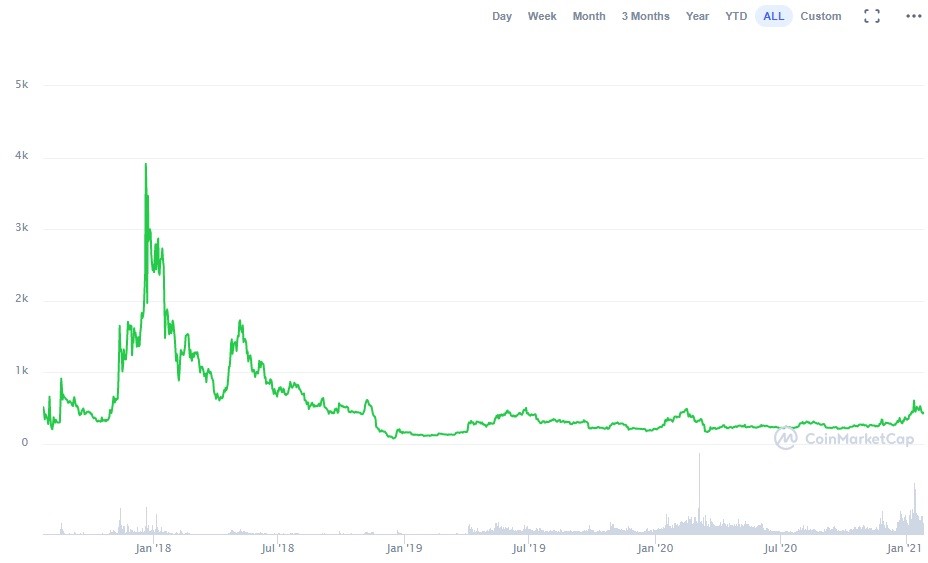 It’s obvious that the $500 level had proven to be impassable for BCH until lately, though the recent break above $600 might still prove to be the fake-out. Bitcoin Cash’s highest price still stands at $4,358, which is 90% away from its current standing, basically, making its growth prospects unchanged since early 2019.

Add to that the fact that the altcoins related to the decentralized finance (DeFi) movement, namely Chainlink (LINK) and Polkadot (DOT), have been making tremendous strides that led to Bitcoin Cash being pushed down in the global ranks from the 5th position all the way to the 9th place, despite the fact that its market capitalization has been moving in sync with the price action and has actually risen to $10,8 billion at the peak of the recent bull rally. 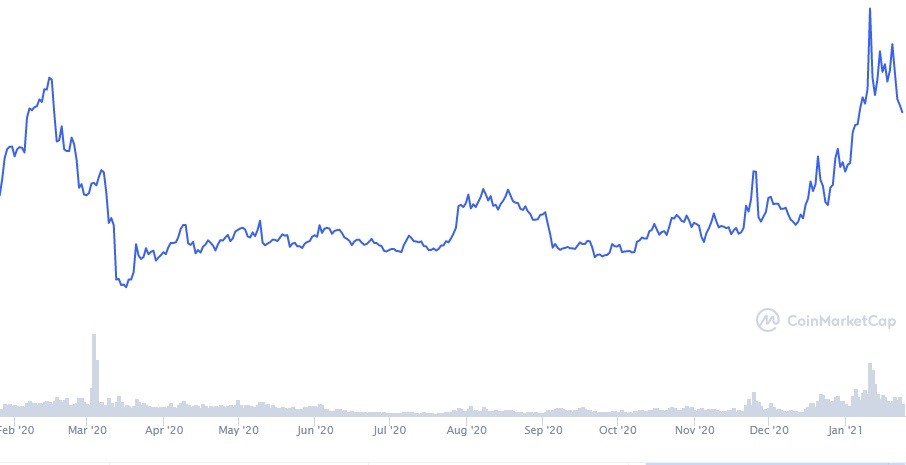 Given that DeFi is likely to receive an additional boost after the Ethereum 2.0 upgrade get fully implemented, which will greatly increase the capabilities of the Ethereum blockchain that serves as the foundation for most DeFi projects, we might see Bitcoin Cash falling further in the ranks, presumably somewhere to the bottom of top 20.

Our algorithm predicts that the market capitalization of Bitcoin Cash will have a slight drop in the next month to $9,8 billion only to spike to $16,3 billion by the end of the year. But given that the market capitalization of DOT, which sits in the 4th place, is already $16 billion, the chances of Bitcoin Cash getting back to the top of the rankings in five or ten years are quite slim, unless the developer team comes up with a groundbreaking solution that could provide the incentive for BCH to regain its status. However, that is also unlikely, because the team still has a long way to go to complete the original roadmap.