It seems that Bitcoin Cash (BCH) has established a steady pattern that can be labeled as a horseshoe. It implies that a significant bull rally always ends with the price going back to the point of its origin, leaving those who were panic buying when the price was soaring with a huge bag of devalued coins. 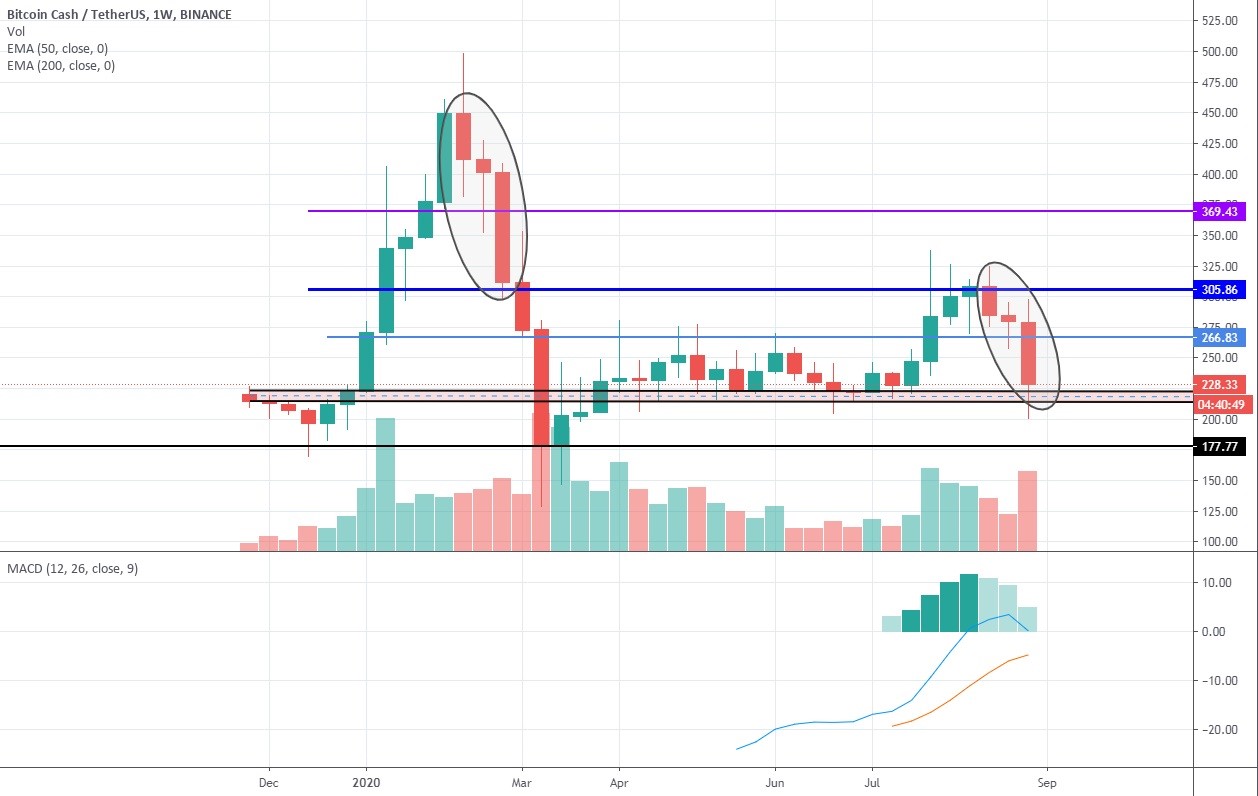 That is precisely what happened at the beginning of the year, when BCH had exploded to the upside and made 200% in eight weeks, which doesn’t seem that impressive in hindsight, considering the astronomical gains made by some DeFi coins over the summer. BCH peaked at $500 and then collapsed all the way to $130 in March.

Over the past two months, we have seen the same scenario developing, only on a much smaller scale. This time around, the bulls didn’t have enough puff to push the fork of Bitcoin higher than $340, the level where the bears have stepped in and started pressurizing BCH down in a pattern that is remarkably similar to the one that emerged during the winter correction: the initial push, followed by a week of indecision, and finalized by a nosedive.

The price action has already drawn a horseshoe, effectively wiping out all gains made in the last month, and once again found support in the area between $215 and $225. Now, the question is whether Bitcoin Cash would grab hold of that level and enter a consolidation phase with some bullish outlook, or would it slide even lower and find itself near $180, thus making a return trip to the depth seen during the March crisis.

A sudden initiation of a bull rally is obviously not an option here, simply because the demand for Bitcoin Cash has been quite insignificant for a top-ranked cryptocurrency in the post-crash period, and it’s unlikely to change any time soon. This leaves BCH either with a consolidation or a deeper pullback on the menu. This assumption is confirmed by MACD, which shows the intensification of bearish momentum after being rejected at the zero line.

Therefore, if the latest dump across the entire crypto market turns out to be a substantiated market move and not a fluke, Bitcoin Cash is highly likely to cross the designated borderline and enter the bearish territory where it could stay for the remainder of the year.

The situation on the daily time frame demonstrates that BCH had already made a decisive step into the bearish area since the price has fallen below both 50 EMA and the trend-setting 200 EMA, and now the two moving averages begin to form a potential death cross, although that particular pattern has proven to be very tricky when applied to the crypto market. 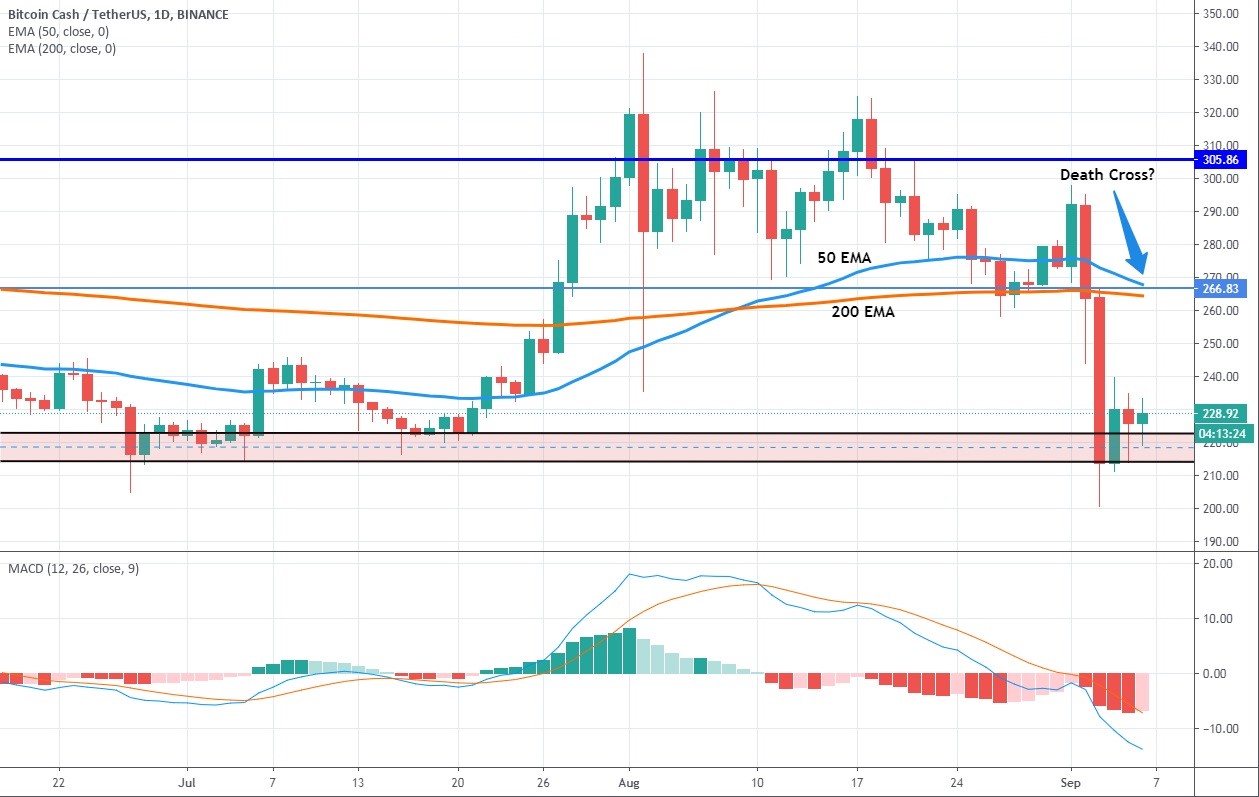 Here MACD is even deeper in the bears’ territory, with its lines showing that the bearish momentum persists. The buyers are holding to $215 for dear life, and if they manage to keep BCH from sinking until MACD starts showing signs of a bullish reversal, traders are likely to witness the commencement of consolidation above the current support. Otherwise, the move southward below $200 would be almost inevitable.