Bitcoin Cash (BCH) is rallying on the back of a controversy that, surprisingly, isn’t related to Craig Wright. In our previous BCH price predictions, we have reflected extensively on the inherent weakness of the price action of the 5th cryptocurrency that gave traders and investors enough reasons to feel frustrated as the coin had been plodding tediously to the downside over the course of the past 82 days.

But on July 25, the wait for some meaningful bullish action was over as the price had broken out of the descending triangle formation to the upside and went on to gain 43% in little under two weeks, thus finally confirming the recovery from the consequences of the market crash in March.

In all candor, this recovery was long overdue, especially for a top-ranked cryptocurrency that, despite the controversy and other hardships, still boasts the market capitalization of $5,46 billion and an average trading volume of $1,2 billion per day, with Binance being home for the most active BCH traders.

The first rejection after the long period of loitering

The daily time frame clearly depicts the path that Bitcoin Cash traveled from the long-standing support at $220 to a mighty resistance level at $320, which, in its turn, had served as support during the bull rally at the beginning of the year that ended so abruptly and dramatically. 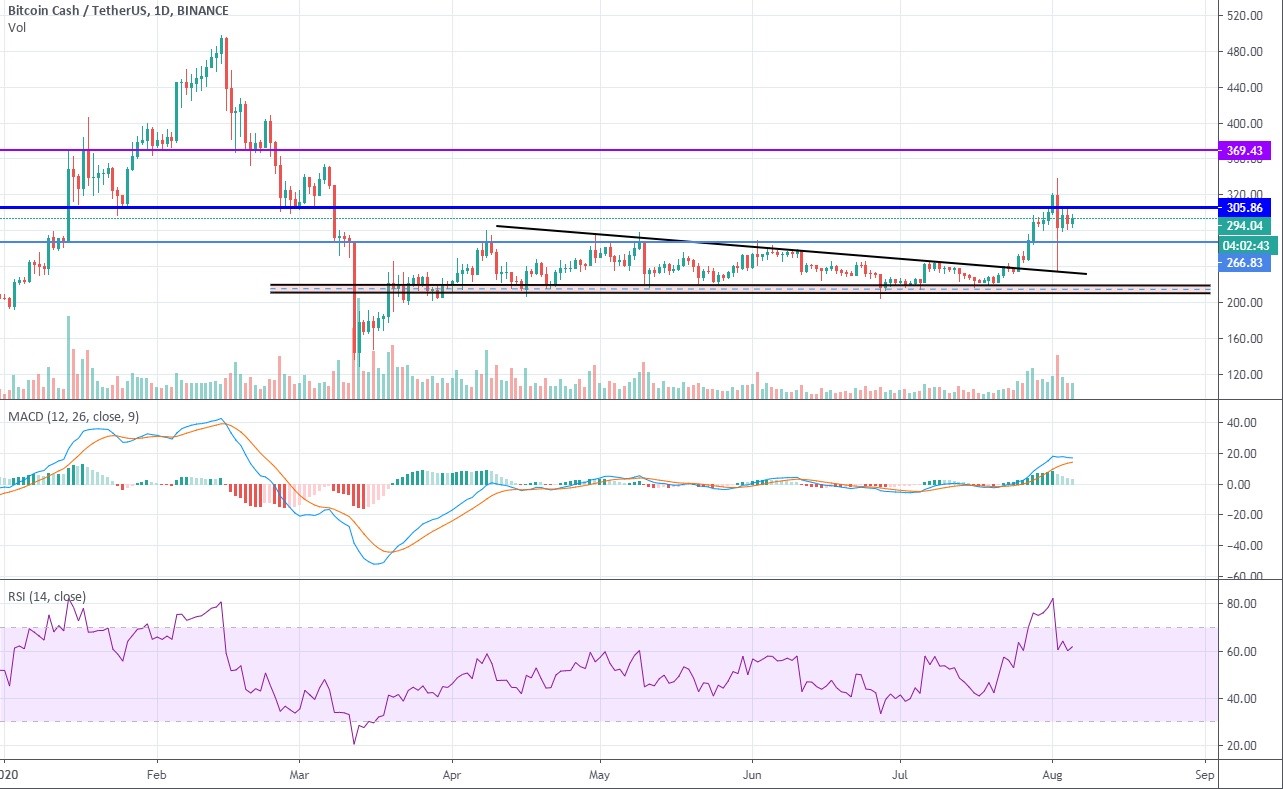 In any case, Bitcoin Cash has finally shown some signs of life, which is undoubtedly a positive thing for the altcoin that wasn’t much of a performer since the infamous market meltdown had put down a lid on the fledgling uptrend. Let’s cover the most important price levels, which we believe will determine the future course of price action.

A close look at the daily chart reveals that the price action has formed a bullish flag formation that hints at the continuation of the uptrend, although BCH still has to resolve it to the upside, but that might take a few days since the buying volume has been receding during the past five days, so the bears could push the price down to $266. 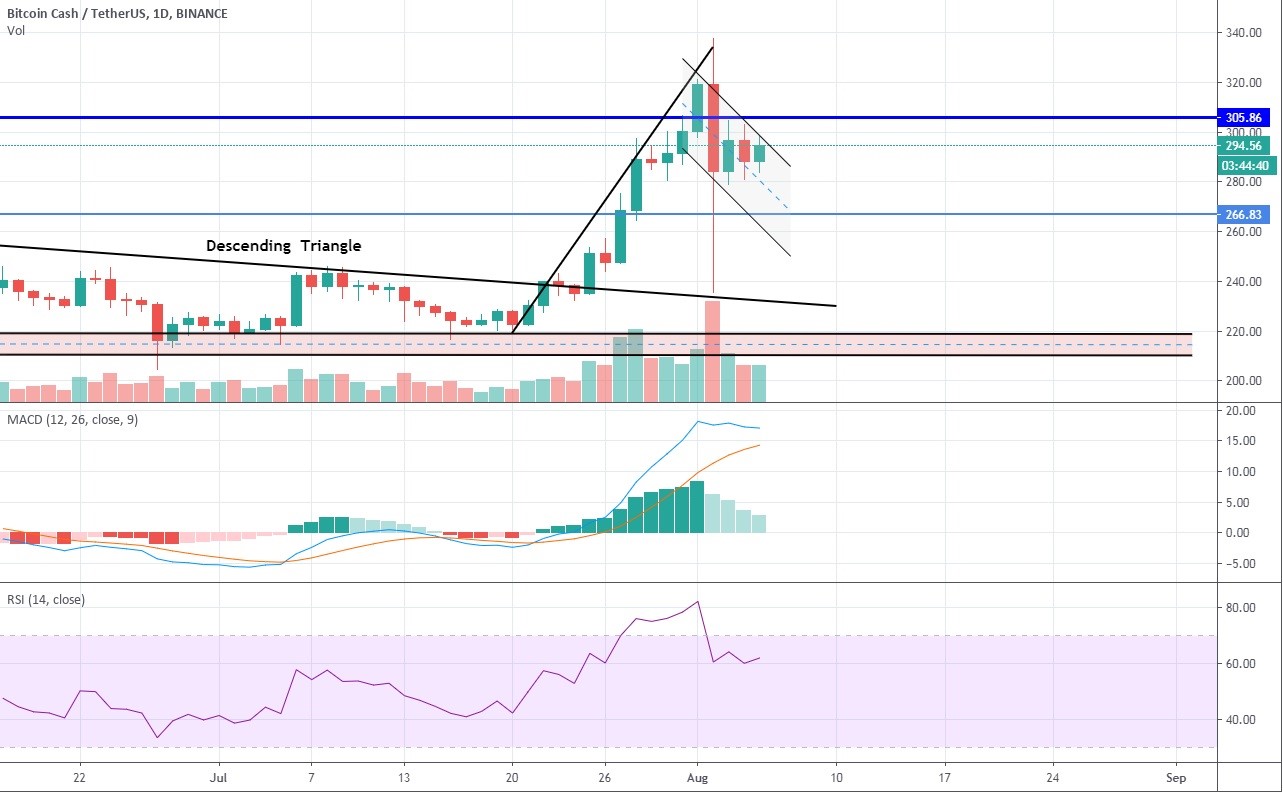 In summary, despite the impressive rally, Bitcoin Cash is still weak and lagging behind most altcoins, so going long on BCH right now could be too risky. Instead, watch how the price behaves around $266 that could provide some clues regarding the future direction of price action.