VeChain is the kind of blockchain project that can be characterized as a late bloomer. These are not the “overnight sensations” that go from rags to riches in a few months, regardless of whether they do it deservedly or not.

VeChain is the true blockchain old-timer since the history of this company dates back to 2007, when two Chinese entrepreneurs, Sunny Lu and DJ Qian, came up with a blockchain-enabled solution for the supply chain management. Over the years, VeChain expanded the scope of its expertise to serve industries such as automotive, retail, fashion, etc. and entered into partnership agreements with the likes of Renault and DNV GL. The solution allows businesses to track the movement of goods and products, thanks to the use of specialized digital sensors.

The team took its time with the introduction of the proprietary token named VET, as it had been listed on cryptocurrency exchanges only ten years after the company came into existence.

For some unknown reasons, Lu and Qian decided to introduce their coin to the cryptocurrency market in the summer of 2018, right in the midst of the notorious bear market. By that time, they had already missed the hype of 2017, which might have taken the price of VET to much greater heights than its current all-time time of $0.026, which was recorded on July 29, 2018. 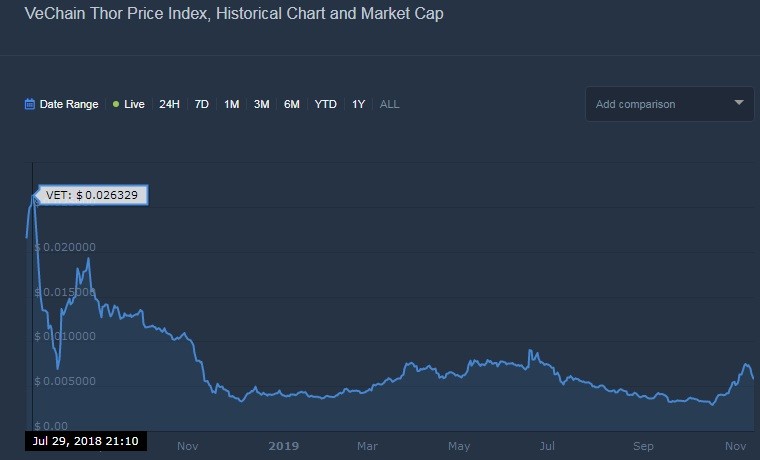 As we can see, upon reaching the all-time high, VET took a serious dip to $0.006 and then rebounded briefly to $0.02. However, this price spike was short-lived (from around August 16 to September 4) as VeChain went into a very prolonged correction phase that still holds.

Does missing the 2018 mega hype means that VET hasn’t reached its maximum highs? We shall see that with the beginning of a new bull market, which might happen in the coming months.

But despite the correction, the fourth quarter of 2019 has been quite positive for VeChain as the coin showcased a positive growth that amounted to 19.74%, which is the best result among the neighboring cryptocurrencies, with Basic Attention Token being the only one that also appears to be finishing the year in the green. 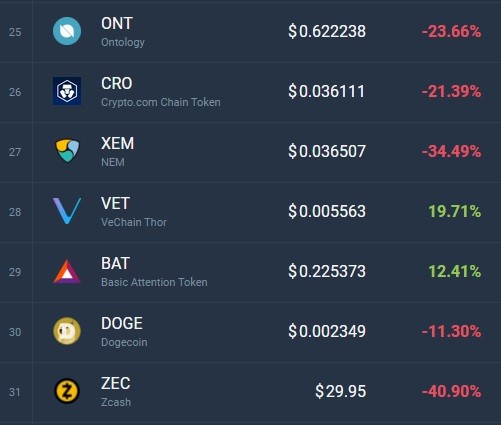 What to expect from VeChain in the next few months

Many well-known members of the cryptocurrency community predict a bright future for VET. For instance, Roger Ver once said that VeChain has a solution that can be of immense help to businesses that need to fight counterfeit and track products in real-time. So, from the fundamental standpoint, VET might be a solid investment, especially in the situation where the entire cryptocurrency market is under bears’ control, which opens up plenty of buying opportunities for those who hold cash or stablecoins.

Various technical indicators also suggest that VeChain might be a good addition to the crypto portfolio since the majority of them are showing buy signals. 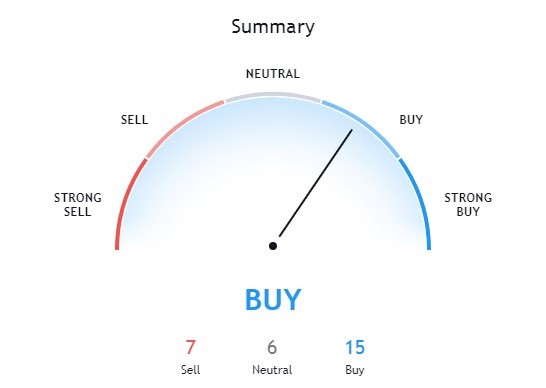 Those indicators appear to be quite strong when analyzing the moving averages, with both exponential and simple moving average hinting at going long. This notion is supported by MACD and the ultimate oscillator. Therefore, those who are looking for an interesting altcoin to supplement their portfolio should pay closer attention to VeChain.