VeChain has been making much headway this year, especially in the period that followed the notorious mid-March market collapse that sent the price of VET right to the all-time low at $0.0016. As it turns out, the seemingly catastrophic price drop became a starting line for a massive bull rally that has been going on for 110 days. The rally has already inflated the price of VeChain by some 400%, and we believe that right now, the coin is reaching the peak of the current upswing. 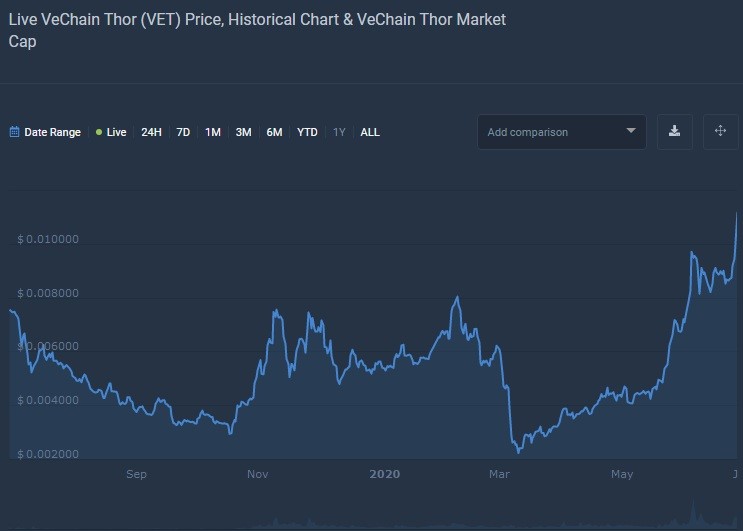 There is no sole reason behind such impressive progress - this month, VeChain outperformed both Bitcoin and Ethereum by 71%, whereas its USD value has improved by 61%. According to the company’s financial reports and newsletter, the VeChain Foundation has concluded a lot of partnership deals over the past few months and made a significant effort towards establishing itself as a pioneer of blockchain technology adoption.