VeChain (VET) had literally exploded after the meltdown in March as it made its way from $0.0014 to $0.23 - an astounding 1530% price growth - in just 150 days. But even a nascent trader knows that such an overextended rally always ends with a deep correction, which constitutes the natural flow of the market. 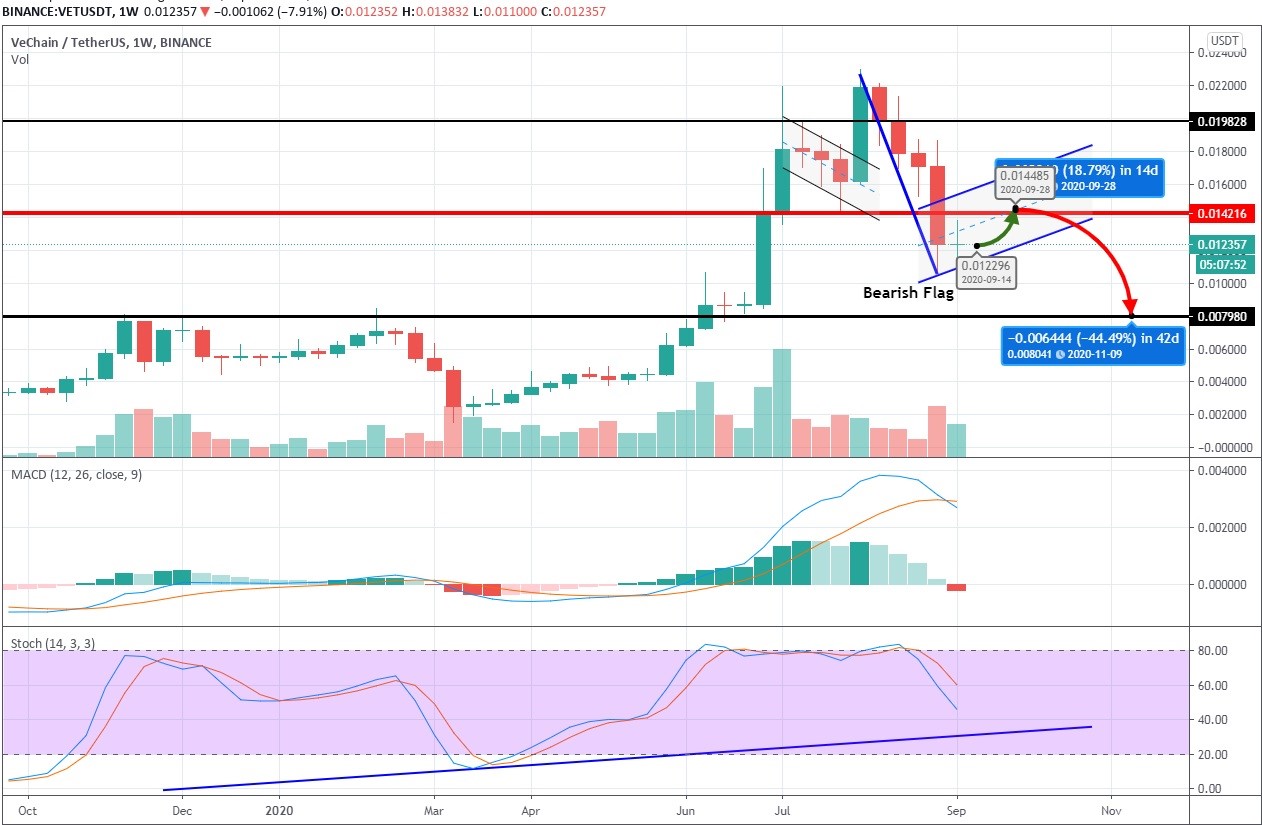 The correction could intensify if the market stays bearish

In our previous VET price prediction article, we had foreseen the break of the bullish flag formation to the upside, which took the form of a massive weekly bullish candle that catapulted the price to the interim high at $0.023 when it met the ferocious resistance on the part of the bears that turned this move into a false breakout.

VeChain has been crashing mercilessly for the past four weeks, which led to a loss of more than 60% of its value. VET could have stayed above the established support at $0.014 if not for the flash crash in the first days of September that dropped the price to the current $0.0124, ormed on the back of the 7% loss in the last 24 hours. The commencement of correction has also had a devastating effect on the market capitalization of the coin for supply chain management that went from $1.2 billion to $700 million during that time.

However, the average trading volume from the past 90 days remains within its usual fluctuation boundaries between $130 million and $240 million, suggesting that the interest towards that currency from market participants hasn’t diminished despite the latest bearish occurrences. Therefore, we assume that traders and investors didn’t lose faith in VET as its yearly ROI remains at 233% against USD, 231% against Bitcoin, and 65.9% in the pair with Ethereum. 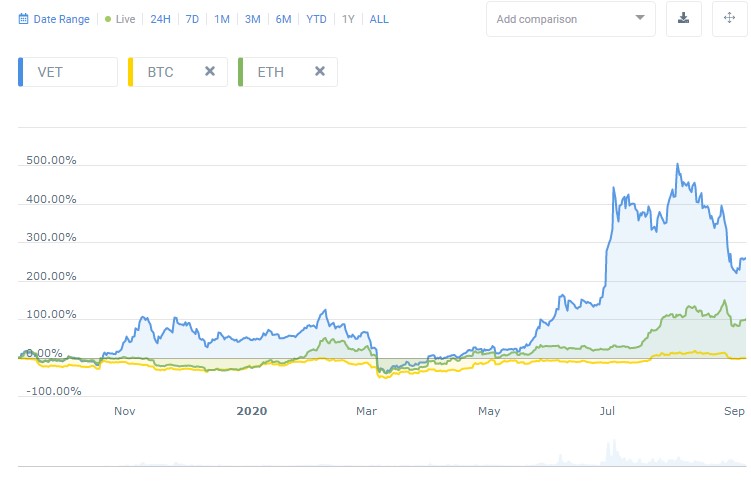 Previously, we have seen Theta Token (THETA), another early hard-gainer, going through a similar pattern - a huge rally followed by a steep correction that led to another rally and new higher highs on the macro level. However, given how painful the beginning of the autumn was for the cryptocurrency market, it would be much tougher for VET to recover and make its way to new higher highs. Besides, our main indicators show that the bearish momentum is picking up, so further price fall is to be expected.

MACD has already made a bearish crossover while the histogram started to glow red, a huge warning signal for those who think about catching the falling knife. In this setup, the risk is significantly higher than the expected reward;
Stochastic had been gliding along the border of the overbought zone without entering it, but then dropped sharply to the neutral zone when the September dump took place. We expect the indicator will fall to support at 32, where it could start displaying some signs of a bullish reversal.

We predict that within the next eight to ten weeks, VeChain will flow within the framework of the bearish flag formation that will be resolved to the downside - most probably to the resistance at $0.007 - if the autumn turns out to be depressing for the cryptocurrency market.

VeChain (VET): Preparing for the Final Push Before the All-Time High