Little by little, cryptocurrency traders are adapting to the new realities that emerged on the market after the infamous crash, induced by the global outspread of COVID-19. VeChain also fell victim to the total market collapse - the 36th cryptocurrency lost 67% of its pre-dump value ($0.0046) and dived to the all-time low at $0.0019 on Friday, March 13, giving this event an even gloomier context.

It is too early to say whether that price level should be perceived as an absolute bottom, but, surely, those traders who bought VET at the all-time low can now start locking some profits as the coin appears to have begun a gradual process of recovery after the initial shock.

Actually, it bounced back to $0.0031 on the same day and then initiated a 5-day long period of consolidation, during which VeChain has been trading within the boundaries of $0.0022 and $0.0028. As of the time of writing, VET is attempting to escape from this corridor to the upside, having risen in price by 12% in the last 24 hours. 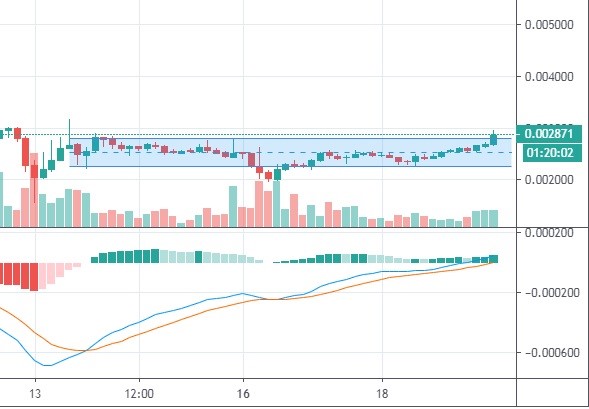 However, this somewhat proactive attitude on the part of the bulls might spark an optimism in those who didn’t manage to offload the VET holdings prior to the downfall, but they definitely shouldn’t raise their hopes too high because we are still in a brutal bear market, which means that the 12% gains today may easily turn into -25% losses tomorrow. Therefore, it is especially important to know when and where to put stop-losses in order not to be left on the wrong side of the market in case another big landslide happens.

On March 16, the buyers began putting up some resistance to the unrestrained sellers who had momentarily pushed the price outside the boundaries of the trading channel to $0.0019. This level marked the beginning of a minor uptrend on the 3-hour timeframe that had gradually taken the price above the 50-period moving average at first, and then lifted it above the 200MA, which now serves as resistance. 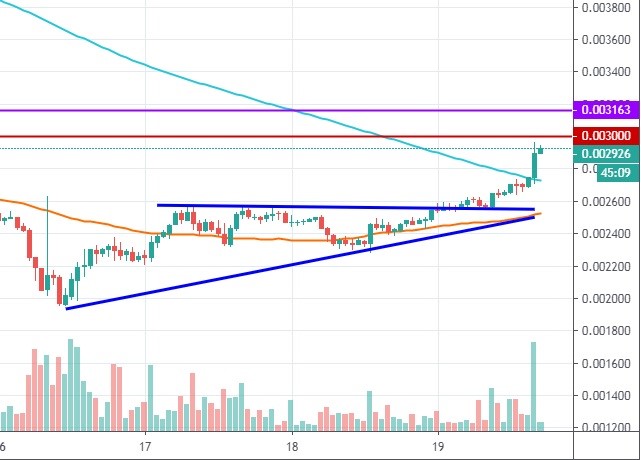 Moreover, the price has begun making higher lows/higher highs rather abruptly, to be frank, but nonetheless consistently. On March 19,VET has even broken out of the ascending wedge and is highly likely to be aiming the first point of resistance at $0.003, with which it has been interacting quite actively during the consolidation phase. Should VeChain break through this barrier successfully, the next checkpoint should be at $0.0031, the highest price point which the coin reached since the market collapse. This price level could be the top of a new broader consolidation channel because the chances of sharp recovery of VeChain, and the cryptocurrency market in general, are incredibly slim. It’s most likely that traders will see a strong pullback after $0.0031, which could provide the clue regarding the bottom of the channel. 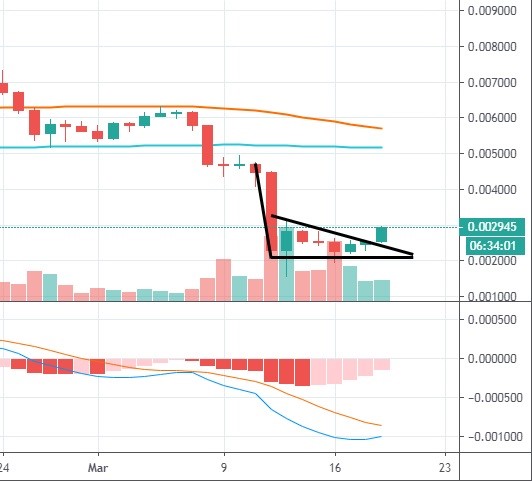 The daily timeframe shows VET pushing through the bearish flag to the upside, but we still need confirmation on the move that should come with the next daily candle and the potential crossover on MACD. However, VeChain still remains deep below both crucial moving averages, so if it is a recovery, it should be regarded as a minor one.