In our previous Dogecoin (DOGE) price prediction article, we described the artificial bull rally organized by Tick Tock users who tried to pump the price to $10 in a classic “get rich quick” scheme. We advised against getting involved in this endeavor since it was obviously destined for failure. As expected, the interest towards the meme cryptocurrency had quickly died off, and the price began to crumble under pressure from sellers who brought it down all the way from $0.055 to the current level at $0.0027 in just nine weeks, as depicted on the chart below. 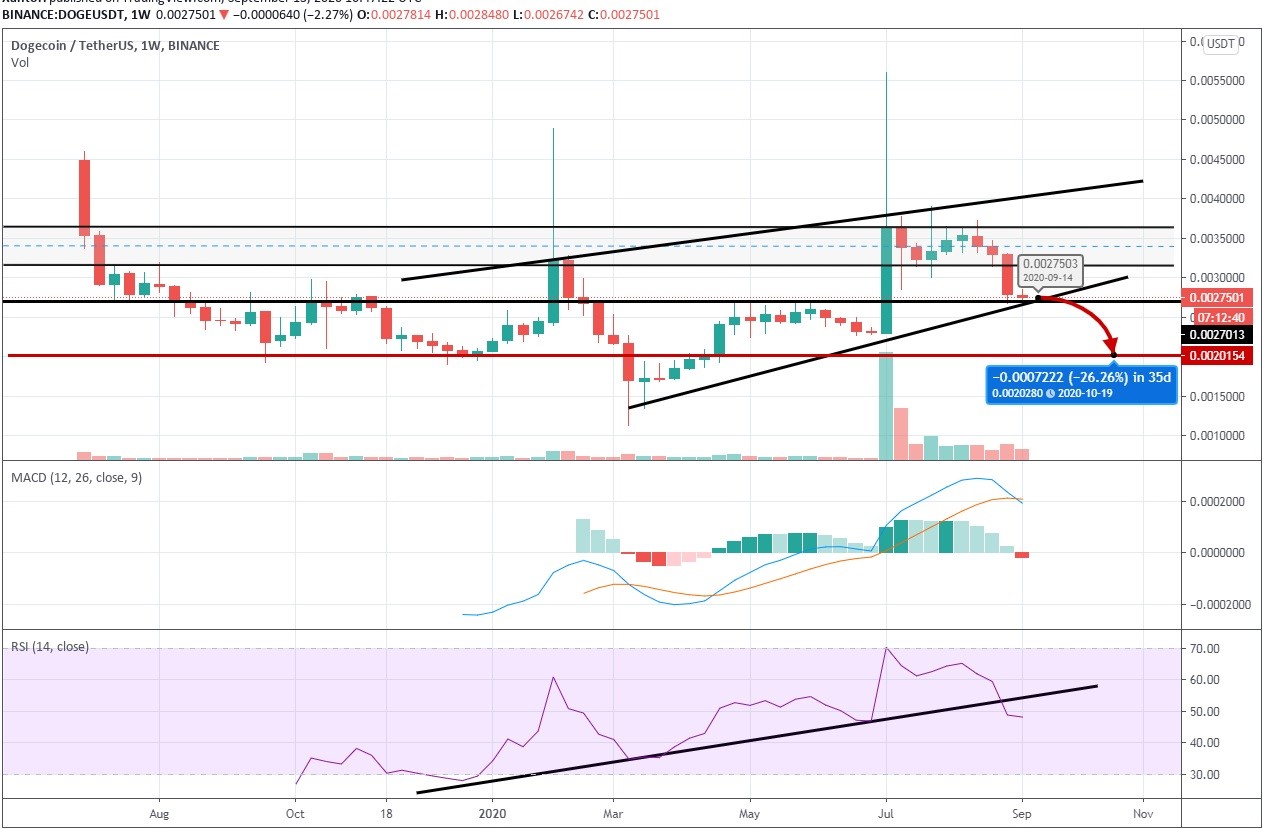 The aftermath of the failed pump

Certainly, the demise of DOGE was exacerbated by the recent selloff that brought the entire market down by an average of 20%. Prior to that, Dogecoin had been holding its position in the horizontal channel that formed between the price levels at $0.0031 (support) and $0.0036 (resistance), which is exactly the area towards which, as we predict, DOGE will travel if the buyers decide to step in. Therefore, the key price levels to watch at this juncture are as follows:

However, we reckon that the probability of the price breaking the ascending wedge formation to the downside is higher at the moment, judging from the behavior of key indicators.

After a prolonged bullish strive, MACD got rejected at the top of the overbought zone and went on to make the bearish crossover, which means that from now on, the selling pressure will only gain momentum that entails further price depreciation;

The 14-period RSI has broken the long-standing support at 53 to the downside and is now heading south, which also implies that the bears will keep trying to force the bulls into submission.

The next few weeks might bring about some bullish action, but everything will depend on the overall market condition and sentiment that is currently on a fearful side. It’s highly unlikely that the buyers would muster enough strength to break the wedge formation to the upside, while the bears are in a position to send DOGE crashing through the floor at $0.0027, all the way down to the strong historical support at $0.002 - $0.0018.

Getting back to square one against Bitcoin

The situation in the DOGE/BTC pair can be described as the return to equilibrium. Following the strong push from 6 satoshis per coin, achieved during the Tick Tock initiative, DOGE got pressurized aggressively inside a clear-cut horizontal channel between 2.5 sats and 3.3 sats where the price had been incarcerated for many months. 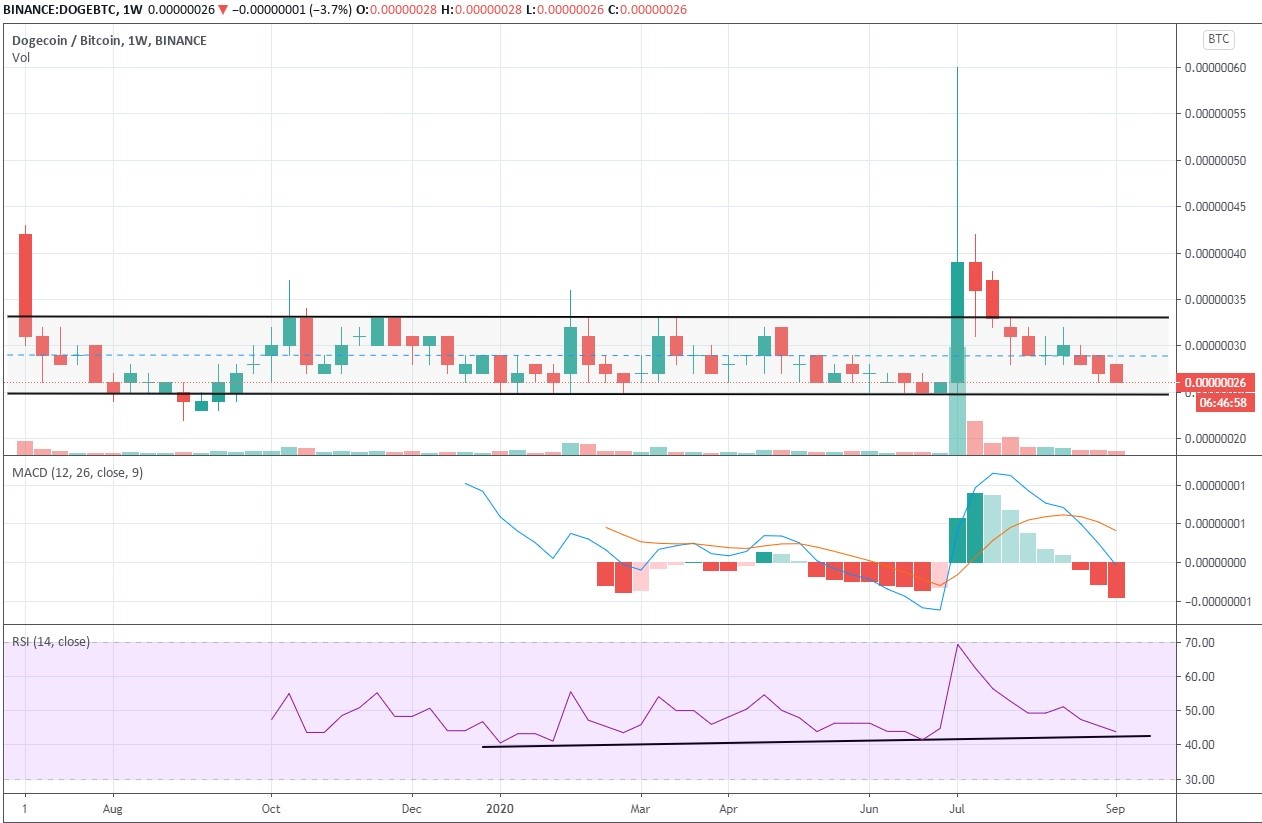 Here MACD shows that the bearish momentum is prevalent and is likely to persist in the coming weeks, pushing the price down to the said resistance and maybe even slightly below it. The RSI is yet to meet the support at 42. Should the indicator remain at that level, DOGE is likely to find support at 2.5 satoshis.