A responsible trader should always be mindful of price manipulations, such as pump-and-dump schemes that still occur in the cryptocurrency market. Spotting a manipulation is like solving the conspiracy and profiting from participating, or leaving, it at the most opportune moment. Price manipulations are always concocted behind the scenes, hidden in the myriads of orders that float around the market. But what if the preparation for the pump isn’t carried out in secret but instead, popularized on social media?

Dogecoin (DOGE), a well-known meme cryptocurrency that was designed as a joke, confirmed by its founder Jackson Palmer, is currently going through a pump that wasn’t initiated by some whales or whatnot - DOGE has surged by the staggering 100% in a week on the back of the Dogecoin Challenge that became viral on TikTok, a Chinese video-sharing platform. 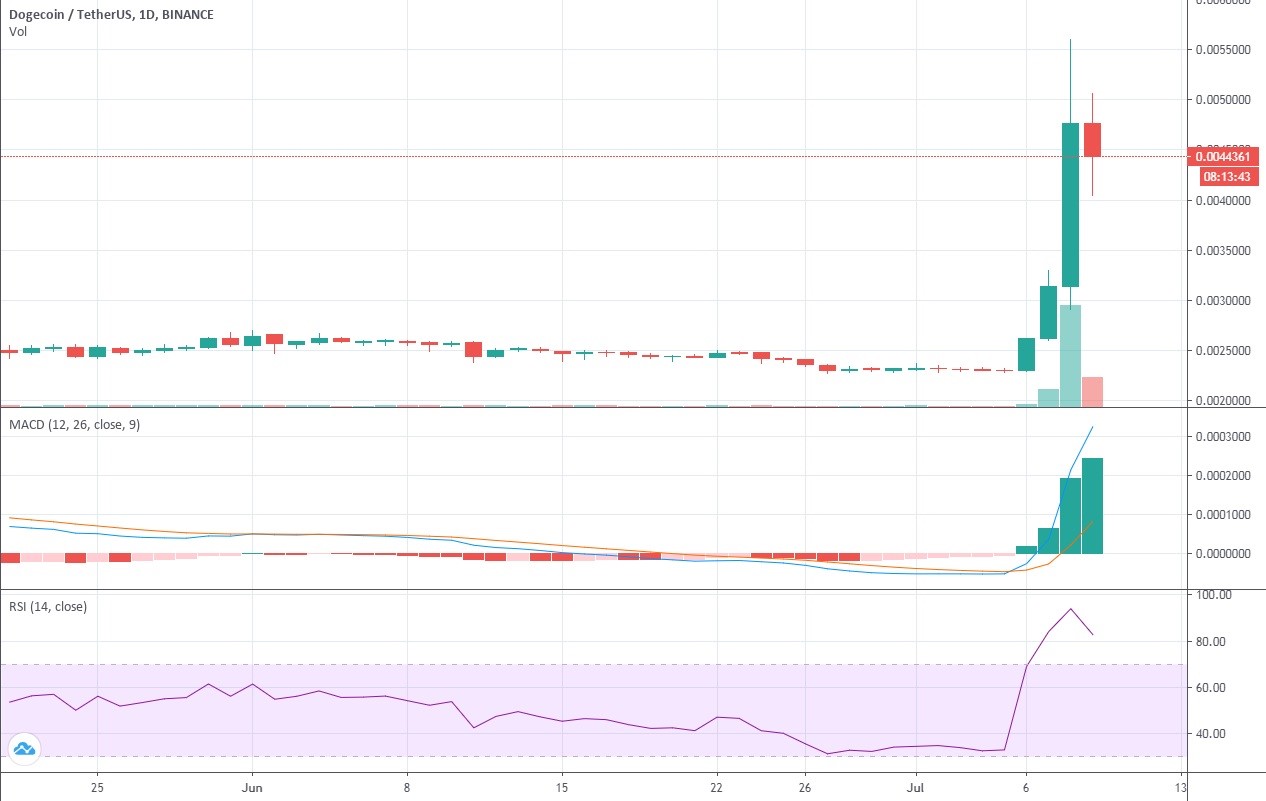 Some industrious bloggers initiated a challenge that called for people to invest a small amount of money in DOGE and collectively push the price of the cryptocurrency to $1 so everybody gets massively rich. The get-rich-quick schemes are yesterday’s news for cryptocurrency investors and traders, but this one is particularly daring and fascinating at the same time.

It comes to show how impactful social media are in the fledgling cryptocurrency market, and also how prone most cryptocurrencies are to manipulations. The Dogecoin representatives have already issued a statement, urging people not to get caught up in FOMO and refrain from making rash decisions. You know what they say, if it quacks like a duck and swims like a duck, then it is probably a duck. Same here, someone is making a blatant attempt to manipulate the price of DOGE by getting as many people involved as possible, publicly calling it a pump.

The notion that a crowd of TikTok users would be able to send the price skyrocketing to $1 is nonsensical to those who saw its all-time price chart. Indeed, the trading volume has been going through the roof, having increased by 2000% over the week. But viral challenges on social media tend to fade away quickly, so even another 75% upward push to DOGE’s all-time high at $0.018 would pose a real challenge.

How to trade DOGE in these circumstances

We, as traders, should exploit every opportunity to make money, price manipulation, or not. Right now, it is important to understand whether the pump has already reached its peak or should we expect another wave-like bullish price action. 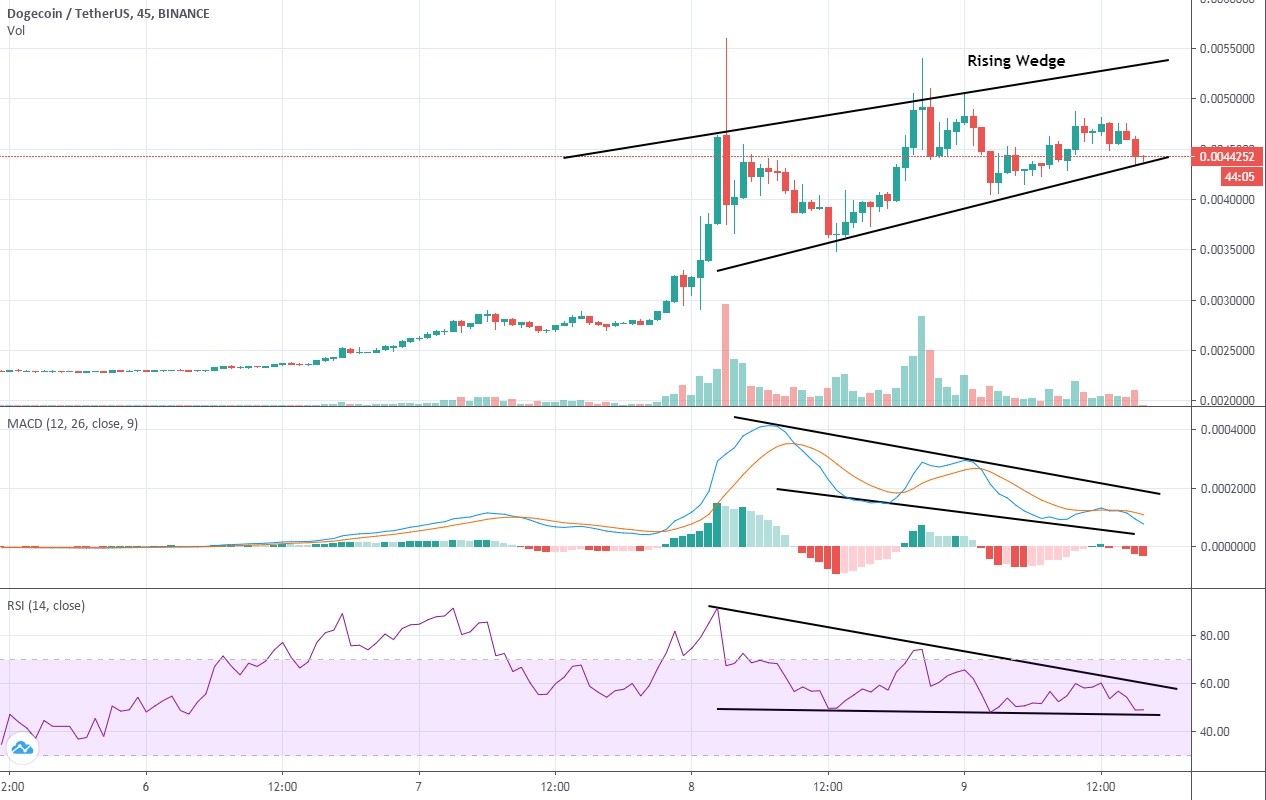 The picture on the 45-minute chart is quite clear as we see at least three evident hints of the approaching price depreciation.

To summarize, we believe that the hype around the Dogecoin Challenge is dying off, and the price awaits an inevitable crash due to the artificial nature of this whole endeavor.