When the market crashes, it does so on everyone’s heads and with every single coin, regardless of whether they are backed by a highly sophisticated solution for decentralized finance or just an Internet meme, like in the case of Dogecoin (DOGE). The 31st cryptocurrency has been moving, or it would be more appropriate to say dumping, in unison with Bitcoin and the rest of the market.

On March 12, the day that has already been labeled as Black Thursday, DOGE had depreciated in value by 27% on the close and by 37% during the day’s price action. The next day - Friday 13, by the way - was no better as Dogecoin kept on falling and had hit the lows of $0.0011 - the depth which this coin hasn’t reached since the fall of 2017, which preceded the legendary bull market of that year. In order to appreciate the magnitude of the price drop, let’s take a look at the chart that depicts the price action of the last three months. 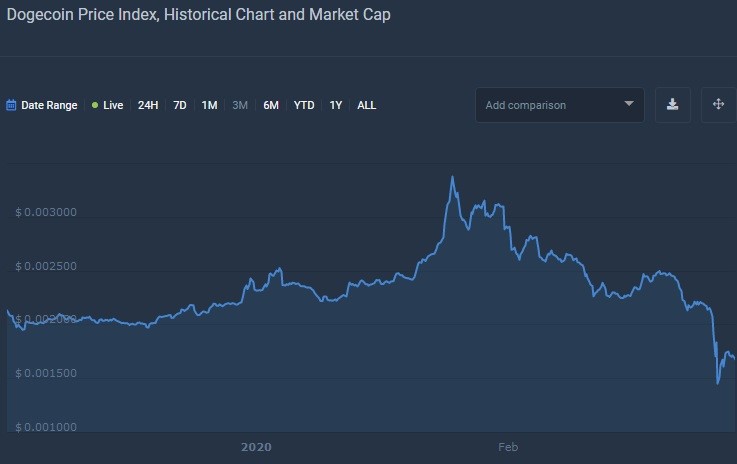 Stabilization or another price decline?

Experienced traders should have anticipated this move since Dogecoin had been showing all signs of regression and the development of the bear market - the coronavirus situation has only accelerated this movement. Those who have been short on DOGE since the beginning of February must have made good money, but those who clung tenaciously to this coin now must decide what to do with it in the face of the uncertainty on the cryptocurrency markets and the world economy in general.

Right now, people are dumping risky assets, including cryptocurrencies, en masse, so there is really little to no chance for Dogecoin to go bullish, or even recover to the pre-dump level in the near future, at least for as long as the coronavirus-induced panic keeps the global markets on the decline.

A prolonged consolidation appears to be the optimal scenario for DOGE, which the coin actually realizes at the moment on the 15-minute time frame. 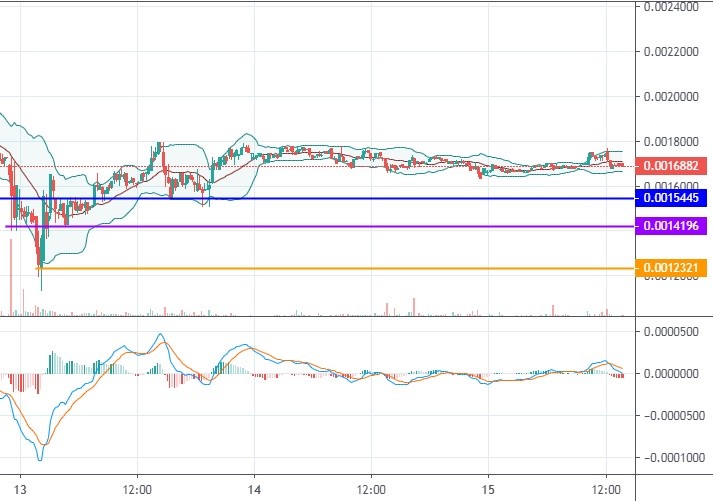 Day traders should keep an eye on the price behavior within Bollinger Bands (BB), an oscillator which was designed to predict the periods of volatility. As of now, Dogecoin has been trading sideways for almost two days, with BB gradually going into an extremely tight squeeze, the release of which already seems a bit overdue. With high volatility approaching, the main objective now is to guess in which direction the price would move.

Given the overall market context, the most apparent presupposition would be that DOGE would experience another price depreciation, although its magnitude shouldn’t be as unprecedented as a few days ago since the world and the markets are gradually adapting to the critical conditions. MACD acts in support of the approaching downward move as both its lines are about to dive below zero, signifying the bearish sentiment on the market.

The probability of Dogecoin beginning to respect the support levels grows higher as the market becomes more stable. Therefore, day traders should be looking for the following price targets that DOGE could hit over the next few days: $0.0015, $0.0014, and $0.0012. 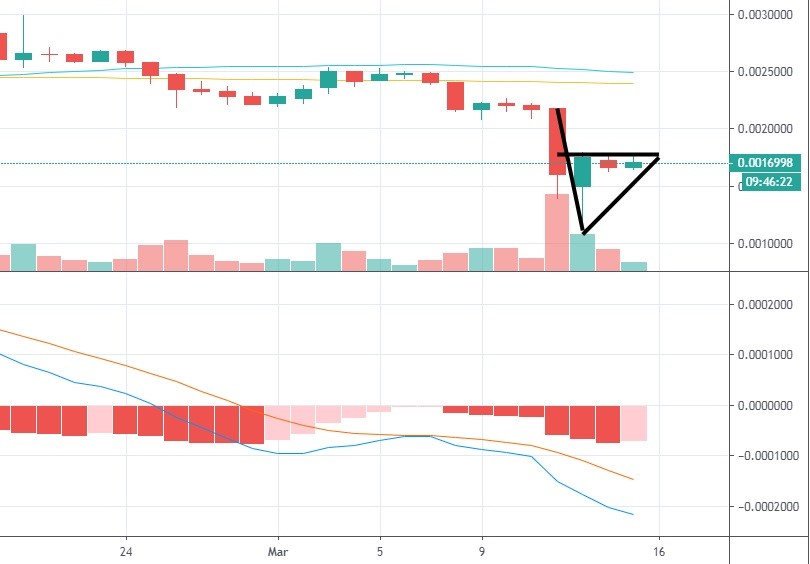 The situation on the daily time frame remains mostly uncertain, although we do see the formation of the bearish flag pattern, which is very likely to resolve itself to the downside, given a relatively small buy volume and a totally bearish picture on MACD.