Those who got involved in cryptocurrency trading even for as little as a year must have had an earful about the prospects of ChainLink (LINK) and its decentralized oracle service that establishes a bridge between the real economy and smart contracts that exist on the blockchain. Such a bridge is needed because the blockchains themselves are unable to obtain and subsequently process the data feed from outside sources - that’s when ChainLink’s oracles come in handy.

Unlike the vast majority of cryptocurrency projects, which, as they say, talk the talk but can’t walk the walk, ChainLink has been actively putting its solution into practice by concluding partnership deals with companies from various sectors of the global economy.

In one of the most recent developments, Etherisc, a decentralized flight insurance company based in Munich, Germany, has entered a collaboration agreement with ChainLink for the purpose of using its oracle network to resolve the discrepancies in its current system architecture and the process of smart contract execution.

The deal was consummated on February 6, and the price of LINK has reacted immediately, rising by 15% in just 12 hours of trading. The trading volume exploded to $317 million, making LINK one of the most heavily traded cryptocurrencies across major platforms like Binance, Latoken, and BKEX. 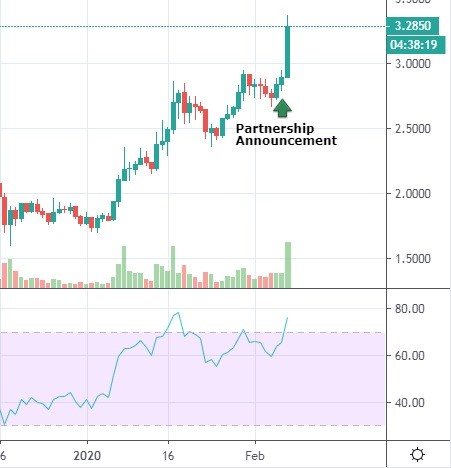 That is not the first time when LINK reacted in such a way; therefore, it’s of immense importance to keep track of the project updates in order to be able to capitalize on future system upgrades or prospective partnerships, like the one concluded with Etherisc.

Looking good on the charts

The monthly chart shows that the second part of 2019 and the first month of 2020 have been really eventful for ChainLink, with the exception of September 2019, although this period was probably of the utter importance for traders since the chart shows the emergence of the morning star pattern. That was a crucial signal about the underlying shifts in the market, which gave way to the current rally, though at first, LINK had to retrace even lower than the opening green candle of the pattern. 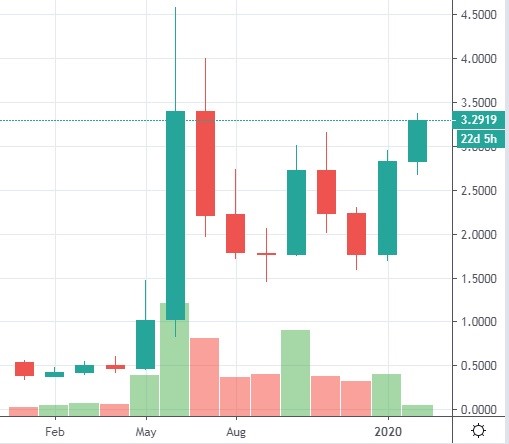 Nevertheless, the reversal pattern had played out correctly as traders are currently seeing the inception of a long-awaited uptrend and a possible altseason.

The weekly chart shows an interesting peculiarity in LINK’s behavior, which is its proclivity for deep retractions after the equally strong growth, though the breakout to the upside tends to follow these retractions. 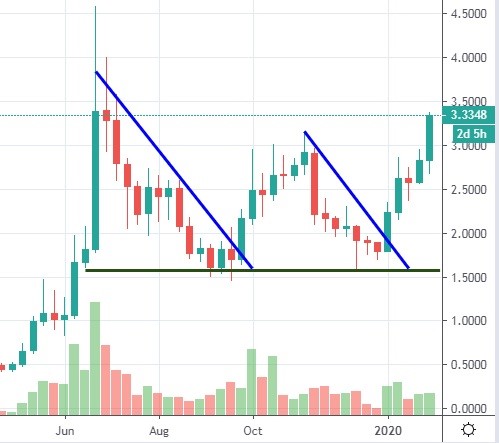 Therefore, it shouldn’t come as a surprise if ChainLink would dive down to $2.5, or even $2, after the 5-weeks worth of strong gains. However, this support could be pushed higher to $3 in case LINK’s price would keep rising over the next two weeks and reach a critical resistance at $4. 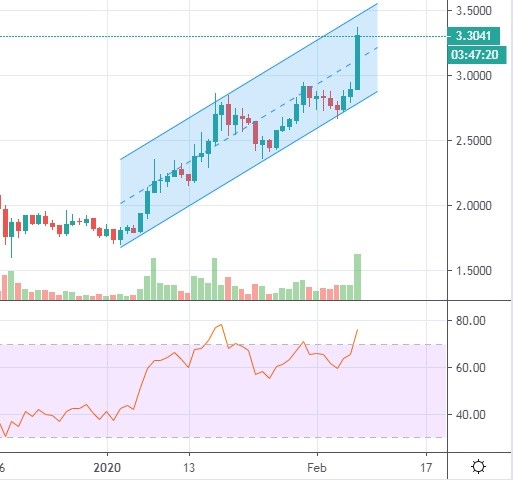 On the daily, LINK appears to be continuing moving within the ascending channel, even though the recent 15% gain might have seemed like a breakout of some sort. However, the price has already entered the overbought region and strives to reach 80 on the 14-period RSI. It means that over the next week or so, LINK could retrace back below $3, establish a higher low, and only then proceed with the upside movement.