LINK is surely the altcoin that has been making its holders very happy as it gained 77.6% against USD in little over four weeks and also went 44.5% above Bitcoin over the same period of time. 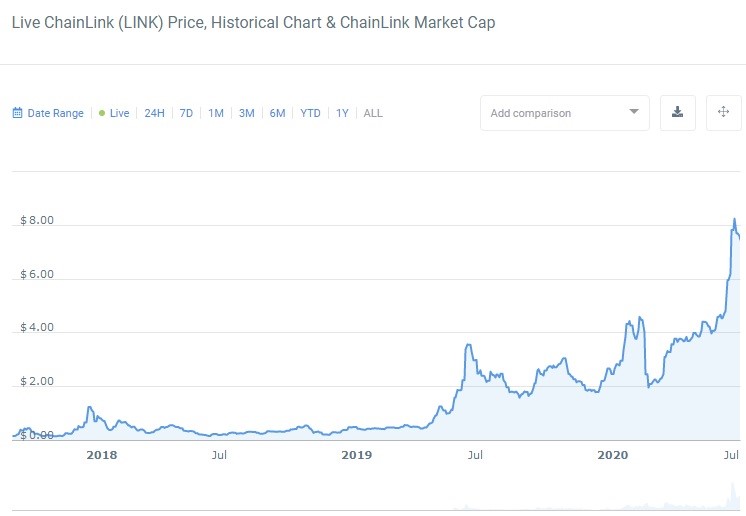 Just look at this beauty of the all-time chart, which shows the price moving upward in a very explosive fashion, having been making tremendous upswings, especially the last one when the price pushed off the support level at $4 and went on a mind-blowing rally that reached the peak only above $8, marking the strongest period of growth in altcoin’s history.

You can find the detailed explanation of the reasons behind such a magnificent growth in our previous LINK price predictions, and these very fundamentals will push the price further to the upside as the demand for oracles is getting higher in the blockchain space in general, and the field of decentralized finance in particular.

Even before the commencement of this monstrous uptrend, LINK was considered by many, including us, as one of the most promising altcoin that is deemed to supersede the weakening Litecoin (LTC) and Ripple (XRP) in global ranks. Presently, Chainlink sits at the 11th spot, with the market capitalization of $2,93 billion, which is only $80 million less compared to that of Binance Coin (BNB) that closes the top 10.

We have little doubt that BNB will be pushed aside relatively soon as LINK has already finalized the retracement to an important support level at $7, briefly touching $6.5 with the lower wick, and now appears to be going for the new higher high within the context of constructing another bullish flag. 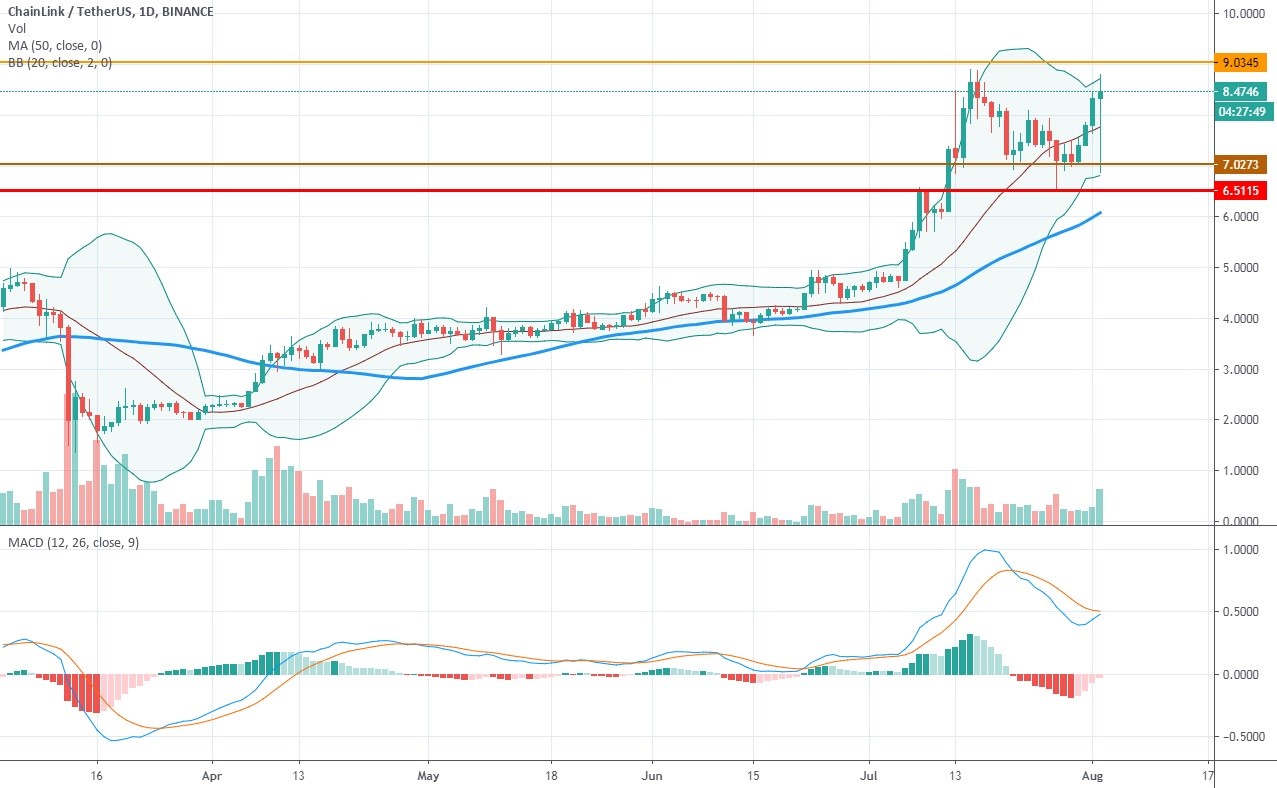 As already mentioned, Chainlink has had arguably the healthiest bullishly-oriented price action ever since it got above the 50 MA, which now defines the uptrend. Upon breaking the $5 barrier, LINK has been rising further above the moving average, hence confirming the strength of the bullish momentum.

We predict that Chainlink will enjoy another period of powerful bullish action that will take the price to the ultra-important psychological level at $10, at which point the market participant might decide to take the profits, thus initiating a deep correction. Right now, it is the ripe moment to go long on LINK because all signals point at the prolongation of the bullish phase.