Chainlink (LINK) belongs to the 93% of altcoins that saw a significant price decline in September. But in the case of LINK, it wasn’t just a mere correction that knocked its value down by some 20%; the 7th cryptocurrency had literally crashed by 64% in five weeks, having gone from the all-time high at $20 to September low at $7.25 - a massive disappointment for those who pinned great hopes on the DeFi token that serves to the oracle network.

Nevertheless, its profitability on the macro scale remains positive, with 338% to the upside against USD, 217.1% being the result in the Bitcoin market, whereas Ethereum was left behind by 115.3%. LINK’s historical ROI stays above 6,800%, so even the latest decimation of gains shouldn’t have unnerved long-term holders.

Chainlink’s current price stands at $10.86 upon making a slight 1.6% progress to the upside in the past 24 hours. The coin’s market capitalization had also undergone a significant meltdown from $6,6 billion at the top of the rally to $3 billion at the presumed correction bottom, but then made a slight recovery to the present $3,8 billion. 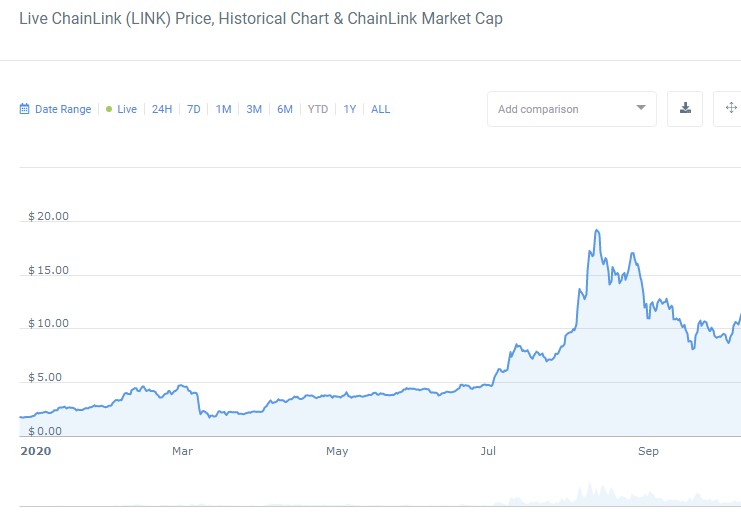 It was obvious that after such an explosive growth, which Chainlink displayed throughout the summer (more than 320% to the upside), the market would have longed for a correction, but what traders saw in the period from mid-August until the last week of September was the downright capitulation. This doesn’t mean the demise of LINK, of course, mainly because this token has splendid fundamentals and the fact that it has already proven its value to decentralized finance and cryptocurrency space, in general. But recent occurrences left many traders holding the bag, wondering when LINK is going to recover to the price levels close to the ATH.

LINK consolidates on the macro scale

The weekly time frame allows us to pinpoint the specific area of support that Chainlink has been exploiting for the past three weeks. 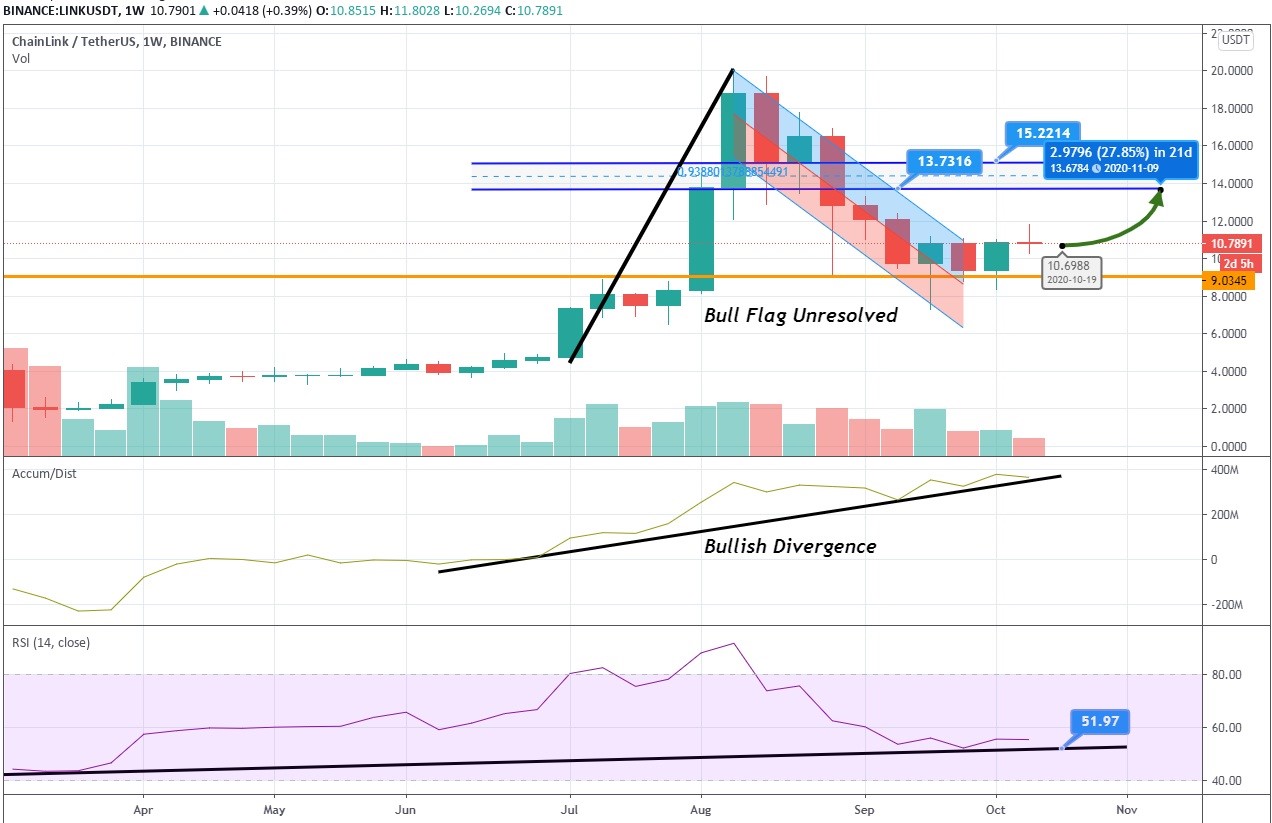 It’s clear that after three weeks of merciless pressurization to the downside, the sellers have dropped the ball at the support $9, which ultimately locked the price action in the range between $9 (though the price had made a short trip to $7.2)  and $11, the resistance that is now under threat of being broken to the upside.

Basically, Chainlink had formed a huge bull flag that still remains unresolved as the price got gridlocked near $9. However, we predict that LINK will have another episode of bullish action in the next four to six weeks - which will bring about the 28% rise in price - that will travel to the area between $13.7 and $15.2.