Chainlink (LINK) was undoubtedly the star cryptocurrency of the past two months as it experienced a phenomenal rally, during which it had driven straight from $6 to $20 with a couple of small pit-stops. 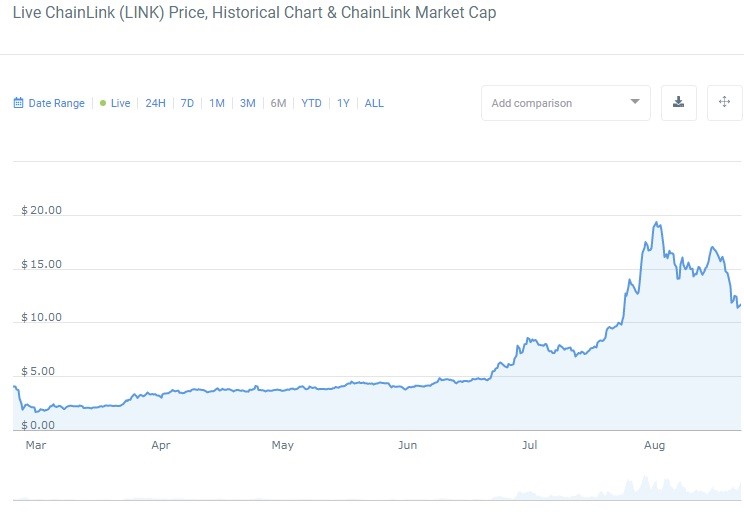 During that time, a lot of related memes, like the LINK Marines (the army of shillers on Twitter) and their battle with Zeus Capital, emerged in the crypto community, giving rise to even more hype and price appreciation. And even though Chainlink is already a top-ranked altcoin with solid fundamentals based on oracle services that are in high demand among developers, it couldn’t evade the consequences of the artificial pump as its price had crashed on the head of those too greedy to sell when LINK began tanking. While the 6th altcoin still boasts triple-digit gains over the last year, this month has proven to be devastating for its price that sunk 33% against USD and 23% against BTC in a matter of days, leaving many Marines holding the bag.

The Marines are about to sink lower

The monthly chart clearly shows how much excessive fat Chainlink had gained during the hype-instigated growth that is now being trimmed down by the sellers within the framework of the latest flash crash. 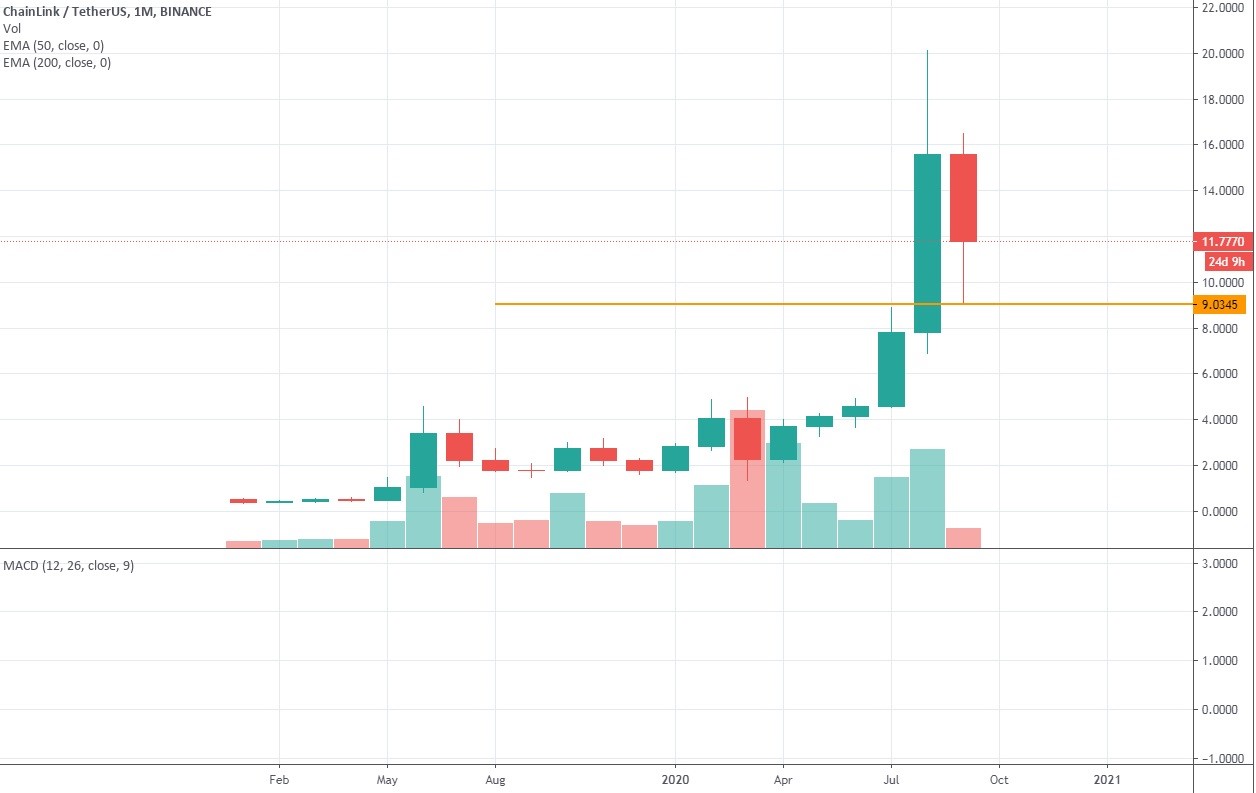 Obviously, one shouldn’t expect LINK to recover swiftly after such a serious humbling, but the next month of price action - that is most likely to have a bearish connotation - will determine the fair value of this altcoin for the time being. The price has found some support at $9, but we would have to wait for at least two weeks to be able to determine more precisely where LINK is likely to move on the macro scale.

The weekly chart tells us that the recent abrupt crash might have canceled the continuation of the uptrend since the buyers were doing a decent job at keeping the price at $15. Now, they would have to push extra hard to even make a recovery to that level. However, it seems almost unattainable in the near future because the bulls are now watching the action from the sidelines, while the price is testing the support at $9 and threatens to go even lower. 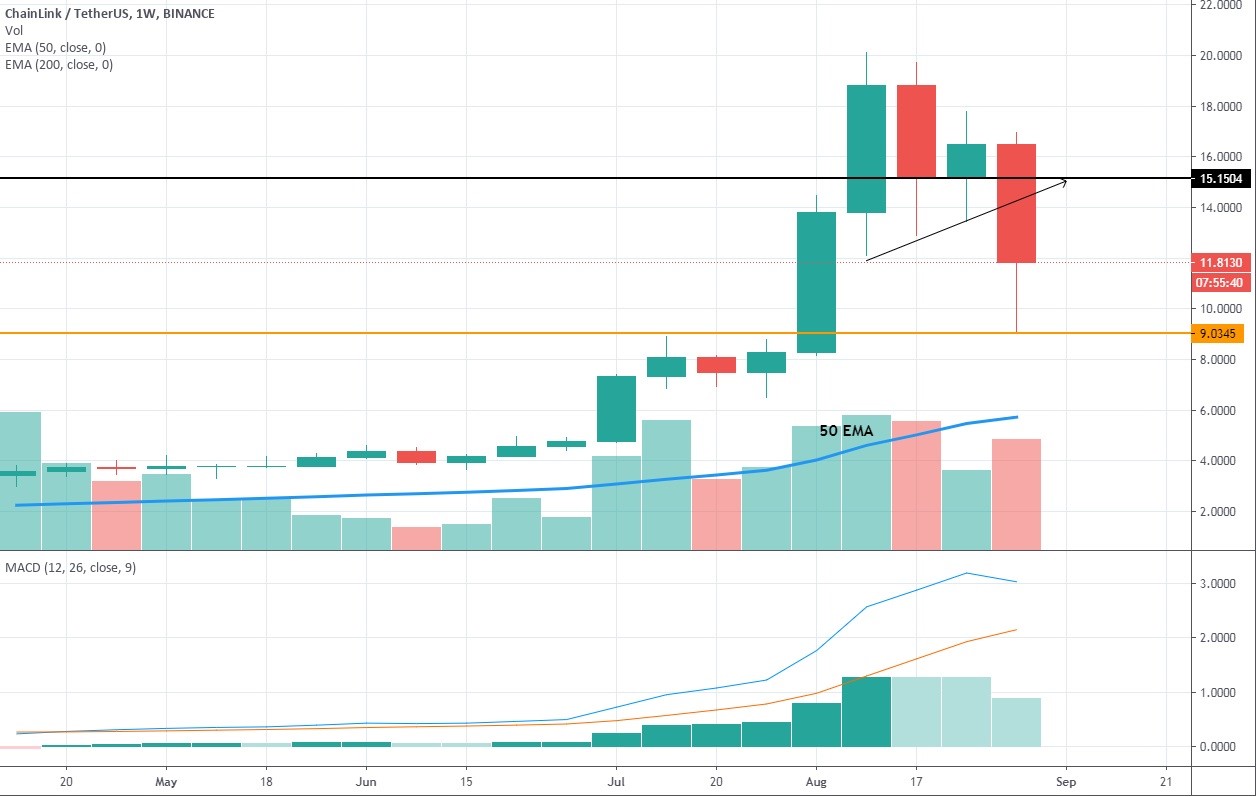 Nevertheless, Chainlink is far from being labeled bearish as the current price action still takes place way above both 50-period and 200 EMAs, thus indicating the uptrend on the macro level remains intact. However, a deeper pullback, the possibility of which is still high, judging from the showing of the MACD indicator that is heading towards the bearish crossover, would take out the higher lows at $7.5 and make $6 the last outpost of the bulls. Given the fact that for the past two years, the cryptocurrency market tends to fall into depression during the autumn period, a trip to the area between $6 and $8 on the part of LINK is very likely. 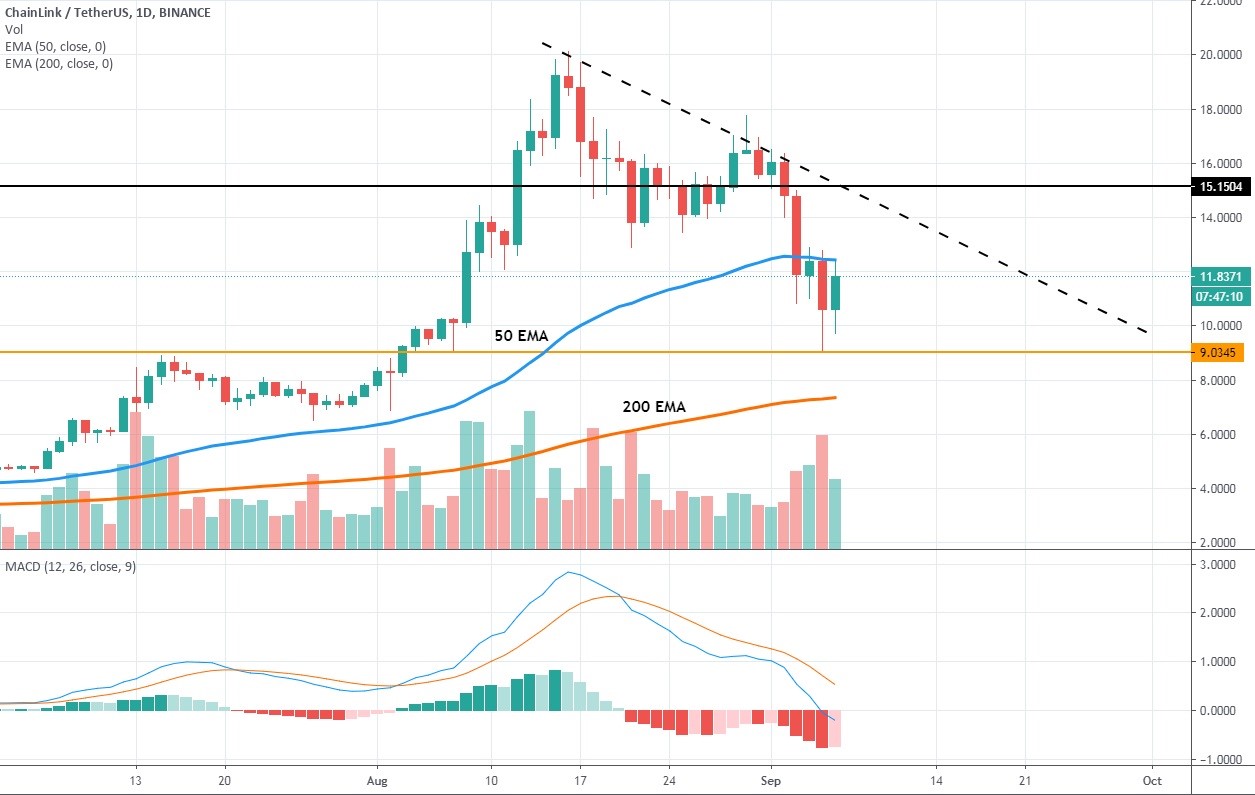 On the daily time frame, LINK has already sunk below the 50 EMA and now appears to be forming a descending triangle pattern that promises several days of consolidation near $9, upon which the price is likely to break to the downside.