Ontology (ONT) is one of those top altcoins that had suffered from the notorious Crypto WInter of 2018. In March of 2018, when Ontology was first listed on major cryptocurrency exchanges, the price barely reached $2. As we all remember, that period happens to coincide with the bear market that was just beginning to gain its fortitude. Consequently, ONT couldn't have reached its prime in terms of the price due to being constantly pressured down by the bears.

Nevertheless, the coin did have a show of strength right after its introduction to the crypto community. By May 3, the value of Ontology had reached an all-time high of $10,09, before entering a lingering correction phase that lasts to date. 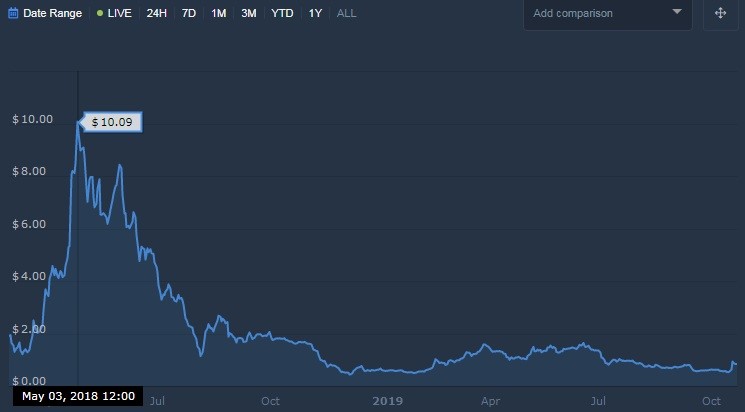 Judging from the fact that Ontology belongs to the so-called third wave of cryptocurrencies, which had emerged after 2017, it is possible to presume that ONT could be somewhat undervalued since it missed the hype bubble by just a little, thus hadn't had the same media coverage as older altcoins. It remains to be seen whether the team would be able to compensate for such loss of public attention with a strong media presence. It should be noted that all project's social media accounts feature regularly published announcements and content, which proves that the Ontology team carries on the development of the ecosystem of public blockchain networks that can be incorporated with various decentralized applications. Ontology also facilitates the interaction between different groups of blockchain protocols. The general purpose of ONT is to fulfill the role of a means for staking in consensus. But enough with fundamentals, let's get into Ontology's price action in 2019 and its expected performance in the near future.

It is quite amusing, but those who had opened their trading position in Ontology at the inception of 2019, rather than the ones that bought a batch of tokens right at the time of exchange listing, can close them now at a profit of 41,12%, as proven by the statistical extract below.

As for the latter, they are currently dealing with a negative return on investment, which amounts to -67,54%.

Over the course of 2019, ONT had established a healthy resistance level at $1,6, which had been breached only once on June 26, when the price of Ontology had hit its yearly high of $1,77. After that followed a steep correction, which now shows signs of the commencing bear market. 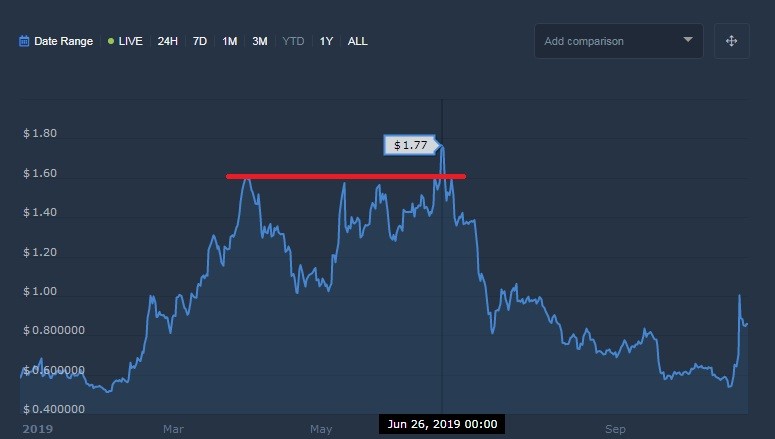 Considering that the Ontology team is preparing the launch of the ONTO testnet version 2.2.0, with the simultaneous testing of the WASM solution, the price of this cryptocurrency could have a bump by the end of the year. Should the launch of updates be delayed, ONT could keep on consolidating, or even take a slight dip by 5% to 10% in the last months of 2019.

In that case, the price improvements of Ontology would be postponed to 2020 that could align with the long-awaited "alt season," which could begin during the first quarter of next year.