In our opinion, Cosmos (ATOM) is an altcoin that deserves a much broader recognition than it has now because of the efficient underlying technology that is being constantly improved by the core team. Cosmos’s ecosystem accommodates arguably the largest pool of interconnected and interoperable blockchains and related projects that continuously contribute towards its development.

Besides, the latest analysis reveals that the overall liquidity of this cryptocurrency, as well as the project in general, has been increasing significantly over many months, which adds to the coin’s overall health and its appeal to the investors. The team expects an even larger influx of investors after the release of the IBC system upgrade that is said to bring the system interconnectivity to a whole new level. However, the launch date of IBC remains unknown, which leaves traders and investors wondering about the optimal spot for position-taking.

Did ATOM finally bottom out?

Last week has surely been terrific for ATOM as it made a 40% stride to the upside in the USDT market, and also made considerable progress in the BTC and ETH markets - 39% and 33%, respectively. However, the all-time chart shows that there have been no significant changes in the overall price flow as of yet.

Cosmos has been plodding to the upside ever since the latest market crash in the fashion, similar to the one seen during the previous cycle of price action, which concluded when ATOM reached the all-time low at $1,13. But the price movement dynamic is slightly weaker this time around, explained by the precarious situation in the global economy that causes many investors to refrain from entering the altcoin market.

After interacting for several weeks with the support at $2.4, ATOM has finally exploded to the upside. Following the two weeks of intense bullish action, Cosmos will seek to establish a new line of support that is going to be either at $3.3 or $3.7. 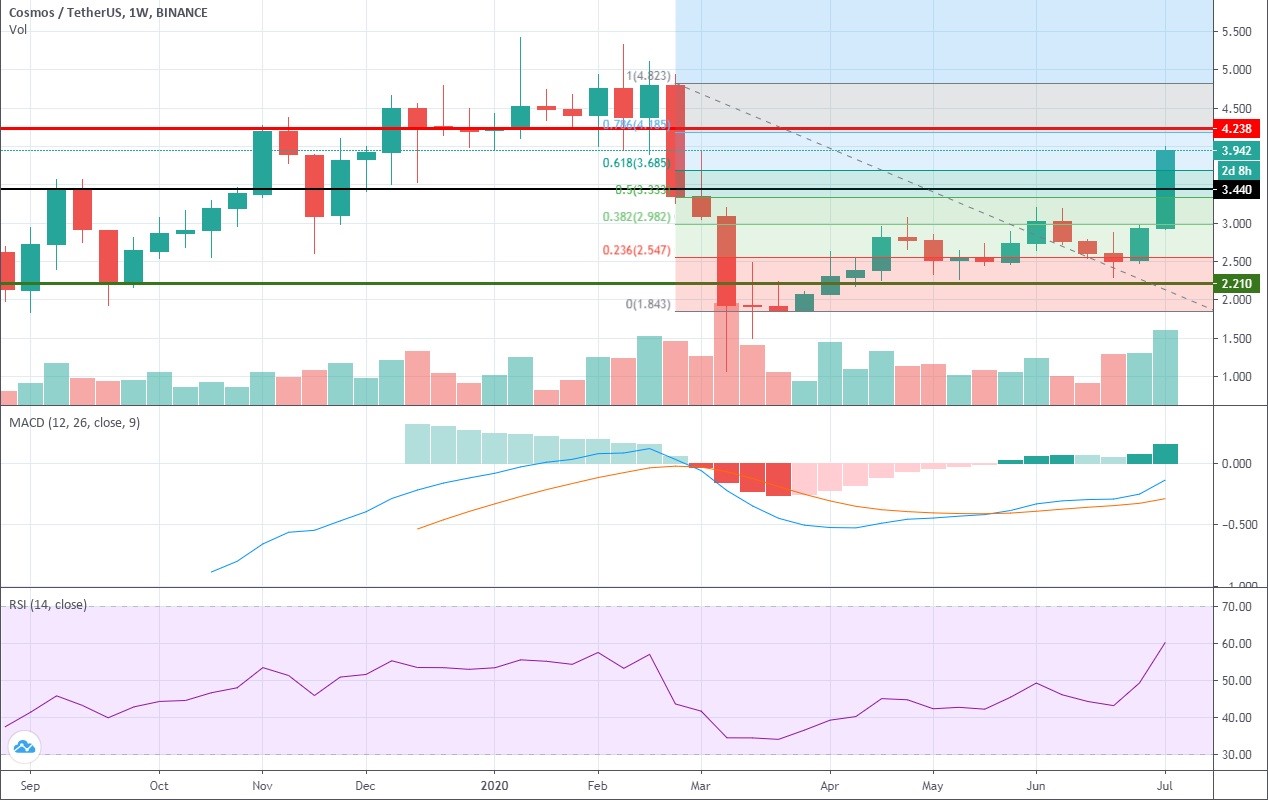 As for the ultimate price, we have established it at $4.2 - a convergence between a tough resistance at $4.2 and the 0.786 Fibonacci retracement level that will be tough to beat for a coin that can’t boast a huge average daily trading volume that rarely exceeds $200 million. Therefore, there is still time left to execute a quick long trade by entering the market at the point that we will determine on the smaller time frame, and exiting close to $4.2. The precise exit spot must be determined in accordance with the situation in the orderbook when the price crosses $4.1.

The 4-hour time frame tells us that Cosmos might have one more retracement before hitting the resistance and entering the correction mode. 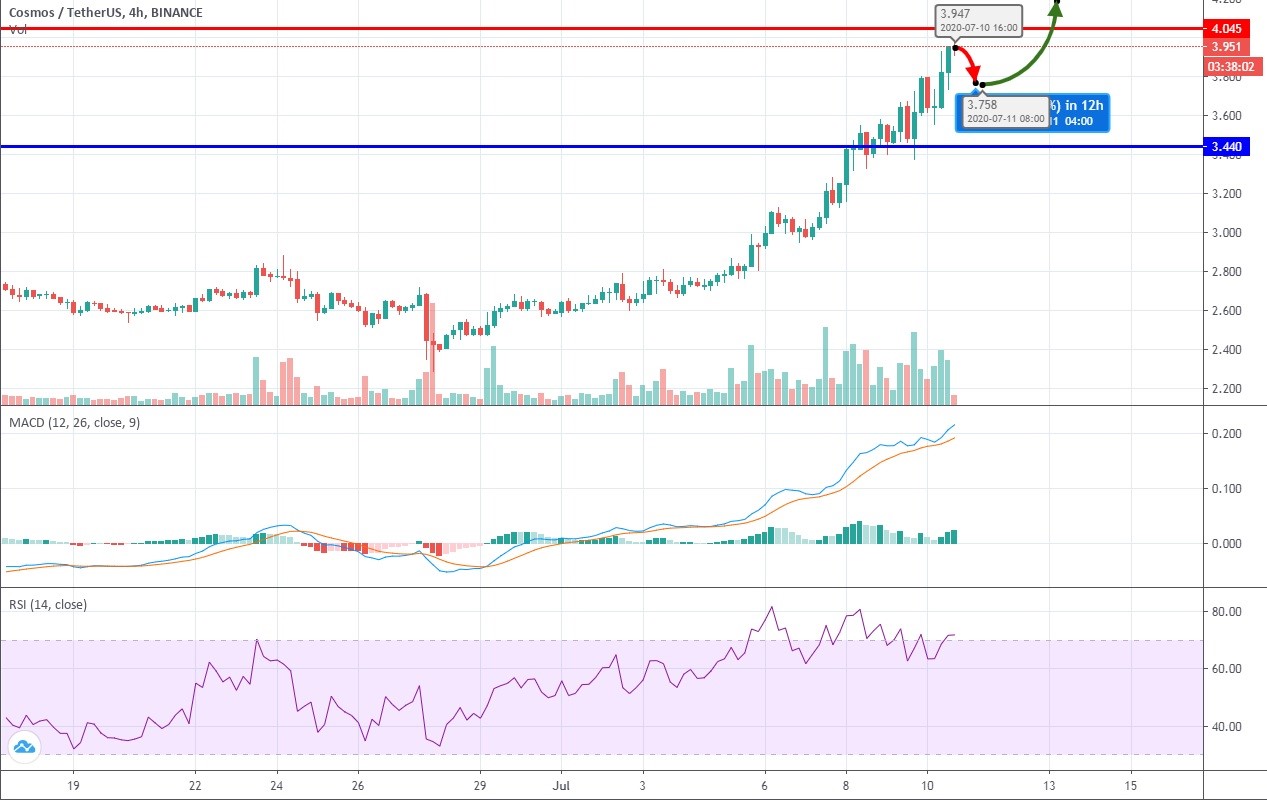 But note that this particular bullish rally is characterized by small retracements that rarely exceeds 4%. Having taken that into account, we expect ATOM to drop to $3.7 in the course of the coming day, which would be a good entry point for the aforementioned long trade. Since there is an enormous bearish divergence on RSI, the price correction must be around the corner.